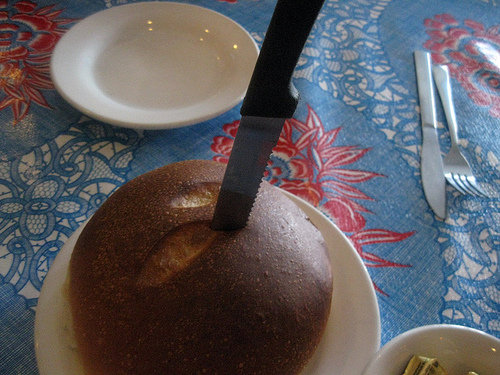 In my last post about dating, my friend accused me of not being more open. I thought she was calling me picky which I mentioned to her last Friday at dinner. She quickly said she wasn’t calling me picky but if I wanted to be, I had every right to be. 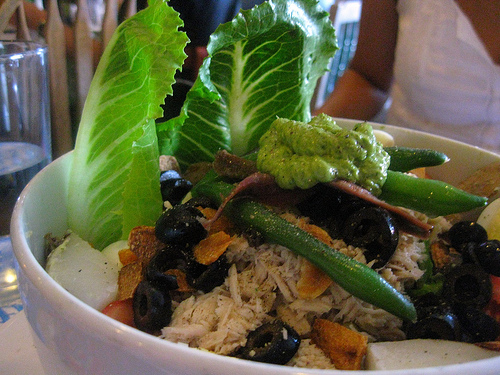 I told her I tried to follow her advice and be more open. I even went as far as going on a date last month. I haven’t written about this date because it was a very nice date but I did not feel any connection to the guy. I felt we lived in two different worlds. Okay, maybe I was a tiny bit bored though he himself was quite interesting. Maybe it’s a sign of getting older and as much as I want to just go on each date as if it’s just a date, I can’t help but wonder how our lives will mesh. And I don’t see myself meshing with him. For one thing, he doesn’t drink. And I’m running a contest to find LA’s Best Bartender.  Do you see the mismatch?

What I had been excited about was the guy seemed to care about food. But not in that food blogger way. On the date, he mentioned he read my blog (which I had not made a secret as it’s in my email signature) but I was still surprised. He liked my choice of the date venue.

I actually think I’m very open. I have dated guys who either had a food allergy or were straight up vegan. I have yet to really come across someone who’s as adventurous as me. Sure, my last boyfriend claimed to be but we ate at the same 5 restaurants every week. I can’t even imagine that lifestyle anymore. Or the time I was with someone who couldn’t drink due to medical issues. I want to live my life the way I’m living it now, just with a partner.

During this dinner with my friend, I was thinking if she was a date, I couldn’t be with her. She drinks water with no ice, doesn’t eat dairy, is generally “healthy” (she had the salad) and chose not to eat the bread, made me feel weird when she noticed I didn’t eat my potatoes (because I saw she wasn’t eating carbs) and announced she just did 200 sit-ups before I had a chance to order dessert. I chose to not order dessert. I was doing that thing I hated- I was compromising. No, I was conforming to my dining partner.

I don’t want to conform!

You might think then I want some sort of fat slob. Not really. Unfortunately, I tend to like guys who are stick-thin. Opposites, right?

Project Be More Open was a bust but the Minty Dating Machine is warming up again.

** All food pictured from Masa of Echo Park

5 thoughts on “Project Be More Open”