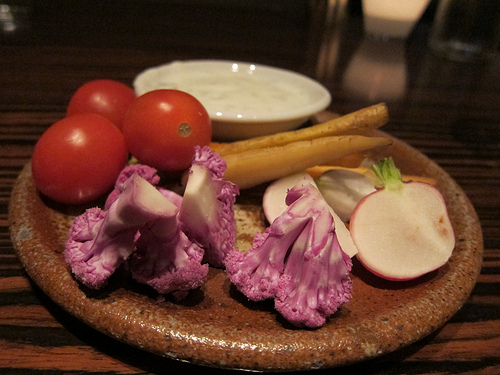 A few months ago, I bought a Bloomspot deal for RH at the Andaz in West Hollywood. It was essentially a buy-1-get-1 free deal. For $45, we got a six-course “Southern French” tasting. It took a few months for me to actually use it and on the week it was to expire, I rushed over to the RH with my fine dining partner. She and I were looking forward to catching up.

They sat us in the very corner of a rather empty restaurant. But we did have a somewhat good view of the open kitchen. Our server seemed a bit robotic at times. I can imagine reciting the same menu for months for deal seekers must be quite trying. She didn’t even bother to give us other menus. Eventually we had to ask for cocktail menus. All this wouldn’t  have bothered me if my friend hadn’t noticed. As a server herself, she tries to give someone the best experience and she was not impressed our veggie plate arrived with a spot of dip on the plate and even with her sweetest smile on, she couldn’t get our server to crack.

Food started arriving and things were looking up. A hostess would stop by occasionally with a warm smile for us. 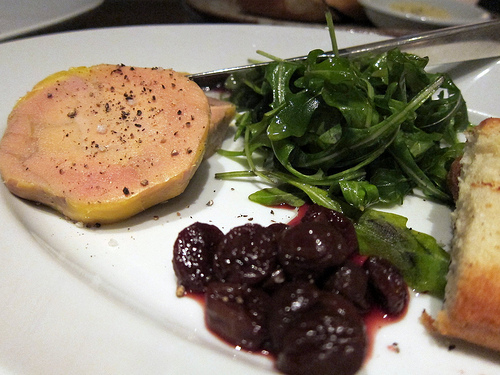 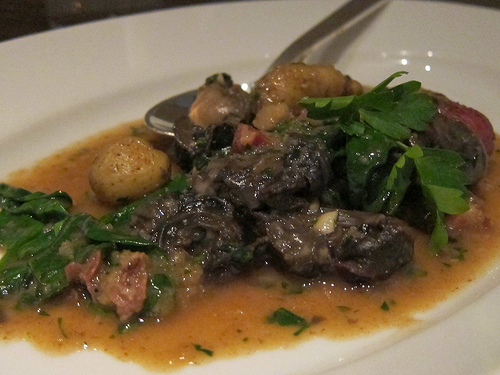 The six-course tasting was served in pairs. First we got the Hudson Valley foie gras terrine. It was served with a plum marmalade, housemade (buttery!) brioche and a small mound of arugula. I quite enjoyed this but we eventually had to leave some foie behind (I know!) because our next courses were coming and we were getting full.

I’ve decided that every time escargot is served on a plate on not in neat escargot dishes, it just looks untidy. I feared the lumps on the plate were going to be tough. But it turned out it was quite fine. I liked the sauce. 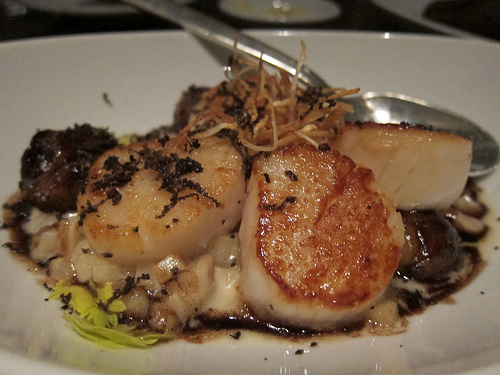 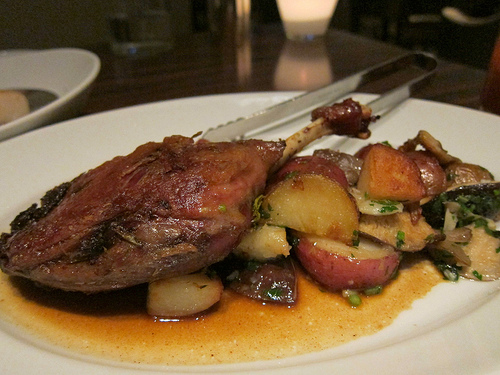 Next up were the seared diver scallops with a sweet corn gnocchi and a Hudson Valley duck confit. The scallops were nicely done and I enjoyed this dish. The duck was however very dry and I was really disappointed since duck confit is one of my favorite dishes. I did like the perfectly crispy potatoes though. 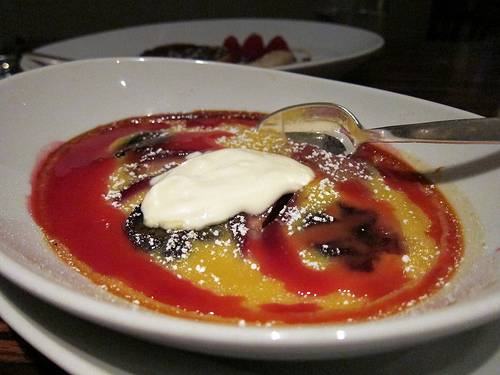 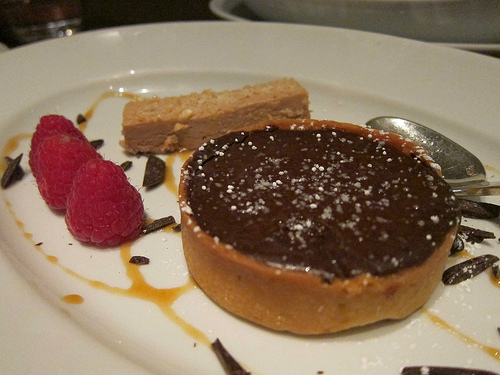 We ended with a cherry clafoutis and chocolate pie. The clafoutis was unlike any I’ve had before. Neither of us liked it. We stuck mostly with the chocolate pie. It was familiar and I liked the praline bar and roasted hazelnuts. 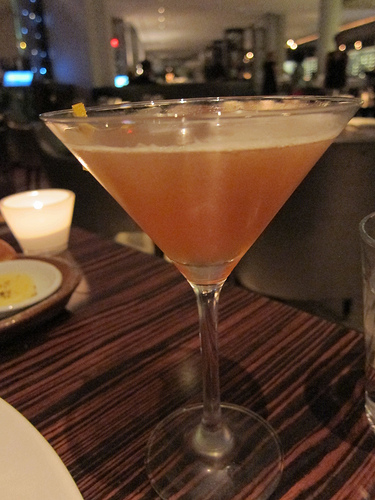 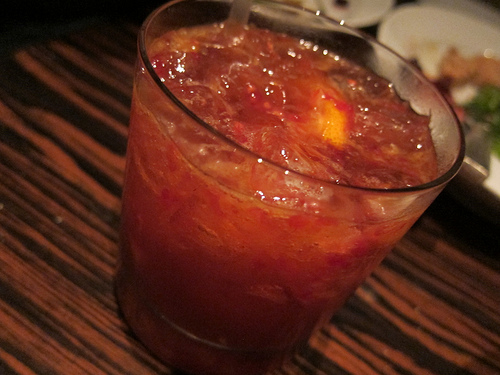 What I love about  my fine dining partner is we both love bourbon. We ordered the two bourbon cocktails on the menu and she ended up liking my Chamomile (Woodford Reserve, organic chamomile, St. Germain, lemon, agave) more than I did and I happily accepted her blood orange old fashioned (Woodford Reserve, Red Blossom Farm blood oranges, raspberries, agave, bitters). 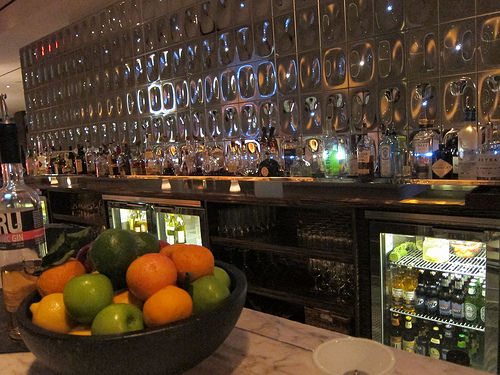 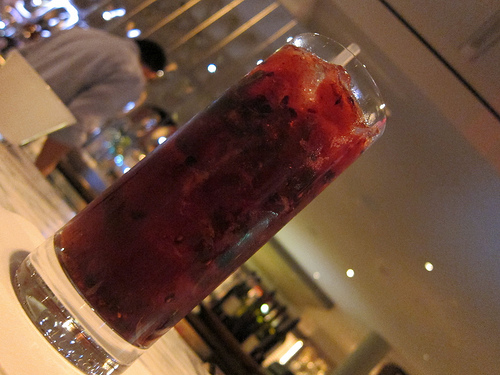 After dessert, we decided to get a drink at the bar. My friend ordered the Chamomile but on the rocks. I decided to get a rum drink with blueberries. It was very fresh and quite fun to see the bartender mixing up cocktails with various fresh ingredients including one with sage for a lady next to us.

After using up my last deal, I think I’ll hold off on buying such things for a while. It was a really wonderful opportunity and our meal turned out to be fine but after all that excitement and looking forward to the meal, we ended up being very nonplussed about it.

RH at the Andaz

Leave a Reply to the minty Cancel reply