What is a Chimu?

Chimu, named for the ancient people of what is now Peru, is not in fact a mythical dragon-like creature as depicted above. But it’s a cute mascot anyway. 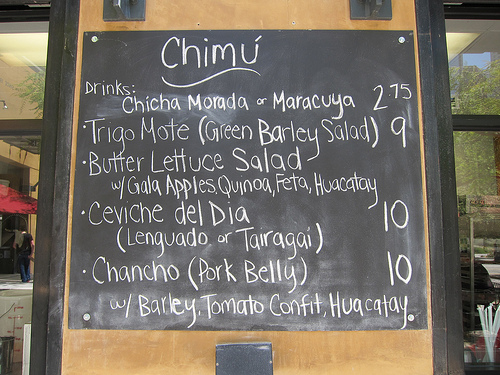 on the lighter side

Chimu recently opened on the Hill Street side of Grand Central Market. If you’re trying to find it, don’t go into the Market as it’s actually tucked away behind some tables with a walk-up counter on the outside.

The menu seemed familiar as I’ve eaten at Mo-Chica and other Peruvian restaurants. But also, strangely the Lazy Ox. The guy who took our order (on an iPad no less!) mentioned some dishes were inspired from Lazy Ox where he worked previously. He explained their green barley salad was similar to Lazy Ox only in the sense they both use feta (at lunch) but the flavors were different. 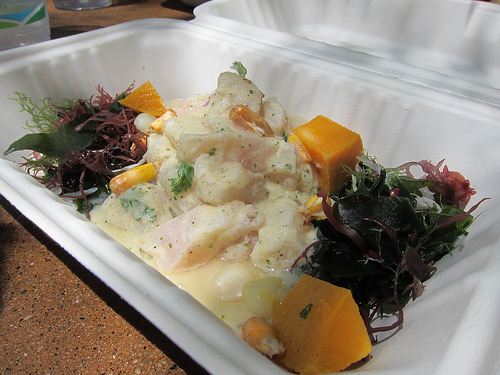 This ceviche eerily reminded me of Mo-Chica’s version. 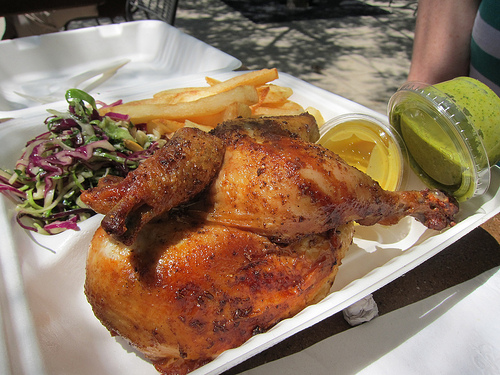 One of my favorite dishes at A-Frame is the Peruvian beer can fried chicken. Chimu’s version is good as well. 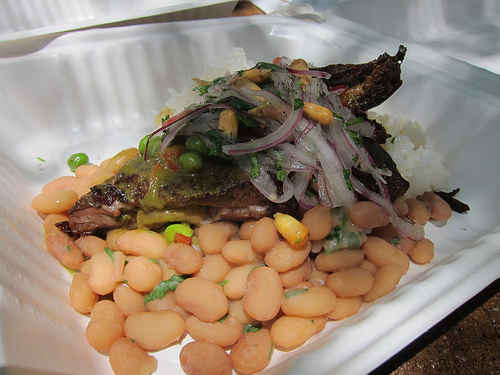 The lamb belly came with rice and beans.

There are the baby tomatoes and belugua lentils with the lengua.

The Grand Central Market is always a good spot to hit for DTLA lunch.

4 thoughts on “DTLA: Lunch at Chimu”