Last month, over 30,000 attendees descended upon the Nightclub and Bar convention in Las Vegas. The last time I had been to the convention center in Vegas, it was for CHA- the Craft and Hobby Association convention. The crowds were noticeably different but they were there for the same purpose- to buy for their businesses. This is where you come to see and in NCB’s case, sample the new wares. You can order everything from twinkling lights to industrial sized toilet paper holders. 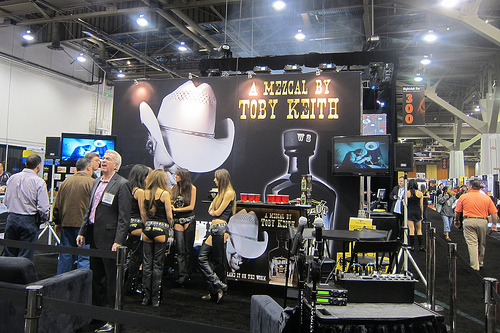 Some vendors flanked the front such as Beam, Heineken, Wild Shot Mezcal by Toby Keith. We started down the New Liquors and Beer section pausing to taste here and there. I carried along some beer from Magic Hat as a chaser gradually inching towards my beloved whiskeys including Scotch. At 10 AM? Sure, why not? It’s NCB time!

deck out your bar with these lights

I have to say, Magic Hat had the best swag. They were giving away Magic Hat condoms. Magic hat for your you know…hey, we’re in Vegas right? It put the 5 bottle opener keychains I picked up so far to shame. 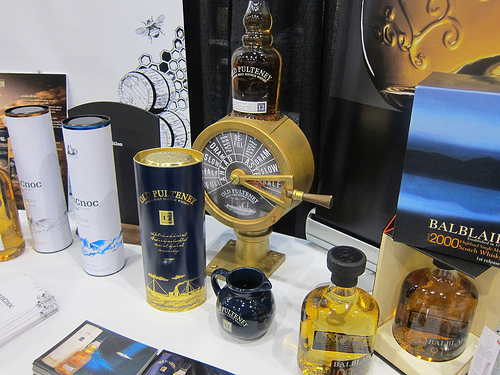 Scotch and other delights

I started puzzling about the major distillers being there like Beam. Everyone knows their products, right? Why would nightclub and bar owners need to see you? Well, so they don’t forget you. In the meantime, smaller liquor companies are fighting for that piece of the American market. Quite a few I talked to weren’t carried in LA but they hoped to. And some wanted to start in Vegas. So you will see a lot of flashier spirits. Many I could see at nightclubs.

As mentioned previously for my Malibu Red post, I discovered a category called “Ready to Drink.” These spirits are mixed and could be ready to drink with ice or served chilled and neat. SX comes from Miami and is one of the companies hoping to open in Vegas soon. They have these rather sexy bottles and have mixed rum, cachaca, vodka, tequila with flavorings. The SX Cafedoble, a coffee and tequila mix, was pretty strong. The SX Calypso reminded me of a mojito. 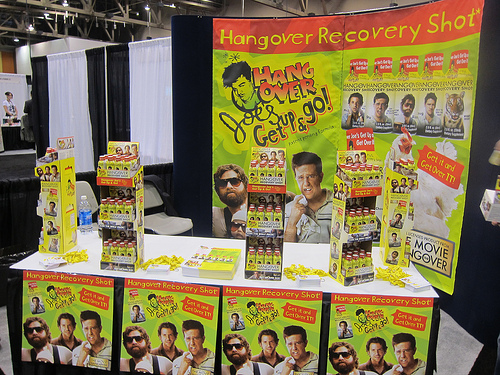 Hangover Joe’s– get up and go. Having never attended one of these conventions before, I probably shouldn’t been too surprised by the abundance of hangover cures. Everything from “shots” to patches. I collected one and tried it after the big Social Mixology Blowout. I also took a bunch of advil but I have to say it was a great day. Maybe I should stock up. Or check out Drink Spirits Hangover Cures guide. 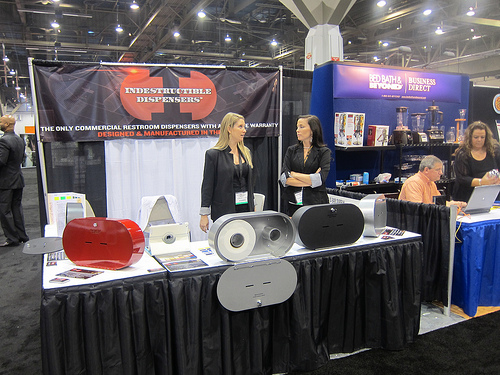 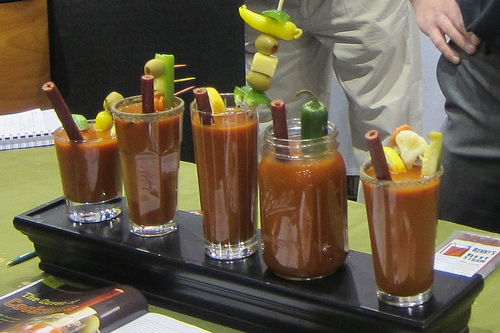 I don’t think I can ever be a bar owner if I have to deal with buying waterless urinals and beef straws.

Sometimes I wonder about people’s marketing plans. Cougar Juice Vodka? Who is the target market? I cannot imagine a woman really ordering it.  And would a guy drink it? 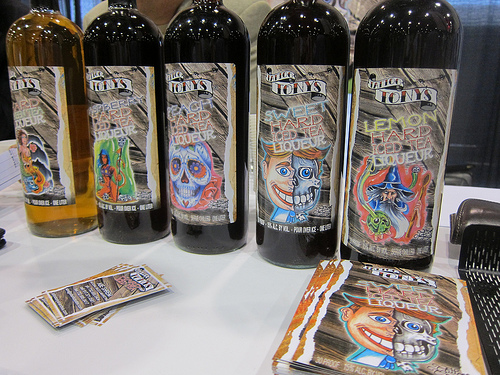 I did try to sample new spirits but would be drawn back to known and well-loved products like Michter’s rye. They told me they had a hard time keeping it in stock in LA which I joked it must have been because I was drinking all of it. Pleased with their product, I did try their biscotti liqueur their distributor was offering though I readily and easily bypassed the sweet tea liqueurs and flavored whiskeys.

I wonder if this biscotti liqueur, Faretti, is the same as I tried at Sotto? In any case, it wasn’t too sweet and it would be great drizzled on ice cream as well.

I thought these were the greatest bottles from Old Smoky Moonshine. True to its name, my eyes watered a bit when I tasted the moonshine. I dare you to try one of their cherries.

It’s not all about the booze of course. I wandered over to try new flavors of Bundaberg. I love their ginger beer. This day I tasted the guava, pink grapefruit, peach (Peachee) and blood orange.

More love to LA from Greenbar Collective! I’m familiar with the Tru vodkas and gins,  Crusoe rums but hadn’t tried the Ixa tequila before. They also carry Fruitlab liqueurs and Bar Keep bitters. 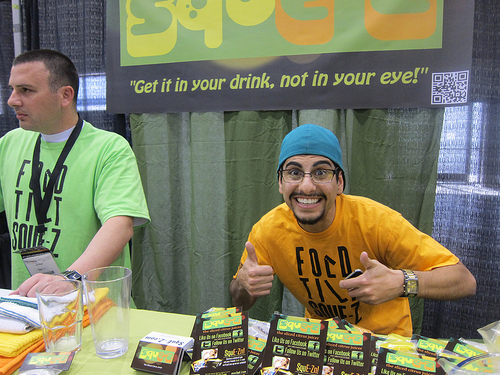 And making its way from San Clemente, California comes the SqueE-Z, a plastic doo-hickey that protects your drink from the bacterial on sliced lemon or limes. How does it work? Simply insert and squeeze. Note, the shield is supposed to help cut down on getting juice in your eye. The guys told me one of the plastic guards can last at least 50 washes. Will this be the next purse hook? Will people bring their own? Well, they’re hoping you’ll buy from them and put your logo on ’em for your bar.

To hear how Russell Davis modestly describes being selected as Nightclub & Bar’s Bartender of the Year, the process is simple…someone checks him out and makes a recommendation. But to be sure, he must have figured into their thought process long before. A Texan, Russell worked previously at Peche in Austin before moving to SF where he tended bar at Rickhouse. I first met Russell at Portland Cocktail Week last year. He competed in a couple of competitions; Triple Buck with the Bon Vivants and Robots vs Bartenders. Who couldn’t love this dancing cowboy?

Nightclub and Bar is a great convention. It’s not just for buying products but also getting in touch with what’s happening with the bar trends. Bartenders like Russell and Josh are the ones to watch.

Other links of note:

See all my pictures from the NCB convention here. There’s so much more!

Shake it Up 2012 Mixology Competition