The Ace in Downtown Los Angeles has changed its restaurant from LA Chapter to Best Girl. It’s named such for the first film screened at the theater in what is now the Ace hotel. The restaurant is operated by Chef Michael Cimarusti, one of my favorite chefs. He also has Providence and Connie & Ted’s.

Our group of 6 started with a dozen oysters. We got an equal mix of East and West Coast oysters. As usual I thought the West Coast ones were tastier. I won’t give up on the East Coast though. 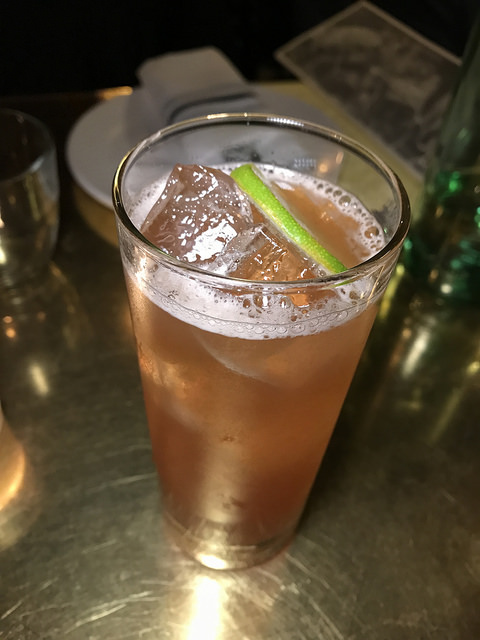 I ordered a Top Sheet which was an interesting mix of rum and sherry. It felt tropical without going full on tiki. It may have been a chilly night but it was warm indoors with good cheer. 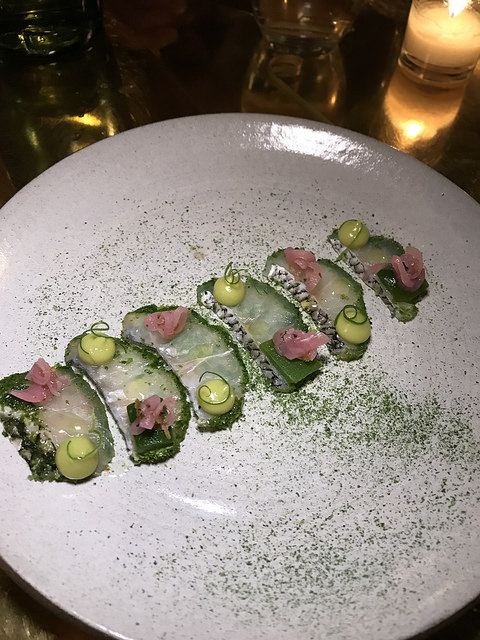 We also shared the crudo was beautiful. The fish is dusted with aonori (seaweed), with bits of jalepeno, avocado and tortilla salt. I would have loved another piece. This appetizer is great for two people but when shared with 5 others, I only got one slice. Ah!!! 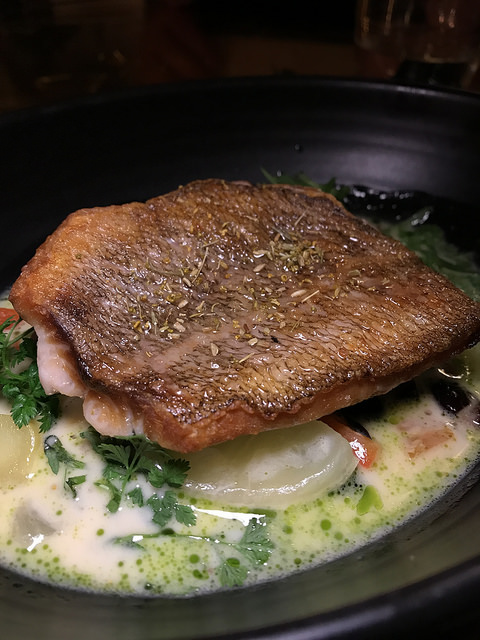 One of my friends ordered the rock cod. Her husband declared this the best dish of the table though I didn’t taste his grilled hanger steak. I’m going to keep this in mind the next time I’m feeling (more) seafood (always).

We got a couple sides of mushrooms. I love mushrooms.

One of my other friends was debating the Jidori brick chicken or the burger. Our server suggested the chicken. I’m glad she did. The chicken was extra juicy and there was so much of it as well.

When I originally looked at the menu, I had thought about the Duroc pork chop. I didn’t get it but my friend did and I’m so glad she did. I got a delicious tender bite every now and then. I’m getting this next time for myself. What made me laugh was there were three ladies at the next table who looked at our table and decided to get one pork chop to share as well as one pasta. True, that is enough food for all of them but I’d want a third entree to make sure there’s more than enough.

I got the tubettoni spicy pork ragu (shown without extra cheese). I liked how perfectly al dente these fat pasta tubes were. It’s even fun to say, tubettoni! 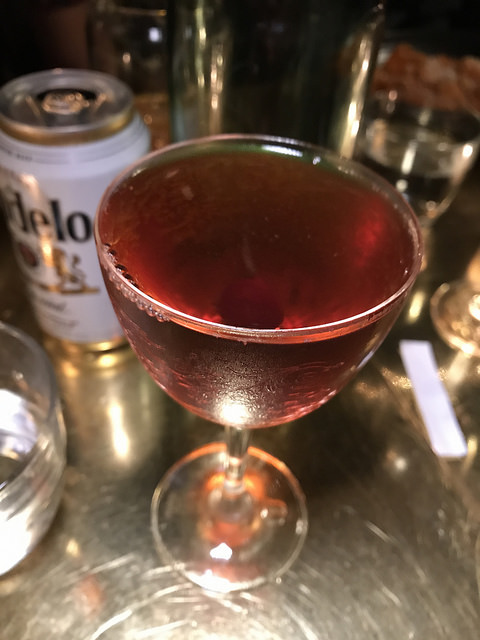 I had tasted my friends’ drinks and decided I was going to go off menu and get a Little Italy. The server asked what was in it and she exclaimed, “oh yeah, we have Cynar.” This was really well-made. I (and several other whiskey drinkers at the table) loved it.

We couldn’t decide on dessert at first but ended up getting coffee and dessert after we let our meals settle a bit. I was interested in the Bardstown pudding for the “bourbon-scented” sticky toffee aspect. It was good. I’d almost give up on the blackberry compote in favor of more creme fraiche ice cream. 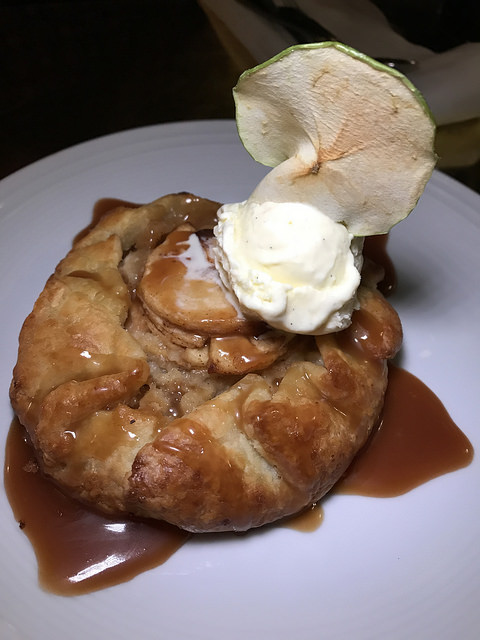 However, we really liked the apple crostata. The flaky open faced apple pie was just perfect. And I loved the cider syrup!

Best Girl at The Ace DTLA

One thought on “DTLA: Dinner at Best Girl, Ace Hotel”