Mid-City: Checking Out No. 10 Restaurant

No. 10 Restaurant on West Third has been open a little over a month now. It’s named after owner Alessandro Del Pierro, a football (that’s soccer to Americans) player who wore a #10 jersey for three teams; Juventus, Sydney Football Club and Delhi Dyanamos.

We started our meal with various antipasti including a meat and cheese plate. 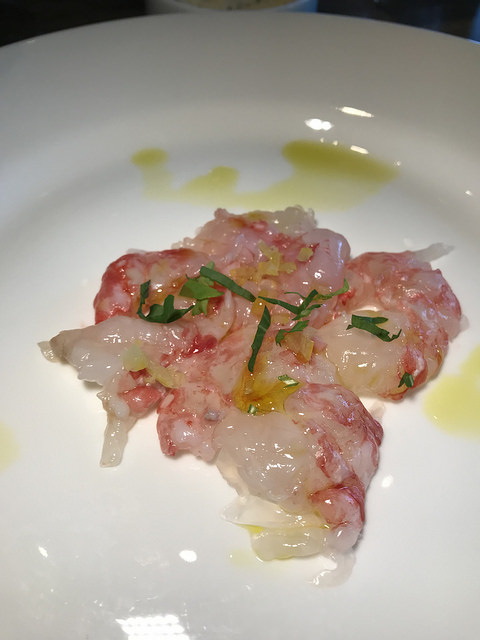 While No. 10 is a modern Italian restaurant, some food stuff is sourced locally including Santa Barbara prawns. 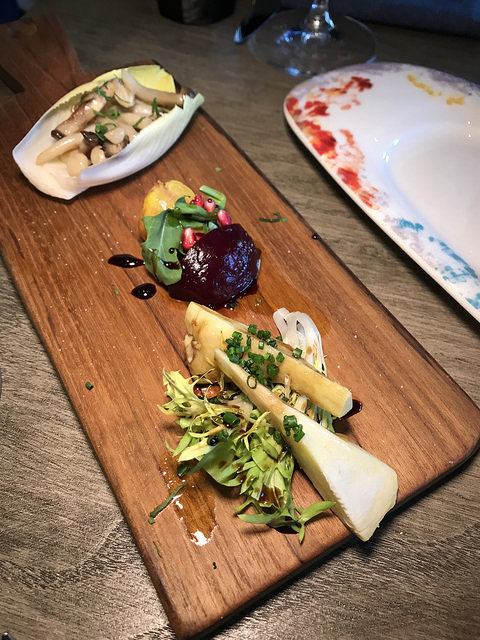 We also had a variety of veggies including marinated mushrooms in endive cups, beets with a blood orange-pomegranate salad and artichoke hearts with a celery salad. 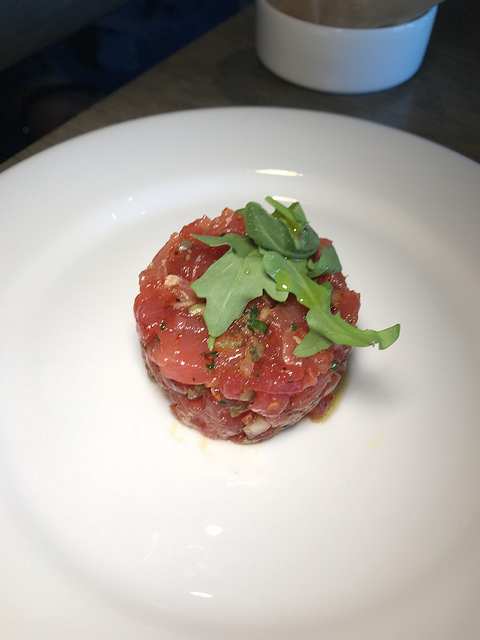 I loved the tuna tartare.

One of the great hallmarks of Italian cooking is seafood. This octopus was interesting with yogurt and celery leaf salad.

I also really enjoyed the carne cruda. This was mixed with whole grain mustard and lemon. Cured egg yolk was grated on top.

No. 10 also has pizza. We tried the regina margherita. This simple pie had a lot of flavor.

For our mains, we got the artichoke ravioli. This was interesting with shitake mushrooms and kale pesto with pumpkin seeds. It was a little bit salty for me.

The Mediterranean sea bass (aka branzino) was presented on cellophane, like an opened present. Lots of zucchini, cherry tomatoes, olives and potatoes.

For dessert, we had tiramisu. How could we not try the classic Italian dessert at a very Italian restaurant?

However, I enjoyed the semifreddo best for dessert. This one was like updated Neapolitan ice cream.

I’d return for that carne cruda, tuna tartare and to try the cocktails! I’m also interested in the pasta including the lasagnetta, paccheri (lobster pasta) and the gnocchi norcina.

One thought on “Mid-City: Checking Out No. 10 Restaurant”