Greenz on Wheelz: Lettuce Serve You 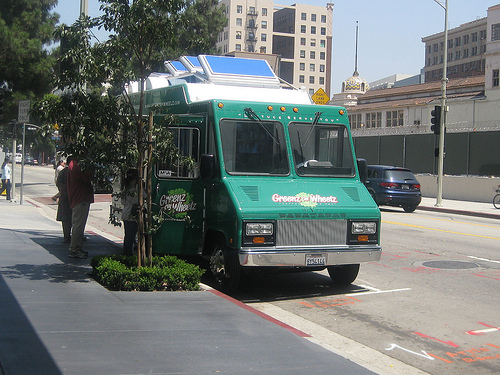 When my buddy the Salty Lawyer mentioned Greenz on Wheelz was her brother-in-law’s truck, I thought it was such a good idea. I love salad. I can eat veggies for days. Of course, I’d never give up meat but sometimes you just need to detox and eat whole fruit and vegetables. 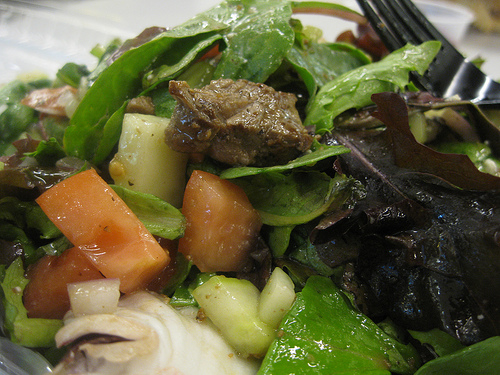 Although it appears to be not a lot of steak, I started finding more as I dug through the salad. All the ingredients were very fresh. I did think though it was over-dressed. Next time, I’d like less dressing or dressing on the side. 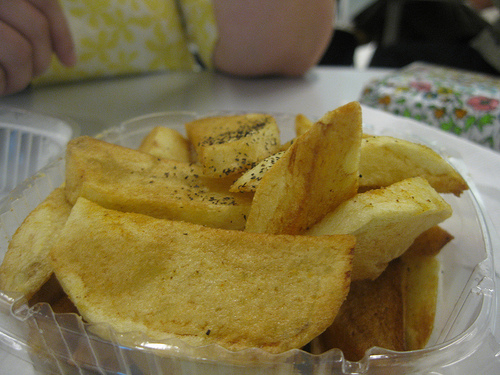 The truck had set up so early outside our office building. I was reading their tweets and learned they were prepping the potato wedges. My coworker got these. They offer sea salt and other condiments to go with including vinegar! But since these weren’t mine, I couldn’t fully customize it how I wanted. I would suggest maybe putting out a shaker of cajun seasoning. I would have also liked the wedges to be crispier but some people like more potato-y fries/wedges. I like mine closer to chips quality. Of course, I also don’t like breakfast potatoes and like hash browns. I’m a skinny fries chick.

Overall, I’d be interested in trying more of their salads including the Greek and Chinese Chicken. They also offer wraps, gourmet potato chips and gourmet sodas like Boylan sodas.

**Full disclosure- Greenz on Wheelz truck workers didn’t know who I was when I visited the truck. I was just another anonymous office drone getting her lunch.