The above was written on our “experience” menu which is the 10-course tasting at Graham Elliot. While I was researching restaurants in Chicago I wanted to try, I realized I wouldn’t be able to eat everywhere. I was on a few waiting lists but managed to get a reservation for Graham Elliot. The day of my reservation, I was trying to contact one of the restaurants for it seemed something had become available. But no one was answering their phone and their voice mail was full. I was distressed. I didn’t know what to do. So I tweeted it. Chef Bowles told me not to come in. He rather the reservation go to someone else who really wanted to go.

Well, who said I didn’t really want to go? I just had 3 nights. I had to make the most of it. And after a somewhat disjointed meal at Moto, I was ready to see why people are talking about this resto. And why President Obama made it his restaurant of choice when celebrating his last birthday.

I just hope I think they’re as awesome as they think I am (cough). 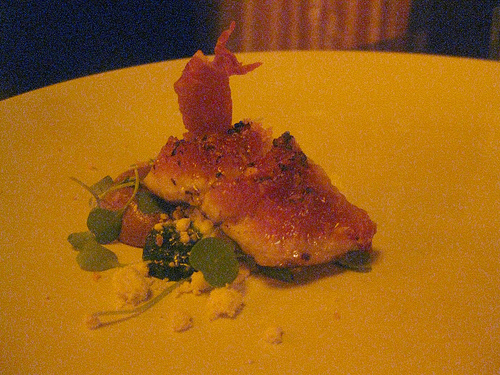 My dining companion wanted to do a tasting menu. I wasn’t keen on the 5-course so we went with the 10-course. Our server Jeff was very enthusiastic about the fig. After the truffle-popcorn (think of it as replacing bread service), this refreshing bite was great.

I’m fairly certain this dish is one of Chef Bowles’ signatures as he has pictures on his website (sidenote- I apologize for these yellow-tinged pics, it was very dark in the restaurant and I don’t use flash).

I was digging the anchovy and the brioche was fun to eat. Odd, I thought I didn’t like croutons? Well, when they’re chock full of flavor, they’re enjoyable. 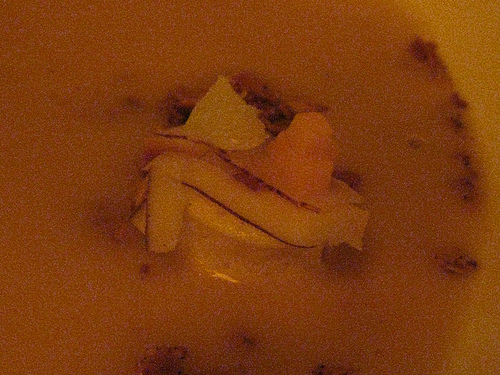 It must be Autumn if there’s a butternut squash soup on the menu. But it’s not just any butternut squash. This one had a marshmallow we were to swirl around until it melted. Quite different.

Pheasant sausage? How unusual. I liked the risotto it was served upon. There was some bitterness I couldn’t quite place though. The lady dining alone next to us told our server that she felt there should have been more cheese in the risotto but I found it creamy enough.

I did admire her though for dining alone and doing the wine pairings. How wonderful. 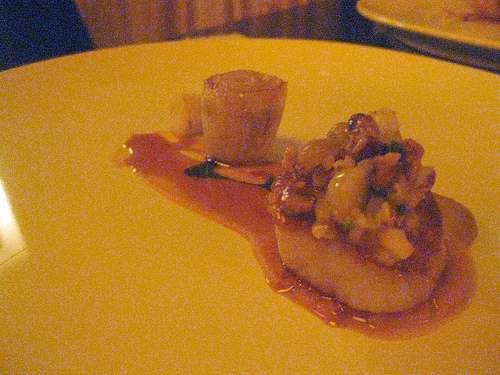 Having just had the most amazing scallop earlier in the week at the Raymond in Pasadena, California, I thought this scallop was fine.

I love, love, love spaetzle. I have a thing for Eastern European food. This dish was unusual for me since I didn’t expect fish to be paired with a buttery pasta. I’m almost thinking this would have gone better with the sausage.The char was very good though.

Chicken? When did it become haute cusine? It did showcase the autumnal menu well though.

After the chicken, there seemed to be a long wait for this wagyu beef. We were in sync with the lone woman next to us and suddenly it seemed the kitchen backed up. She was getting her dishes before us and we lost Jeff to her. At some point I even told the runner bringing our food he was new (to us). Although juicy, this beef was tough to chew. The foie are the two delicate frothy bits in front. 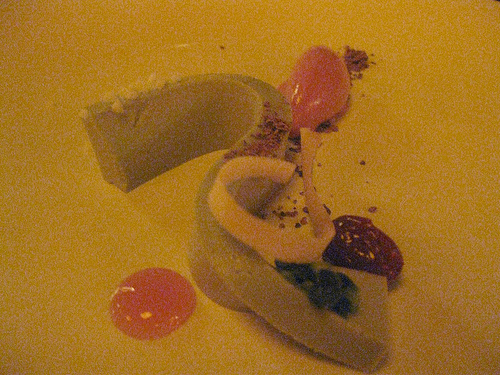 Alas, I must have been distracted because I only took a picture of the pistachio dessert and not the chocolate ganache. It’s just as well as I liked the pistachio more. I had to force myself to stop eating it because I was truly very full.

The chocolate featured another house-made marshmallow which I promptly gave to my dining companion.

I enjoyed hanging out at the bar. My cocktail (The Whip) was delicious. I didn’t think the music was too loud which seemed to be the complaint about restaurant. Service was quite friendly and most of the dishes worked for me. Now would I be joining Chef Bowles again? It’s hard to say. After all, I don’t live in Chicago and there are a bazillion restaurants I want to try. He’s just going to have to deal with that. But I do think he’s awesome, too.

2 thoughts on “Dining at Graham Elliot”