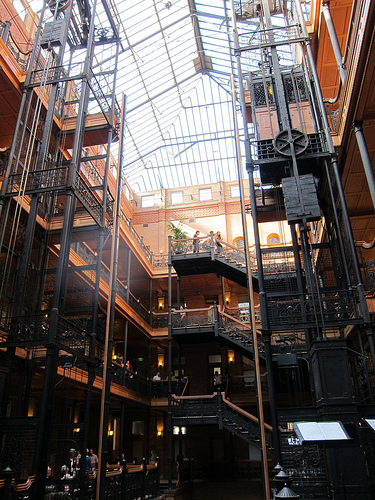 A couple of Sundays ago, I was enjoying a lazy Sunday afternoon in Downtown Los Angeles. Most people think of DTLA as a ghost town after 5 p.m. when all the office drones go home. It hasn’t been the case in a few years as cool restaurants and even cooler bars started opening. There are also sporting events, music and other cultural events. One of these days, I plan to do a walking tour of DTLA. I may be here often and admire the buildings but I would like a little bit more information. 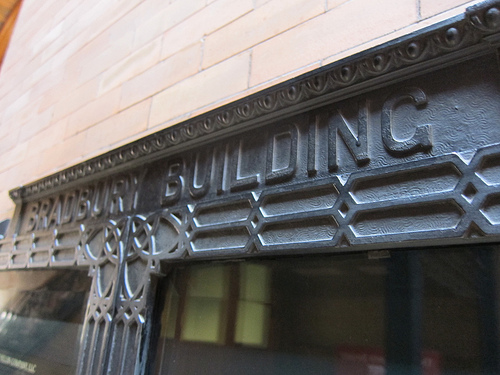 Take the Bradbury Building, a structure built in 1893 and is one of the few National Historic landmarks in DTLA. I went to a concert where Calefax Reed Quintet took the building into consideration when deciding on the program. Seats were lined up on the second, third and fourth floors around the atrium. There were standing room only seats on the fifth floor. 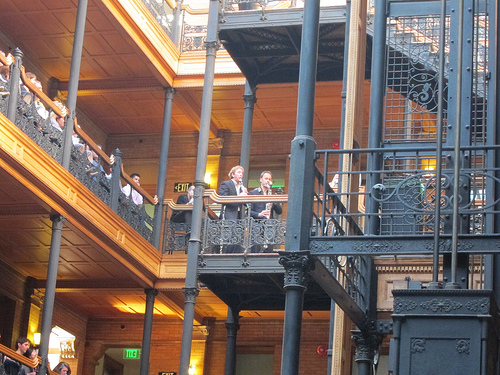 The quintet started at the fifth floor and they worked themselves down, sometimes even taking the open cage elevators where they continued to play from inside the elevator. It was a memorable concert and right up there with when I saw Cornerstone Theatre‘s production of Antigone (on roller skates!) at the old Subway Terminal building years ago. 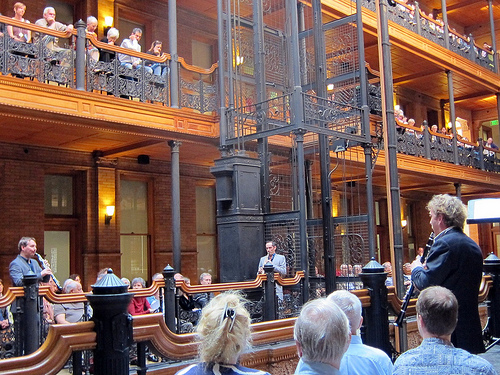 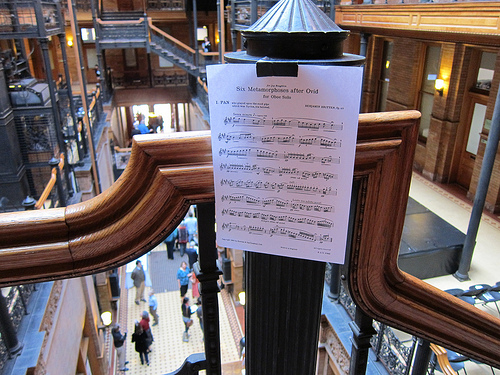 We were able to take a spin through the building before the concert and after. The building is probably best known for Blade Runner but other films and TV shows have used the building. There are also offices in the building.I find it fascinating the architect was inspired by a Science Fiction novel when he built the building and now there’s a certain Steampunk feel about the place. 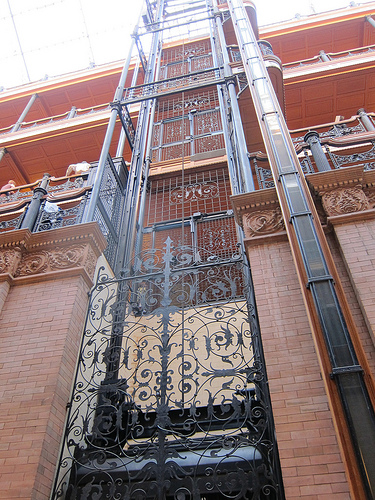 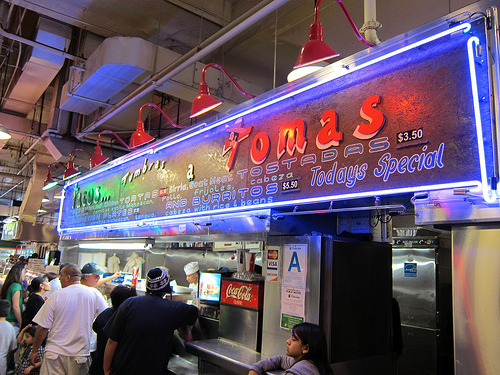 Across the street from the Bradbury Building is the Grand Central Market. We decided to get some tacos and head over to La Cita’s for their Bloody Mary bar. Tacos Tumbras a Tomas is crowded with people seeking the ginormous tacos. All other tacos seem laughably small in comparison. It’s worth the wait and at $2.50 a taco, you can easily feed a family. 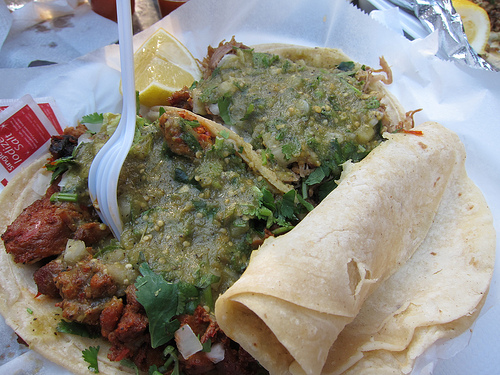 Tacos Tumbras a Tomas at the Grand Central Market 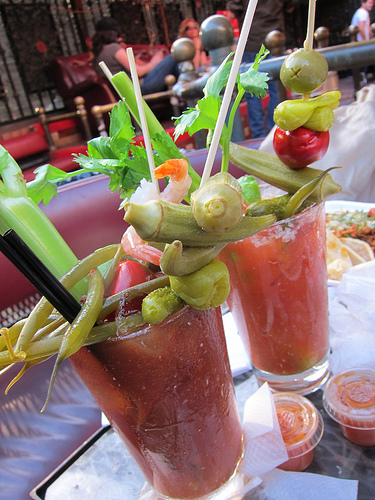 For $5, you get a pint glass of vodka and a shot at making the silliest Bloody Mary on the patio. I started with their mix and added celery salt, hot sauce, Worcester sauce, a little horseradish, minced garlic, bacon and skewered up pickled okra, shrimp, cheese, salami, hot peppers and topped the whole thing off with celery and pickled green beans (pictured left). My friend also made an impressive Bloody (pictured right).

← Pretty Please, Pupusa Crawl Along Beverly
Get Lucky with the Minty at XINO →