Being a child of immigrant parents, I grew up with a mix of holidays. The ones my parents observed from their native country and the new ones I learned about at school. Some years we did have turkey– when we went somewhere for it. The one year my dad tried to cook turkey was probably his most memorable kitchen mishap. Can you say half-raw? So most years, it was Peking duck. Going to Plum Tree Inn for a special preview of the Thanksgiving feast they’re inviting everyone to try reminded me of those turkey-less years. 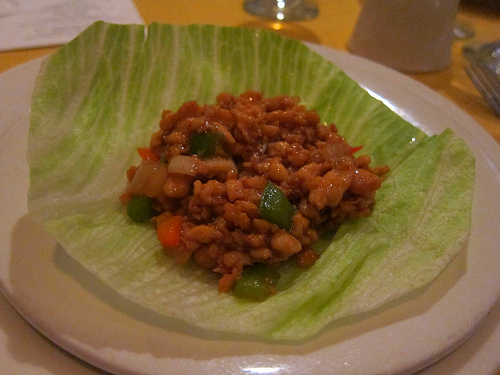 We started our night with minced chicken in lettuce cups.

At Plum Tree Inn, they call their Peking duck Beijing duck which I suppose is the proper name for it now but I am still fond of the old-school spelling. 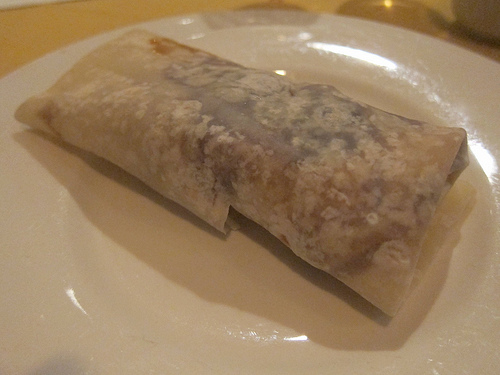 In my youth, I remember Plum Tree Inn being famous for their mooshu so it was no surprise they served their duck that way. It was a different way to enjoy this dish. I am so used to Peking duck served with baos (buns) so this was a treat. 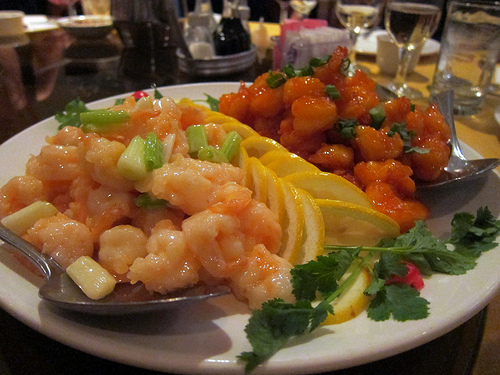 Rather than having a turkey as the main course with sides, Plum Tree Inn treated the duck as an appetizer then moved onto a series of courses including the two flavored shrimp. One had a slightly sweet and sour sauce and the other was more savory. 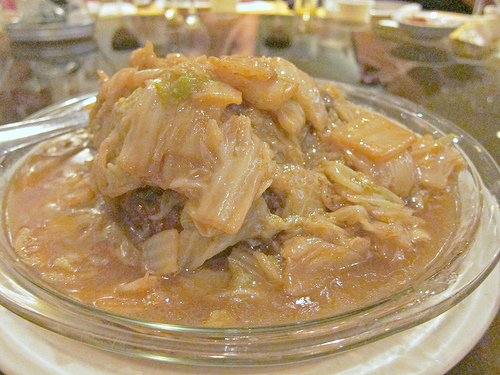 Moving on, we next had Lion’s head which was homey, comforting Chinese food. It would be like meatloaf. The large meatballs are adorned with Napa cabbage to resemble a lion’s mane. We also had crispy beef which is best eaten with rice!

The bulk of the meat from the Peking (Beijing) duck went into a savory soup. 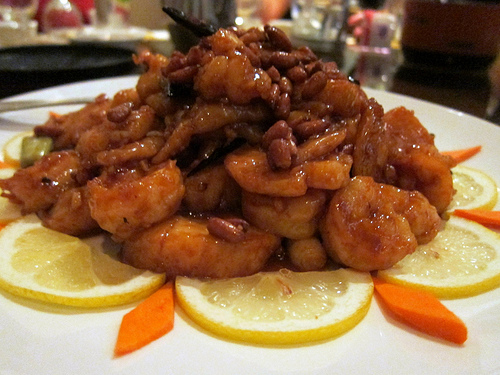 Forget about kung pao chicken, how about kung pao seafood? Being a big fan of shrimp, fish and scallops, I was pleased with this dish. Cantonese cooking isn’t really very spicy so it’s nice to have a bit of spice every now and then. The seafood is stir-fried with dry chiles. If you want it even spicier, there’s always the hot sauce on the table.

We rounded our our  meal with tender asparagus and Chinese mushrooms. 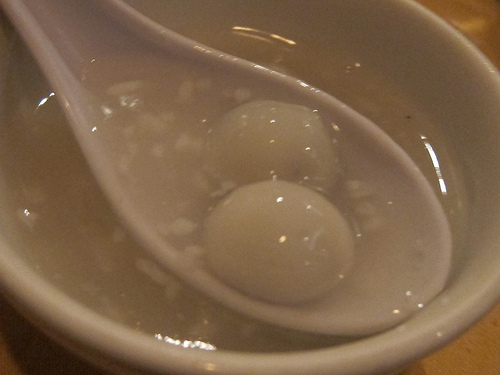 For dessert, we had delicate rice cakes (small spheres like mochi) filled with a sesame seed paste. I like Asian desserts since they tend not to be very sweet. And this light one was perfect to accompany our rich meal.

I’m not entirely sure what I’m doing for Thanksgiving this year but I know where to go if I am in the mood for Peking duck and not turkey!

2 thoughts on “Chinatown: My Chinese Thanksgiving at Plum Tree Inn”