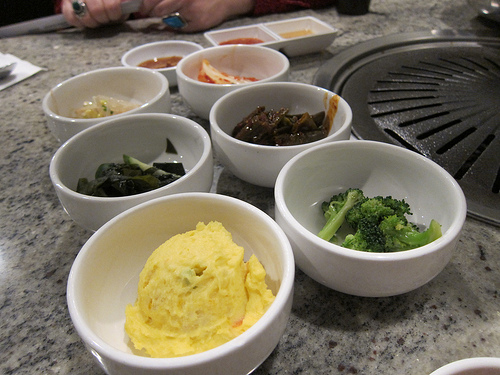 Following a concert, we wanted to stay local but I really wanted Korean food. I had wanted to try Gaon for a while, hoping it would be a good spot since I hate the abysmal parking situation in Koreatown in L.A. 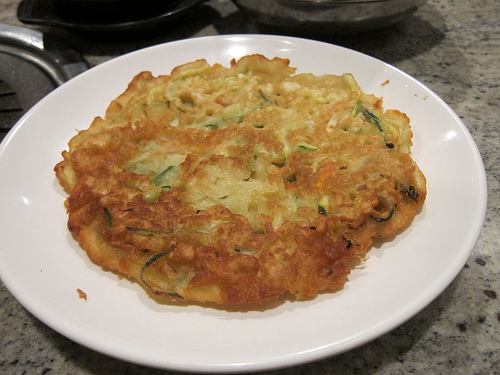 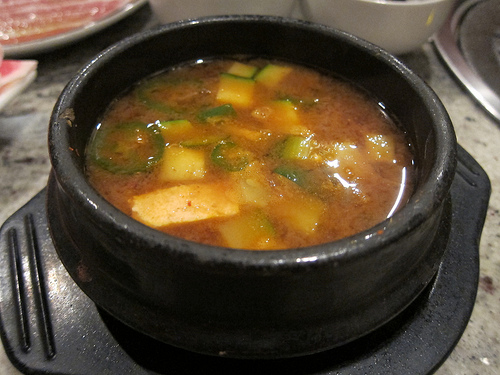 In Ktown, all-you-can-eat BBQ places can range anywhere from $9.99 to $19.99. Gaon’s AYCE is $24.99. A bit pricey but ease of parking and proximity mitigated the gall of charging so much for meat you cook yourself. 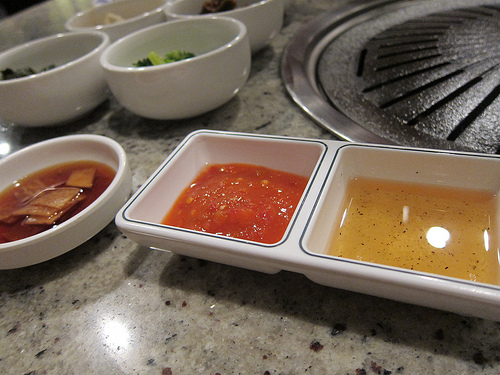 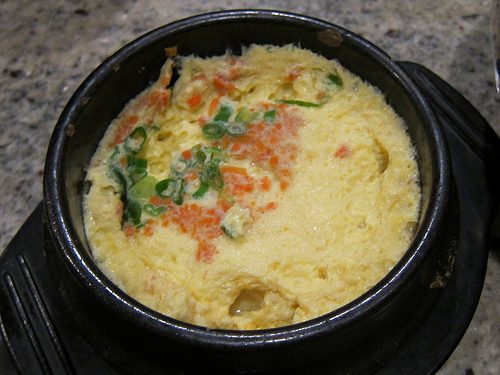 The selection of banchan was very select. We only asked for the kimchi to be refilled and it wasn’t even very good at that. The other offerings were slightly better. We liked the doenjang (Korean miso) soup and the salad and steamed egg was fine. I ended up asking for two additional refills on the salad as they didn’t give us rice paper wrappers or even rice. 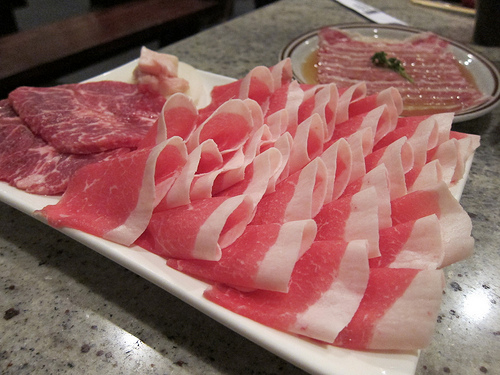 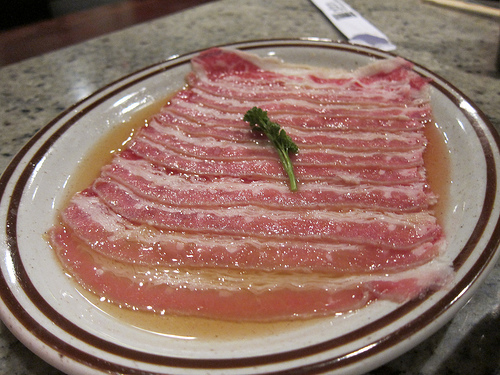 We were automatically given beef brisket (chadol) and pork belly. I liked that the meat wasn’t very frozen but frowned when I realized the sauces weren’t the traditional gochuchang (spicy) and doenjang. I ended up asking for the doenjang (fermented soybeans) which they generously gave us a lot of. I need all the sauce I can get for the grilled meat! 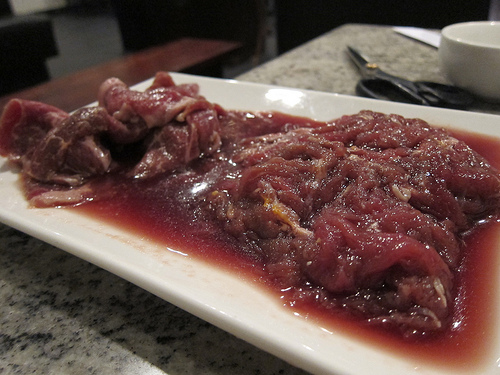 We ended up ordering five rounds of meat including bulgogi (marinated beef). We probably should have saved all the marinated stuff until the end but Gaon was good about changing out our grill. 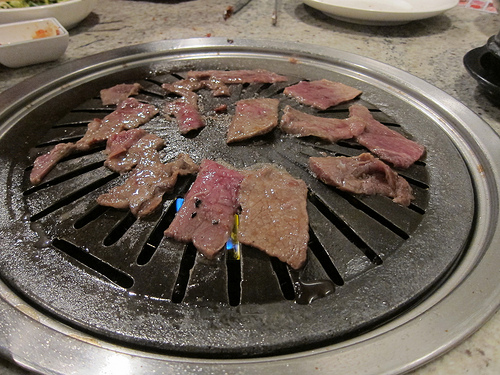 Overall, dinner was fine. We did wish we had sucked it up and driven to Ktown.