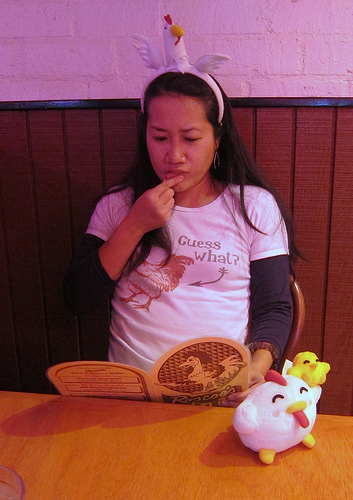 The Fried Chicken Crawl on Sunday started off at Roscoe’s House of Chicken and Waffles. I love that my co-host Hungry Hungry Hanh showed the ultimate spirit by wearing a What’s Up, Chicken Butt shirt and chicken headband. Her stuffed chickens also served us our spirit animals for the crawl. 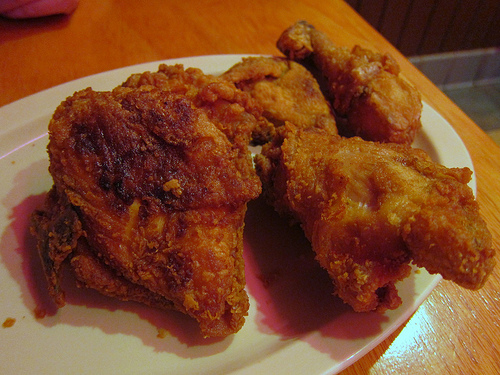 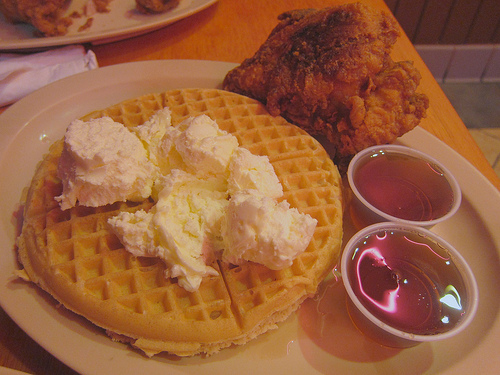 I wanted to go to Roscoe’s first because it would be a good baseline for fried chicken. The chicken was cooked well but I can’t say I loved it. The fun part is of course eating it with waffles.  We knew we had more chicken places to go though so we ordered only 1/2 chicken and 2 waffles combo for us to share.

Next we were supposed to go to Golden Bird but the location in Culver City closed and is now a Wing Stop. I didn’t feel it was right to try a national chain so we went to our next stop, Honey’s Kettle Fried Chicken.

close-up on the chicken

Instantly, we could see the difference in batters. Honey’s was light, slightly sweet and extremely crispy. The chicken, even the white meat, was tender and juicy. 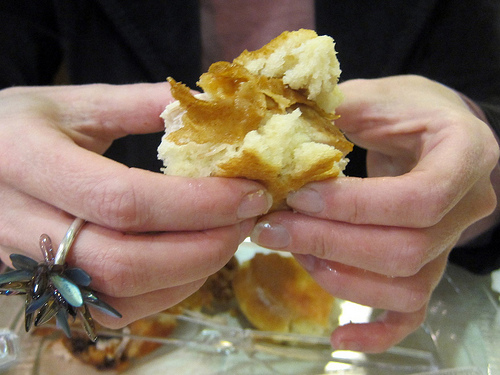 Here AriannaLA demonstrates how to make your own chicken sandwich. The biscuits are also awesome and made a generous sandwich base.

We left quite happy but a crawl can’t just be two stops so we headed to our last stop, A-Frame.

Although the beer can chicken isn’t quite…fried, it’s still got a crispy skin. Good enough? Maybe not for fried chicken purists but they can’t deny this is great chicken. 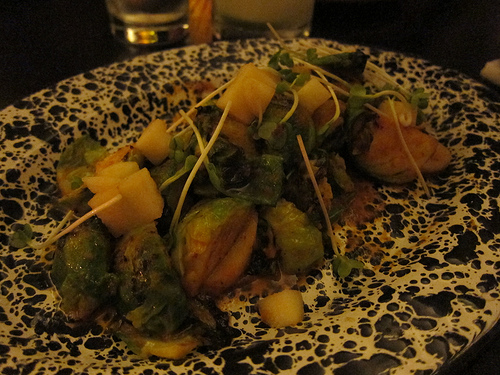 To round out our protein blasts, we got the Brussels sprouts which came with Korean flat rice cakes (dduk). Okay, we also got the irresistible kitchen fries. And cocktails. Ah, what a good crawl this was!

Thanks to everyone who participated in the last crawl of the year. I hope you’re not fried chicken’d out!  I’m working on a pudding party idea. Stay tuned to the Minty for new events in 2012!