Glendale: Getting Dinner at Peking China 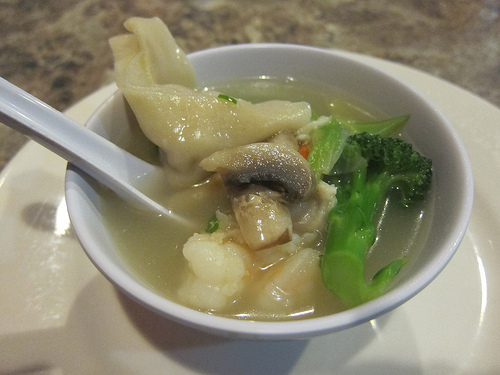 When the wait for Damon’s became unbearable, we peered at the restaurants around Brand Boulevard. We decided on Peking China because it was busier than its neighbors but not too busy.

I probably should have explored the menu a bit more. I noticed there were signs on the walls for xiao long bao (juicy soup dumplings) and there was a table of six next to us all eating the same noodles (I suspect dan dan noodles). But we went ahead and ordered the family style sampler. For around $17, you got soup, appetizers and and entry. Plus tea and the ubiquitous fortune cookie. It’s not a bad deal but I suspect we could have gotten a more customized order.

We started with shrimp and wonton soup. It was my favorite part of the meal.

There were spare ribs, veggie egg rolls and foil-packages of what I thought was tofu with sauce. 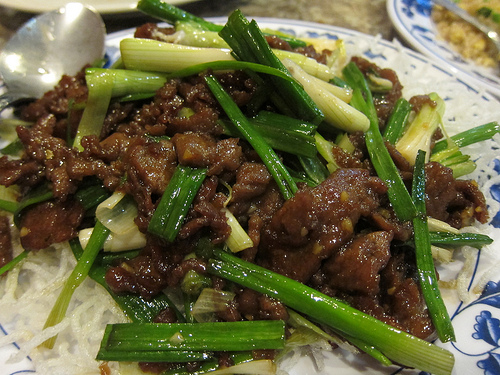 My friend ordered the Mongolian beef. I was pleased by the amount of green onion in this dish. It was colorful and very filling as it was on a bed of fried noodles.

I’m not sure what I thought I was going to get when I ordered the Szechaun chicken. I thought maybe something spicy. This seemed closer to sweet and sour chicken to me. I tend to  like minimal sauce so I ordered white rice to soak up the sauce. I knew it wouldn’t do on the fried rice. You do get charged extra but it was worth it to me. 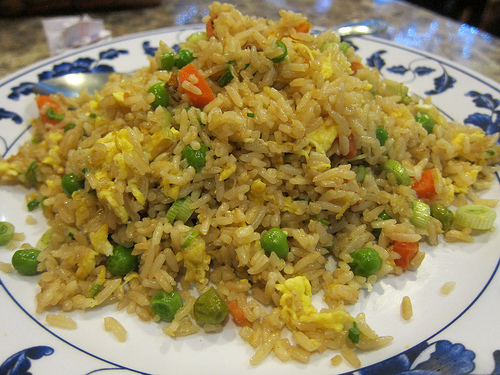 The fried rice was fairly standard. Although the portions aren’t as generous as some place in Chinatown or the San Gabriel Valley, we still had plenty of leftovers.

What I liked about the place was the owner seemed very happy with everyone and the kooky decor of twinkling lights was cheerful. I could see why this spot was the most popular on the block. I’d probably go back and get the XLBs and noodles if I was in the area again.

And the fortune from the cookie? “You are open and honest in your philosophy of love.” Okay, I’ll take it.

← Glendale: Getting Our Mai Tais on at Damon’s Steak House
San Diego: Checking Out the Speakeasy Noble Experiment →