NYC: Getting Drinks at Pouring Ribbons 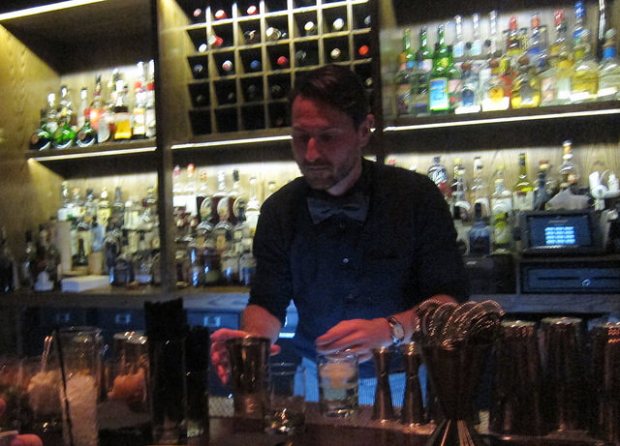 I’m almost certain (without consulting the Internet) that Pouring Ribbons refers to what the booze looks like when being poured from bottle to glass. On my last trip to NYC, I had a list of bars a mile long but knew I could only get to a few. One of the first I hit was Pouring Ribbons and luckily Joaquin Simo was there. Named Best American Bartender years ago, I’ve been watching his career like a giddy fan girl. I met him at the last Portland Cocktail Week in an amusing way. We were behind him in line for coffee and my friend wanted to know how did I know he was a bartender. Not only was he on a panel for a seminar I later attended but he led a Pouring Ribbons popup at Rum Club.

In a seminar about hospitality, it struck me as very interesting Joaquin talked about reading the paper every day for topics to discuss with his guests. 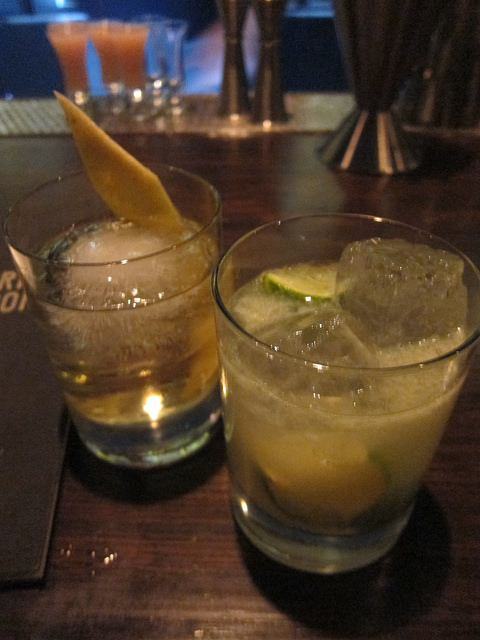 The menu is very cool though a bit hard to read in the dark. There are four zones with drinks in each zone indicating your preference. The zones are refreshing, comforting, adventurous and spirituous. I tend to like spirituous though I often go for the most adventurous drinks.

It was then natural for me to try the Bols Deep which I considered the clarified milk to be super interesting. Plus I always find it interesting when bartenders and bars make their own infusions (and tinctures). I enjoyed this drink quite a bit as I did the Corn & Oil, a classic. Pouring Ribbons does a twist on it with a back pepper falernum made with pistachio instead of the usual almond. 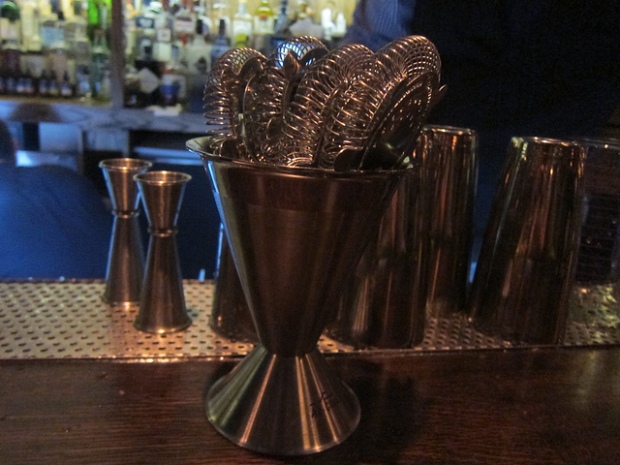 I love that giant “jigger” holding the Hawthorne strainers on the bar top. So whimsical. 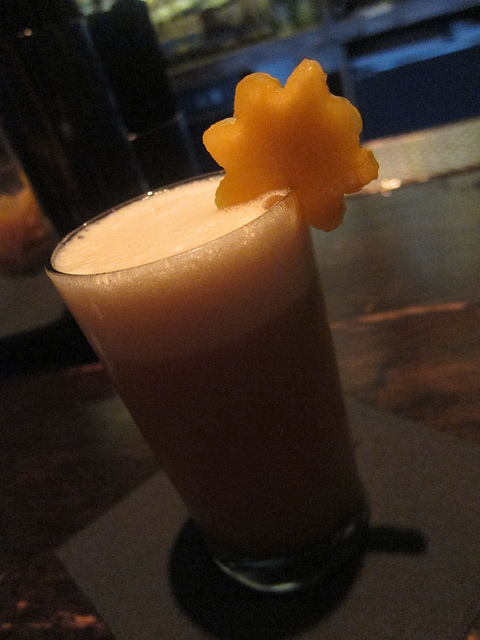 Bad Habit was amazing with a play between American whiskey, Italian amaro and Scotch. It was incredibly balanced and even had melon and egg white in it. The cocktail nerd in us went a bit crazy for it. 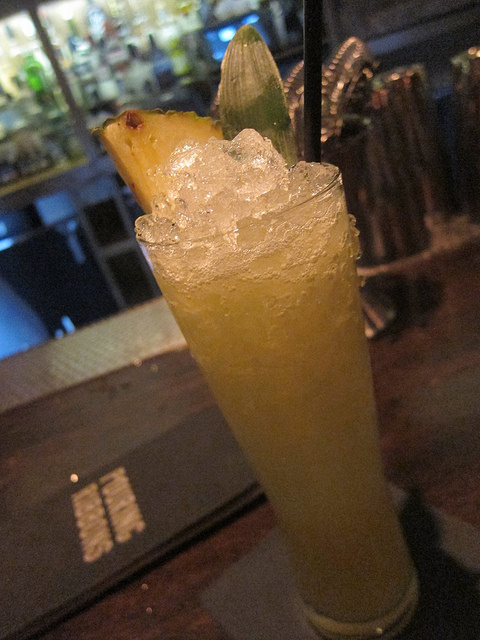 Although I was starting to think I should order something with Chartreuse— Pouring Ribbons seemed to be fully stocked with not just Green and Yellow but all sorts of special ones and I’m not just talking about the coveted Elixir–  a swizzle sounded right for the steamy night.  Luckily, the tall Will Robinson Swizzle was just perfect as it had three different kinds of rum as well as Green Chartreuse. For something so boozy, I expected a big punch of rum but it was quite drinkable. I suspect though if you asked me an hour later what did I think of the drinks, I would have answered differently.