Blue Blazer at Williams and Graham

Years ago, I met Sean Kenyon at Manhattan Cocktail Classic and I always wanted to go to his bar, Williams and Graham in Denver. I’ve admired his writing and his bar is consistently rated as one of the best in the country.

We went on a Friday night around 9:30 p.m. I wasn’t really thinking about it. I actually had not done deep research on the bars I had on my list. It probably would have been difficult to get in any night of the week but that Friday was apparently an hour and half wait. Oops. Luckily for us, we must have passed some sort of silent test and were admitted after a few minutes. In true speakeasy style, we stepped in through past a fake wall in the small lobby area that sold cocktail books and other knick knacks.

drinks at Williams and Graham

We ordered a couple of drinks off the menu and while in earnest conversation with my friend, she nudged me and asked what the bartender was doing. I glanced over and saw a Blue Blazer was being prepared. I explained the drink to her, going into details and trivia, and then asked the recipient what did he think of his hot beverage. He said, “honestly, I thought when I asked for a hot drink, I would get an Irish coffee.” Ah. Then he said, “do you think they’ll make me an Irish coffee?” I replied, “They should! And they better hand whip that cream.” I am not sure if he ever asked for an Irish coffee but when I was relating this story at another bar a day later, the bartender leaned over and said he used to work at W&G and they would most certainly hand whip that cream. 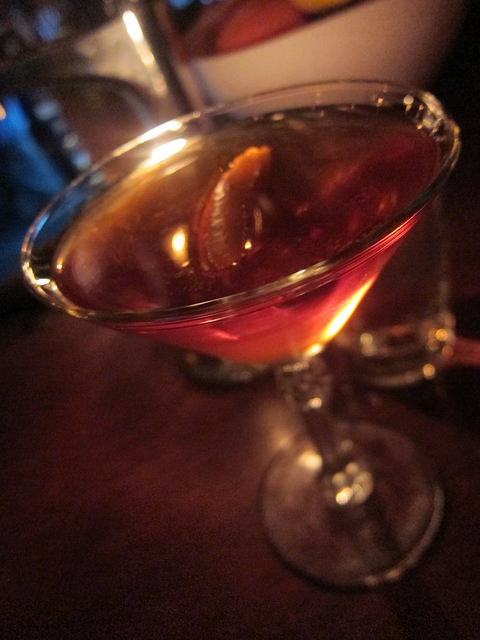 We got another couple of drinks and I was asked what would I really like. I explained I usually enjoy brown, bitter stirred the best and was rewarded with Rittenhouse, Amaro Montenegro, peach bitters and some other stuff. I didn’t quite catch it all and soon forgot when I was asked if I would like to bring a little something over to the next bar we were headed to …

We walked over the bridge over to Ste. Ellie, the bar underneath Colt & Gray. We delivered the boomerang and enjoyed a bit of the drink with the bartenders and crowd gathered at the bar. While guessing the ingredients, I guessed one correctly as Amaro Montenegro. Possibly because it was fresh on my mind after my Manhattan style drink. [note: do not try to ask to deliver a boomerang.]

We did look at menus at Ste. Ellie but bartender Kevin offered to make us a couple of drinks he was working on for the new menu. 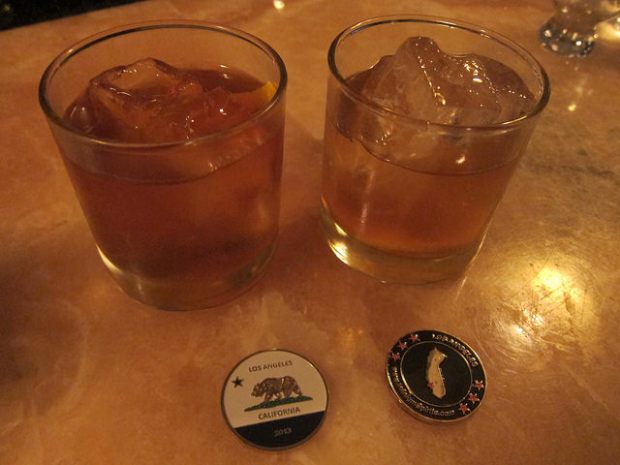 I know they had Fernet-Branca in ’em so coins came out for the pic.

One of the missions of the trip was to eat as much fatty duck liver as possible. Luckily Ste. Ellie was more than accommodating. The foie gras is not normally served as a dish by itself but again, it was our lucky night. Or we just really played up the poor deprived Californians bit.

My only regret was not having enough time to go back to Ste. Ellie and also Colt & Gray to have a full meal. Next time! 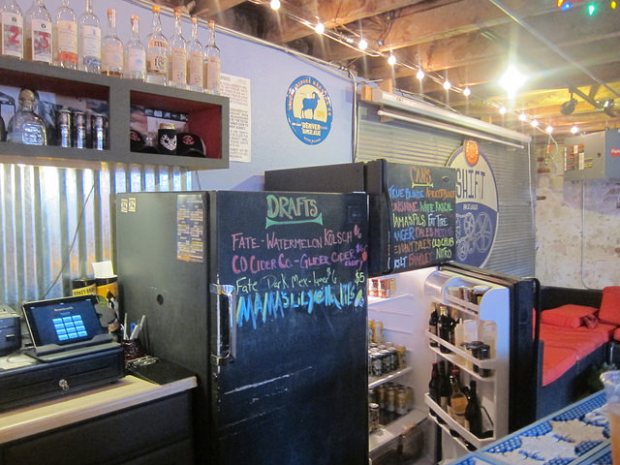 Near the Denver baseball stadium, there are quite a few bars that remind me of the sort you’d find in the Gaslamp District in San Diego. They’re rowdy and full of people having fun. You might think Star Bar might be more of the same but I think it’s a secret craft cocktail bar. Sure, they have boozecicles, boozy slushies and frozen Irish coffee made with local favorite Corvus coffee but you can find some good spirits here. When I spotted the Ancho Reyes, I asked for it as a daiquiri which turned out great.

Did I get a boozecicles? Well … I did taste the Shady Daisy and although it’s sweet, it’s supposed to be. I would actually go back for the frozen Irish coffee or Fernet and Coke. I loved the giant boba straws that come with the slushies.

Matt who bartends at Star Bar started us out with Mezcal Vago. He worked at the distillery so he really knows his agave spirits. 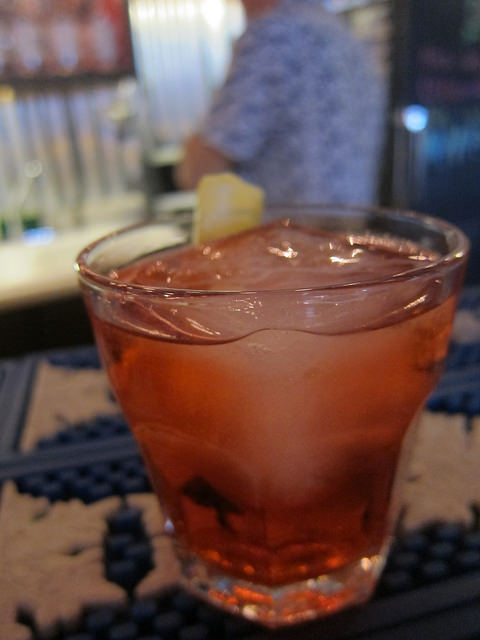 I also got a Mezcal Vago Negroni which was exactly what I needed.

We had a great time checking out some bars in Denver and will return for another bar crawl- hopefully soon!