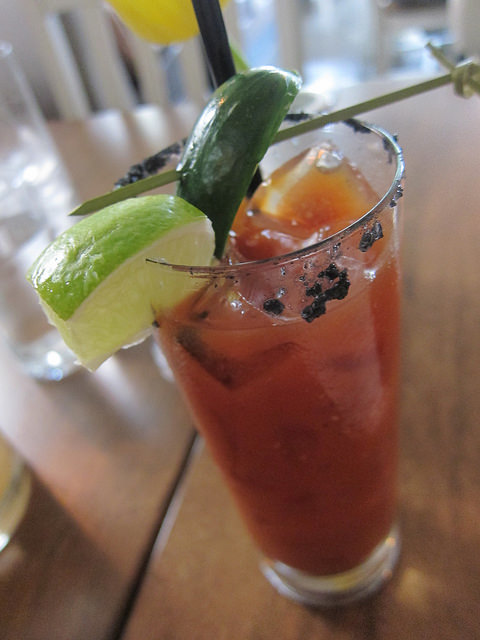 We stayed at a nearby Airbnb and so it was an easy walk over to Beast + Bottle. It’s in a cute area of Denver with lots of shops and other interesting restaurants and bars. There’s a whole Bloody Mary menu and I started out with the Mesquite Wood Mary which is a bourbon Bloody Mary. It’s made with their own house mix and rimmed with black salt. Later my friend got their Smoked Maria which is the mezcal Mary. We liked the pickles which they make in house as well.

My favorite dish was the corned lamb shank hash. The lamb was just so lovely and tender. And it was topped with the cutest fried egg. I’m still dreaming of this months later. 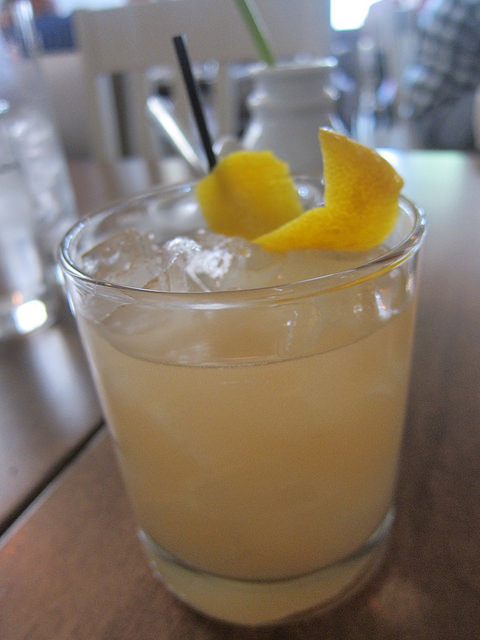 While I rarely stray from Bloodys during brunch, I tried my friend’s Oaxacan on Sunshine which turned out to be surprisingly a good brunch drink as it was so “juicy” tasting. The local Leopold’s orange liqueur gave it that extra shine. 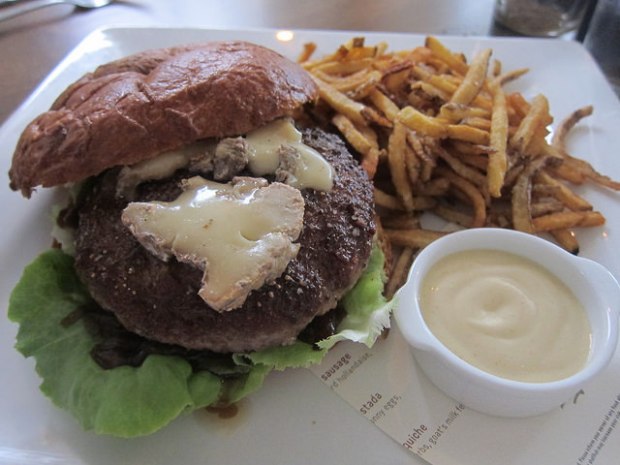 There was a bison burger that day which was cooked a bit more medium than I would have liked (we ordered it medium rare) but it was still juicy plus there was cheese to give it that extra flavor. I suppose a fried egg would have been too much but maybe we could have smooshed it on there as well. 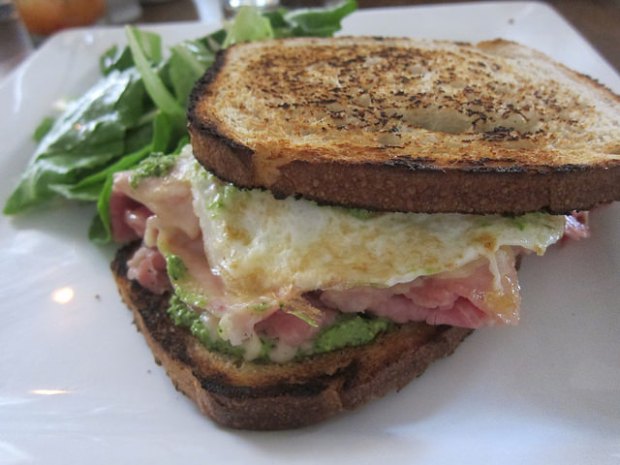 I got the Duroc ham croissant sandwich and I was very sad when they ran out of croissants. However, sourdough for the Cali girl is perfectly acceptable. Of course I got it with a fried egg. I’m still thinking about that lamb hash though.

One thought on “Denver: Brunch at Beast + Bottle”