DTLA: Get Ready for the Espolon Cocktail Fights on Monday, April 6 between Los Angeles and San Diego Bartenders 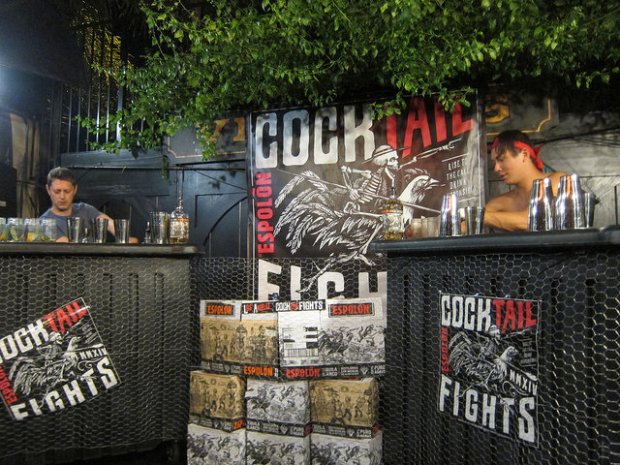 Fight fight fight! Dan from A-Frame  vs Chris from Harlowe.

The Espolon Cocktail Fights are back! Last year LA bartenders battled it out at Villains Tavern and this year, LA will also host San Diego bartenders at the Lash on Monday, April 6. It’s LA vs SD with a few Orange County bartenders as well.

Check out one of my videos from last year.

Nick from Soigne Group aka The Hamburglar

The competition was one of the more fun competitions I’ve seen. Plenty of bartenders came in costume or had a theme to their fight. 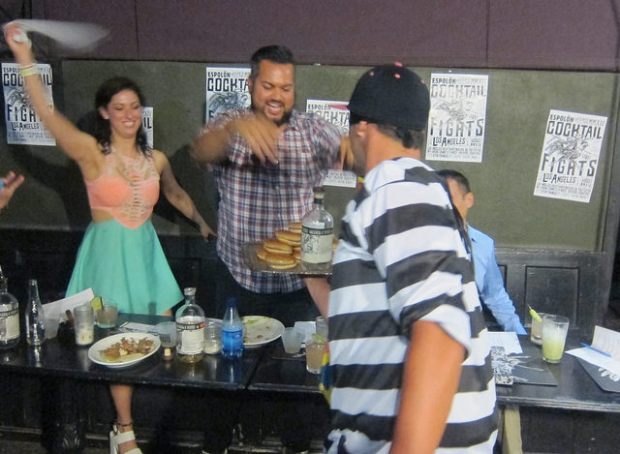 I thought it was pretty amazing the Hamburglar showed up and handed out Mickey D’s to the judges. 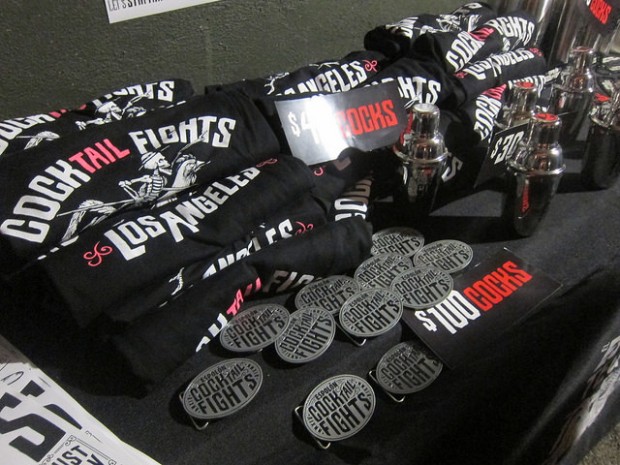 use your cockcash for swag

It’s a bracket style competition. And those watching get in on the fun by “betting” their cock dollars (fake money) on their favorite bartenders each round. You can use your cockcash later to buy swag. I bought a couple of shakers that night. Also available were t-shirts, belt bucklets, posters and more. 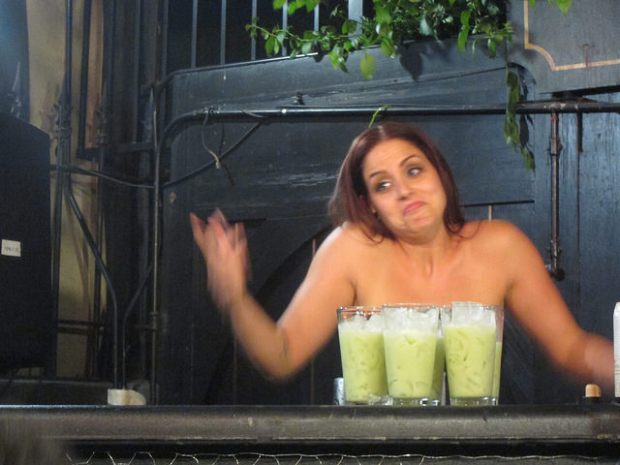 As you can imagine with everyone showing off their creativity and personality, it got a little weird. Don’t worry, Liz didn’t actually take off her clothes…

But maybe someone else did. Cory had a Brokeback Mountain theme…

By the end of the night, everyone loved Espolon tequila. 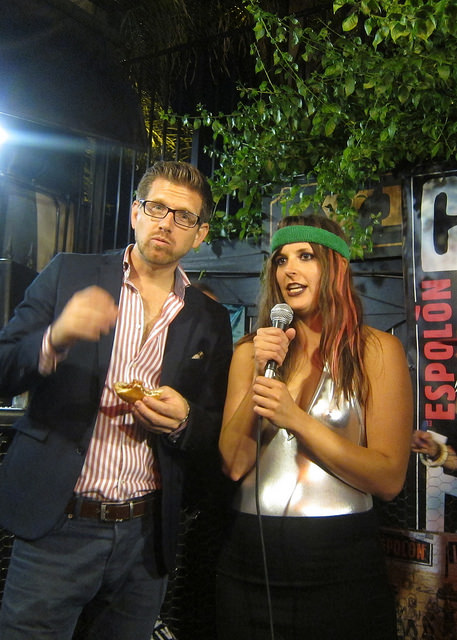 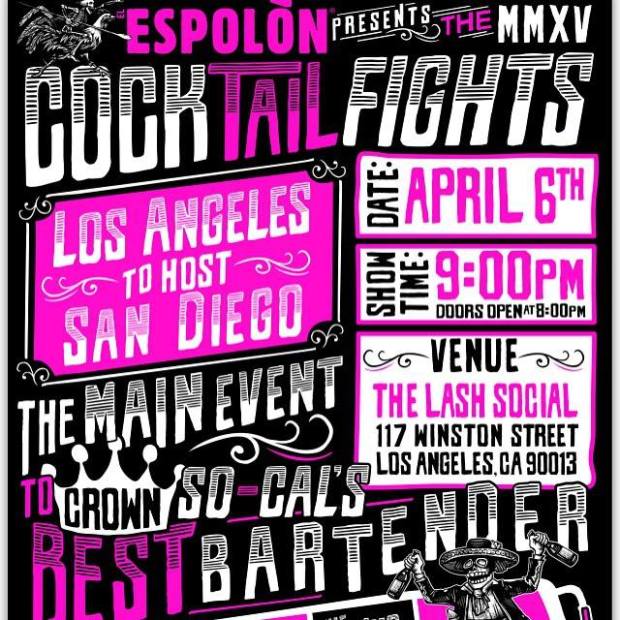 We’ll see how LA does this year against San Diego. It’s going to be weird, very weird.