Koreatown: Drinks at Lock and Key 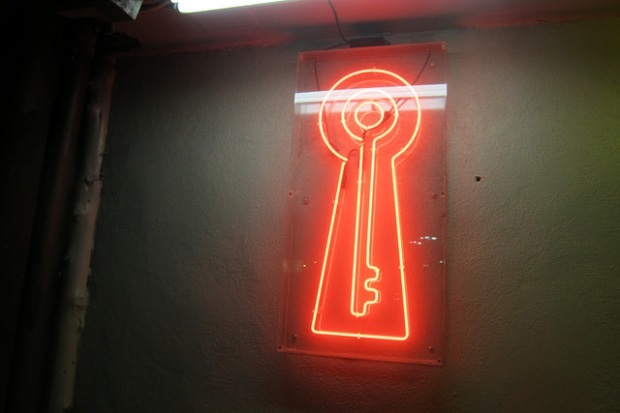 I’ve been meaning to check out Lock and Key for a while and finally made it a few weeks ago. I caught them as they were rolling out a new menu. It’s located on the edge of Koreatown and would be a good place to start if you’re doing a bar hop in Ktown.

I had gotten some intel where the “secret” door was so didn’t have trouble locating it on the wall of various door knobs but it was fun watching others make the attempt. 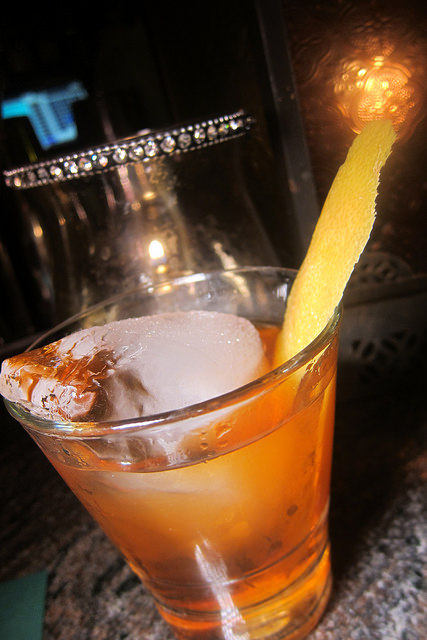 My friend tried the Secret Coalition. It’s a better drink to have inside the bar while staring moodily around. We were on the patio however and felt somewhat wrong to be sipping this stirred drink. Perhaps a better drink for the patio is the Razzle Dazzle (St. George dry rye gin, elderflower liqueur, cucumber, lemon, rosemary syrup, basil chiffonade, club soda) or Extravagant Traveler (cognac, falernum, lemon, Cherry Herring, pomegranate, blood orange marmalade).

The bartender said they were out of something for my requested drink which I found a little odd since the new menu just launched but promised to  make me something similar. He made a drink of rye, Aperol, citrus and sage. It wasn’t what I had in mind since I wanted a stirred drink. I felt he just grabbed up the rye and Aperol from the previous drink he made– my friend’s Secret Coalition– and gave me something with too much citrus garnished with sage. It was nice of him to try though on a busy Friday night but maybe I should have ordered the Tailor Made (rye, Yellow Chartreuse, Cherry Herring, Amaro Averna, orange peel) if I wanted a shaken drink.

I’ll have to go back to Lock and Key on a less busy night or earlier in the night. I’d like to try the ramen burgers next door. I heard the tequila drinks are stellar here. The Shady Schemes (reposado tequila, pineapple, agave, serrano pepper, mezcal mist) does sound rather intriguing.