DTLA: Dinner with a View at 71Above

I’ve been dying to try 71Above ever since I heard they were opening and Chef Vartan Abgaryan was going to be the executive chef a couple years ago.

After you get into the lobby, you check in with the hostess on the ground floor who directs you up the first set of elevators. Then you take another elevator to the 71st floor. Yes, this is the building with the glass slide but you never see it as you make your way to 71Above. I suggest you do the slide some other time. Perhaps not immediately after you have a lovely meal. 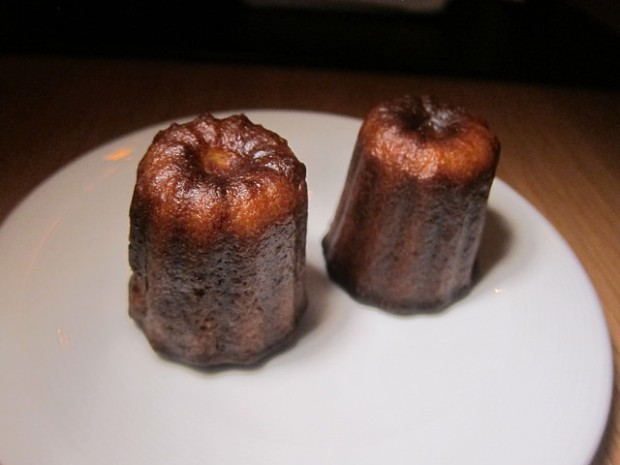 Since we were there for dinner, we had a choice of three courses. You can also just go to the bar and have food from the bar menu. Or they offer two courses for lunch.

71Above sent out caneles for the amuse bouche. These were some of the best caneles I’ve had.

I shared everything with my friend so we split the oysters that she selected from the first courses list.

My friend had a Vesper to start and I had the Santa Monica. Lead bartender Darwin Manahan has come up with a cool drinks list. All the drinks are named after cities or communities in Los Angeles. After going over the list, I picked out Santa Monica which was a little bit sophisticated with a slew of fruits and veggies. Before you think it’s a soccer mom’s green juice, it really is more like a Lady Who Lunches type drink.

The sunchoke soup was a bit harder to share but think it’s fairly easy to just swap plates (or bowls as it were). I’m glad we got this though because I loved the smoked trout roe as well as the earthy sunchoke flavor. 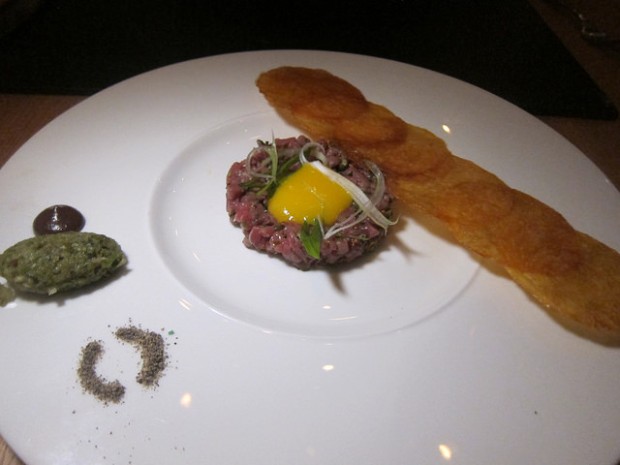 My friend chose the beef tartare for her second course. I’ve now had this tartare two other times and it gets better every time.

I chose the octopus for my second course. Chef Vartan’s octopus is one of my favorite preparations for octopus. It’s great with mustard, persimmon and pickled pearl onions.

It was a cooler evening and roasted chicken sounded like a smart choice. My friend really enjoyed her young chicken stuffed with foie gras! I was keen on the black truffles and chanterelle mushrooms as well. 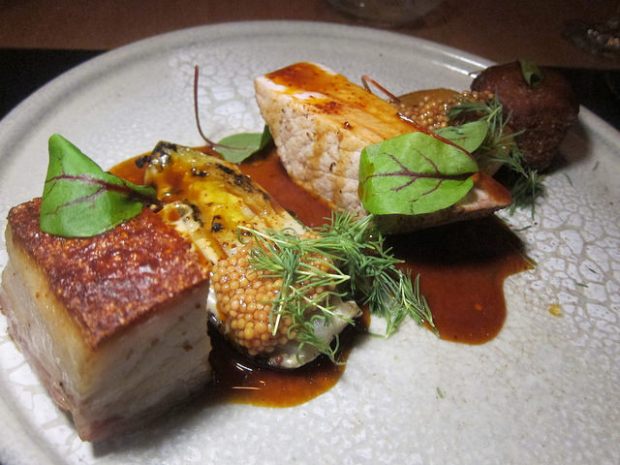 I’m more of a pork fan so I went straight for the suckling pig with three different cuts including belly, loin and almost a sausage (confit presse). 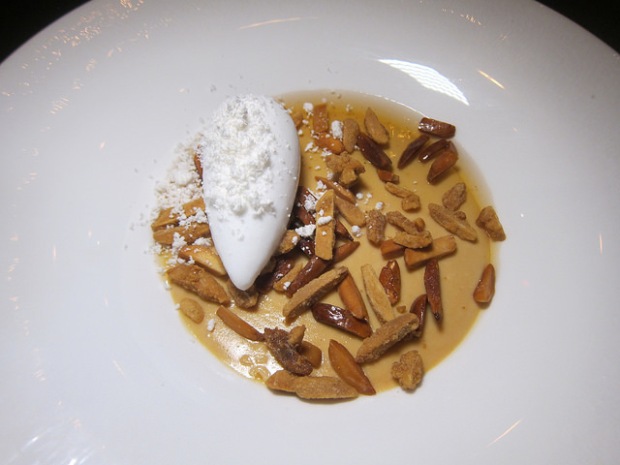 Dessert isn’t part of the three course meal so we added a caramel custard to share. There’s so much going on between the truffle pralines, young coconut sorbet, vanilla white soy gelee as well as pork and maple powders. It’s a fantastic dessert.

As mentioned, I’ve been several times now and it’s always been an amazing experience. 71Above is one of my favorite meals from 2016.

2 thoughts on “DTLA: Dinner with a View at 71Above”