During my San Jose trip, we headed down to Koi Palace in Dublin for dim sum. We went to that location because it was closer to Wente Winery and we were heading to the outlets then the winery. I have heard about Koi Palace for years. The legendary restaurant is Daly City is quite famous in the local dim sum circles. However I never made it because it seemed too far from San Francisco proper. I find it fascinating there are now locations in Dublin and Milpitas.

We had the usual dim sum including crystal shrimp (har gow) and the pork and shrimp dumplings known as siu mai. We added a few special dishes including abalone tarts (shown above) and dumplings doused with XO sauce. Everything was quite tasty. I loved how translucent the wrappers were to reveal the pink shrimp. Truly “crystal” shrimp. 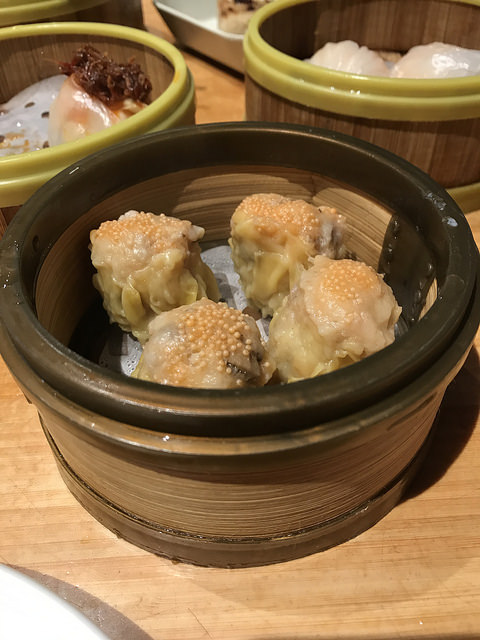 I love comparing the differences between Nor Cal and So Cal dim sum. I noticed in the Bay and East Bay areas, the siu mai have different roe. Or worse, it could just be dots of food coloring. At Koi Palace, the roe was entirely a different color altogether. They were also small like I remember these dumplings growing up.

XO sauce is a combination of dried shrimp, scallops, chili oil and spices. It’s considered very lavish and to throw it in any dish seems to up the price. I don’t actually want to know how much these dumplings were.

We had lovely plump chicken feet. 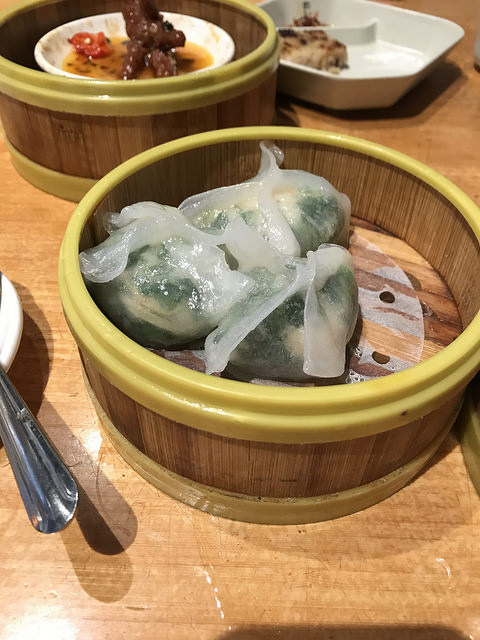 We had a bunch more but these were the favorites of the day. The shrimp and leek dumplings were also well made.

The next time I’m up in San Francisco, I’ll have to make it a point to go to the original Koi Palace location in Daly City.