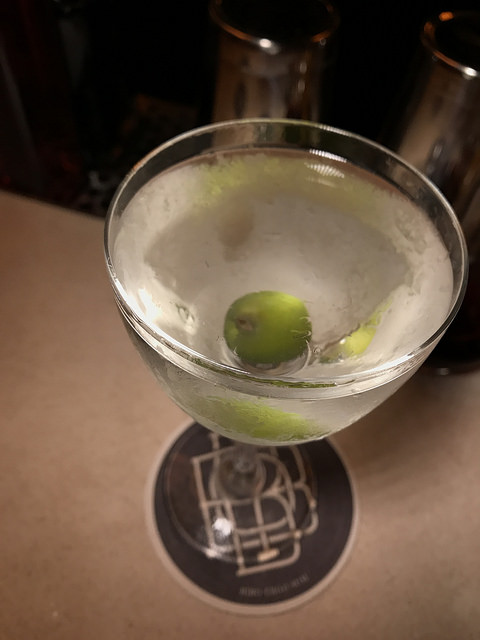 Bibo Ergo Sum opened a couple of months ago in Beverly Hills. It’s a beautiful bar that reminds me of both the past (art deco) and the future (movies like Blade Runner).

There are three pages of mixed drinks that includes 3 mocktails and 13 cocktails. I have tried 9 of the 13 (I’m coming for the rest this month!).

Here are some of my favorites:

Usually I don’t go for martinis (the proper gin ones, of course) since I can make those at home but there was something about the Niemeyer’s martini that called my name. It was like the best dirty martini you ever had. There’s a carefulness about it that brings out the savory components. The olive oil washed gin, the white cacao are ingredients that tickle your senses. It’s pure umami. 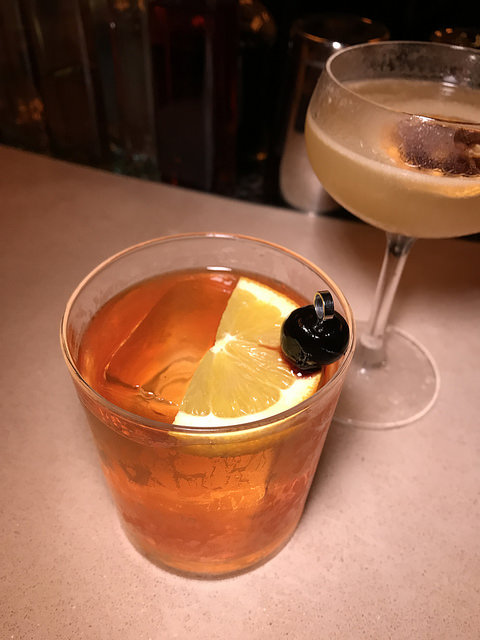 I was intrigued with the Grandpa Joe. It seemed at first to be your simple and typical bourbon cocktail but the claried juices of orange and lime blended in and elevated it.

When I had a hard time choosing my final drink of the night the first time I went to Bibo, I gave the bartender my two choices. She said to go with La Tisane Doree. I’m glad she did. I loved this brandy drink with touches of flavors I love including chamomile, walnut and apricot. It’s intriguing to see a “wine” cocktail this well done.

On the lighter side, the Paradise Falls Clubhouse is a great choice to start the night with. Think of it as a modern wine spritzer. 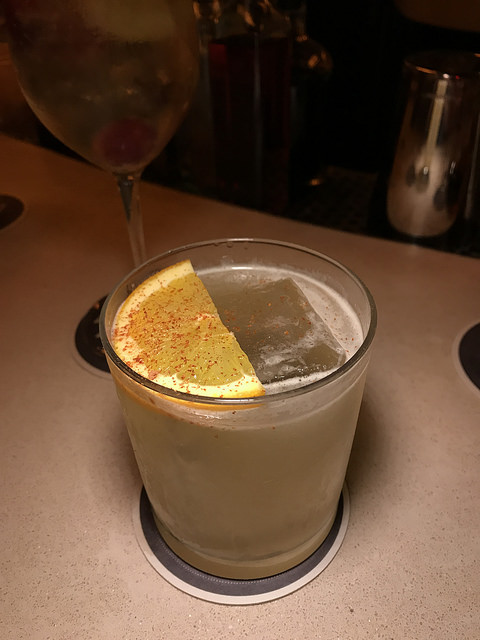 Throw Some Cs- as in Cimarron (tequila), cognac, curacao and cinnamon. The aptly named drink doesn’t tell you how good it is– and it’s very good. It’s also a bit of a sneaky drink so I wouldn’t have more than two of these if you want to try the other drinks on the menu!

One of my other favorite drinks on the menu is the seemingly simple Dr. Julius. It’s like your childhood Orange Julius grew up and now likes to lounge around in silk pajamas.

The High Note made me think of a sophisticated highball. You think you’re getting a relatively simple drink but take note of the Asian flavors melding with the Latin ones. It’s truly LA.

If you’ve been to other bars with lists from Proprietors LLC (notably Normandie Club and Walker Inn), you’ll start to see a theme. They like clarified juices, carbonated things and sherry. On another night, I tried out the Cold Hollow which has two different sherries along with rum and brandy. I thought it would be a little sweet with the caramel apple cordial but I was pleasantly surprised. There are so many drinks I like from the Bibo menu but I’ll always find room for this one. 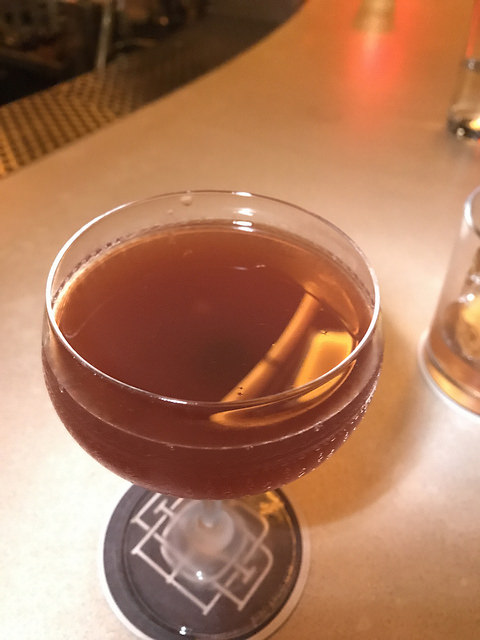 And finally (but not all– remember I’m coming back for the other drinks I haven’t tried!), I also have tried the Sing Sing. I really like what you think are classic whiskey drinks but it turns out they’re much more modern and yet still taste classic at the same time. Very much like the bar itself. It’s new or a prediction of what our future holds?

One thought on “Beverly Hills: Cocktails at Bibo Ergo Sum”