We are at the beginning of what I see to be a fabulous journey for Q – A Southern Style BBQ currently at Grand Star Jazz Club. It is a popup serving Thursday through Saturday from 6 to 9 p.m. Lunch and longer evening hours coming soon.

Opened by longtime barman, Garrett Mikell, he’s the one churning out everything from pulled pork sliders to BBQ chicken to a really good queso (not shown).

And for the vegetarians, there are even jackfruit sliders in that wonderful barbecue sauce.

Are you going to get the pulled pork sliders or the chicken? I’d suggest both if you see the chicken on the menu. Sadly I didn’t get to try it so you tell me how it is, okay? I liked the pulled pork. I would probably add some of that napa cabbage slaw for more of a crunch. Or if you want to go just meat and bread, that’s fine too! 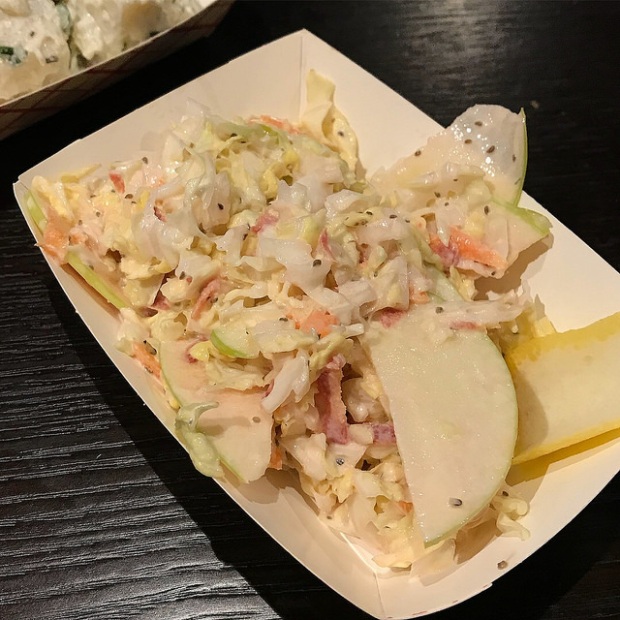 Garrett being a true bartender wanted to have that hint of citrus for the slaw but didn’t actually want to add lemon juice so he expressed some lemon oil. I really like that idea. It gave enough aroma and taste without ruining the texture.

I washed everything down with a beer but am looking forward to when Garrett takes over the bar at Grand Star. I’m sure he’ll come up with the most perfectly paired food for his ‘cue.