Sometimes things are just not meant to be. 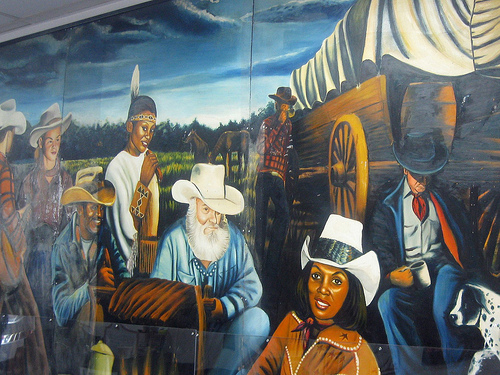 I’ve had the idea to crawl down Lake for chicken for a few months ever since I noticed the inordinate number of chicken joints. From fast food to Roscoe’s Chicken and Waffles to Mexican rotisserie, I wanted to try it all. 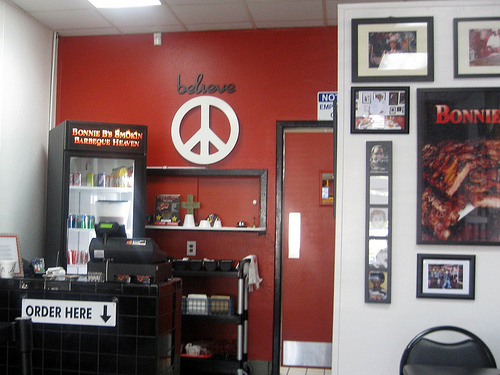 I modestly put down four places on the crawl (Bill’s Chicken, Roscoe’s Chicken and Waffles, Grand Chicken and El Pollo Unico) and we ended up only at one and it wasn’t even the one I originally planned on. Five people dropped out and the remaining 4 adults (and one baby) enjoyed juicy BBQ chicken (and ribs!) at Bonnie B’s Smokin’ Barbeque Heaven. Bonnie B’s opened about 6 months ago and replaced Bill’s Chicken (there is another Bill’s Chicken nearby on Lincoln).

We asked what the counter man/ server liked and he mentioned the smoked salmon was his favorite. However, we were on a chicken crawl and we got BBQ chicken along with ribs, hot links, mac and cheese, greens, okra, yams and jalepeno corn muffins. You can see why we never made it to the next few stops.

I really liked the sides and chicken was excellent. I loved my ribs though I’m usually more of a baby back fan than spare ribs. These spare ribs were more meaty than fatty though. Even the baby liked the food.

Everyone was friendly and the decor was thoughtfully put together- a mix of celebrities, inspirational slogans and photos.  I had been looking for a BBQ joint in Pasadena/Altadena and I believe I’ve found a fine one. 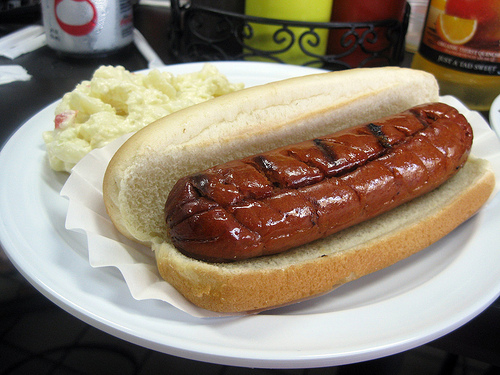 One of these days, I’m going to really do a Chicken Crawl Down Lake. Stay tuned!

← Olive at the Grafton in Hollywood
Hatchi: Around the World with Walter Manzke →

One thought on “Crawl to Roosting: Chicken Crawl Down Lake”