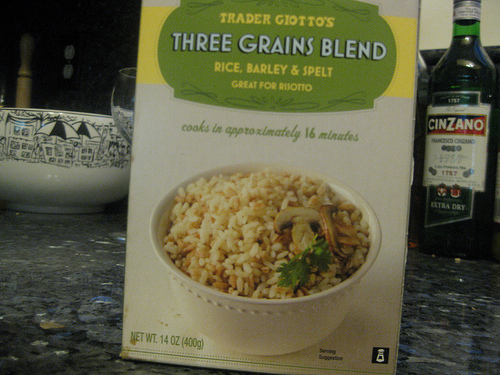 When I originally bought this 3-grain blend from Trader Joe’s, I was going to throw it into a rice cooker and be done with it. But for my dinner party, I thought I’d try the recipe on the back of the box but with a Minty twist. Supposedly the risotto would only take a few minutes. Yeah, right, it took close to an hour to cook all the liquid down but what was left was a delicious and unusual risotto. 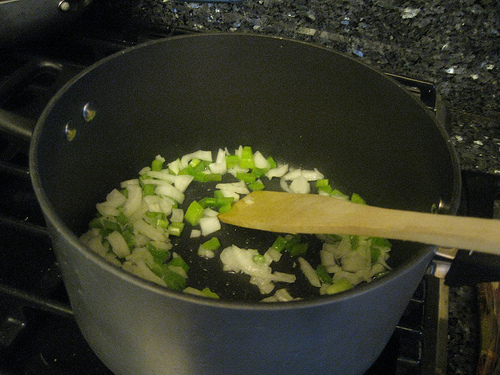 The basic recipe called for garlic, mushroom and 7 cups of chicken stock. I used about half chicken stock and half water. But I did add in shallots, leeks, onions and a bit extra salt and pepper. 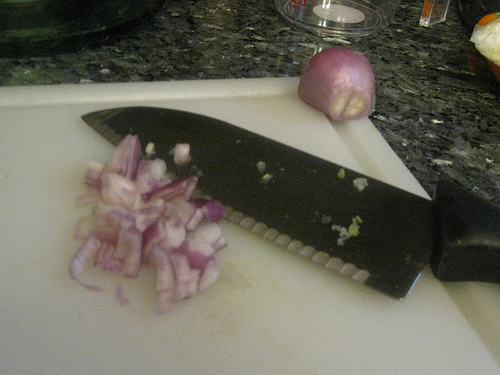 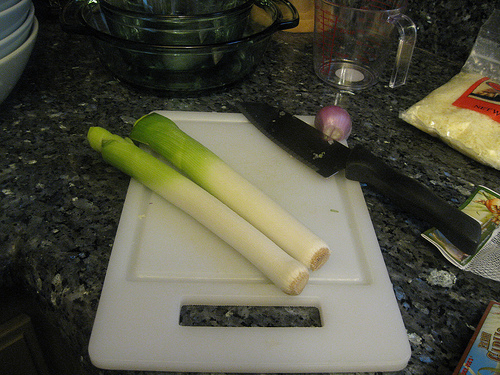 Saute a clove of garlic (add more if you like it more garlic-y or if you’re not a vampire) along with diced onions and celery. Add in diced shallots and leeks. I did one onion and four stalks of celery along with one shallot and half a stalk of leek. 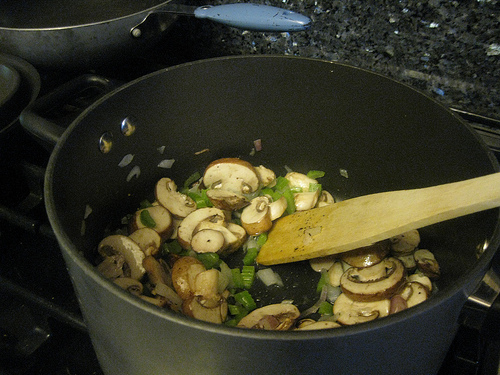 After the mixture of shallots, leeks, celery, garlic and onions have cooked down a bit, I added the sliced porcini mushrooms. You can use any mushrooms you like but for ease of not having to chop everything, I bought the pre-sliced bag from Trader Joe’s. 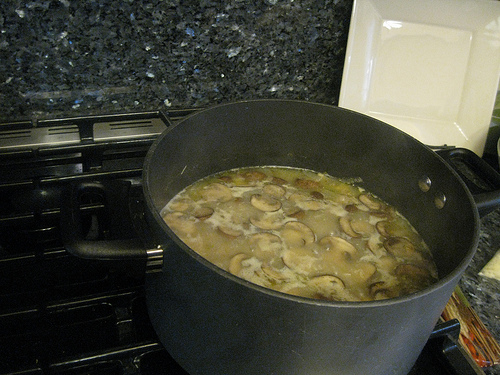 Add the liquid. Again it was supposed to be 7 cups of chicken stock but I did half stock, half water.

When it came to a boil, I added in the three grains blend. Stir occasionally. Cook until all the liquid is out of the pot.

I served this risotto with chicken and vegetables. When I plated, I added a touch of grated Parmesan cheese and chives for color.  I would recommend serving it right away as I noticed the rice got a bit mushy which is what you don’t want in a risotto but unfortunately I had to cook everything at once and not look harried when my guests arrived. I had this on the stove warming for a bit.