Hostaria del Piccolo opens today in Santa Monica. I’m very fond of Piccolo in Venice and was very excited to hear about this more casual eatery that features two pages of pizza among other things. Walking around the space yesterday, I thought it was actually more upscale than I initially imagined. The dark wood was sleek and gave the whole space a neo-modern look.

At a private party for friends and family (and media!) last night, we were treated to mostly off-menu treats. I hope they put the tuna and squid ink pizza on the menu because it was fantastic.

I could imagine the eel bites we were served as the Anguila, a breaded salt-water eel on the menu. It’s listed under the antipasti and comes with caponata. The bites of eel were very well-fried. 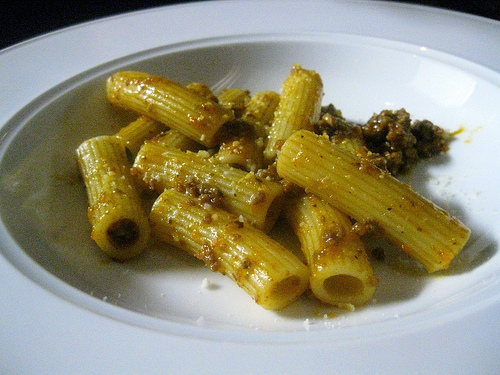 We were told this rigatoni wasn’t on the menu but when pressed which pasta to order when we did come back, they grinned at us and said all of them. Well, then!

They do have a rigatoni on the menu but it is served with a sausage, peas and a cream sauce. The pasta we had had a beef ragu, perhaps similar to what they’d serve with the Bolognese. 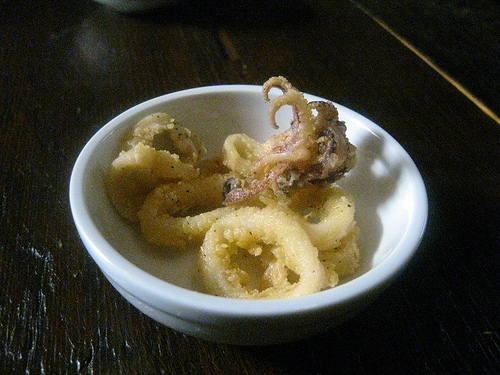 Also under antipasti, there’s a calamari dish with Swiss chard. Yum! This dish was also fried as well as the eel. The batter was flavorful and light. 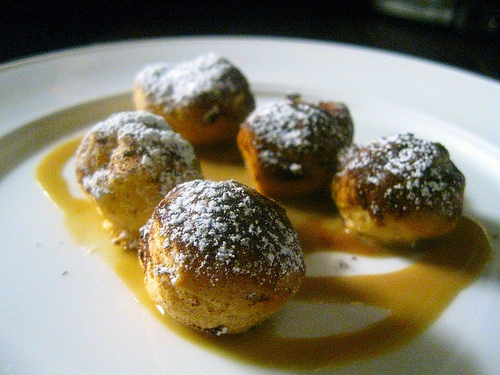 We missed the other pizzas floating around in favor of chilling with cocktails by the kitchen. I can imagine the bar will be quite the scene, especially if they have a happy hour.

We did get the mini profiteroles which were perfect little bites to end the evening.

← Fraiche with Chef Ben Bailly
A Restaurant with a Vu →