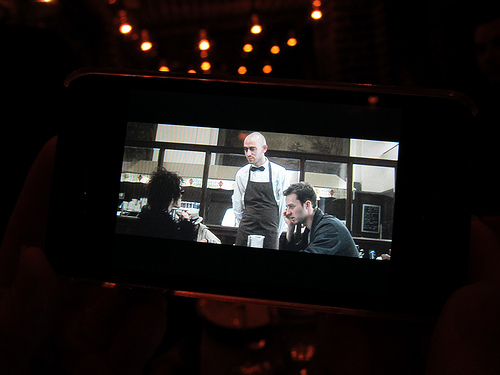 Part of Fight Club was filmed in the space that is now Mas Malo restaurant in Downtown Los Angeles. You may recognize the murals that are still very much part of the decor. 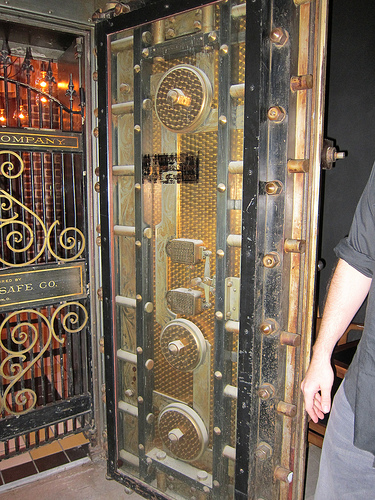 We gathered last week in the new Tequila Vault not to fight, but to try some of the 170 tequilas and mezcals they have in the vault. 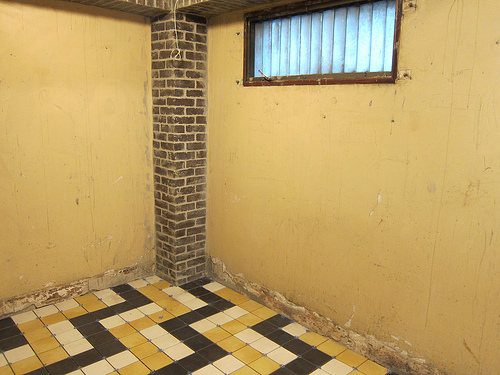 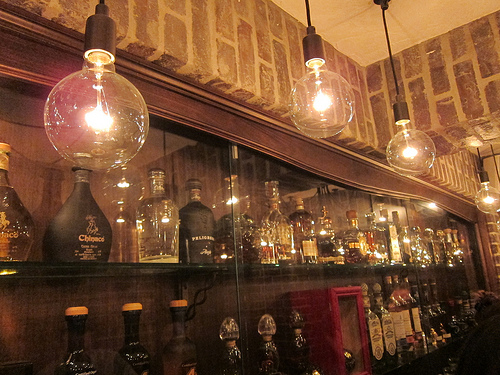 When the restaurant was first opened, the vault wasn’t ready yet. It opened just a month or so ago. You can book it for private parties. It fit the dozen of us comfortably around a long skinny table.  I thought it turned out quite beautifully. 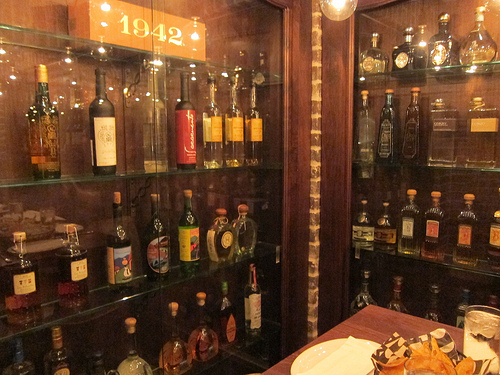 We tasted 4 tequilas and 1 mezcal from the vast collection. We learned their most expensive tequila is Asombroso’s Anejo that comes in a red Humidor box. It retails around $250-$270 but since they only release a limited number of bottles a year, it goes for more like $400 on eBay. You get a shot or a half shot at it Mas Malo– they have two bottles. One’s in the vault and one’s downstairs in the Cantina. 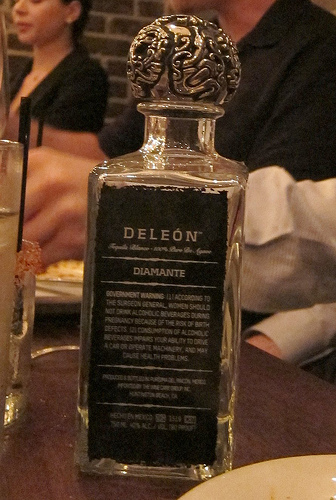 Okay, let’s talk tequila. Most people I’ve found fear it (oh, college) but a really good tequila is something special. First off, you’ll want 100% blue agave. The other type, “mixto” is required to have only 51% agave. The rest is generally sugars. Mas Malo only has 100% agave tequilas in their vault.

We first tasted a silver (also called white/ blanco) which DeLeon has decided to call theirs “diamante.’ It was surprisingly very smooth, slightly sweet. 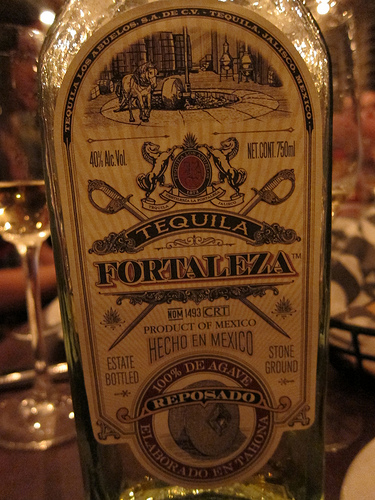 Usually people go from silver to gold tequila. Skip gold tequilas- those are generally “mixto” tequilas. The gold color could come from artificial coloring agents. So, we moved on to Fortaleza‘s reposado. Reposados are aged anywhere from 2 to 11 months in wood barrels. It takes on a golden hue and the Fortaleza was immediately pleasing in the tongue and nose. Fortaleza is made by a 5th generation Sauza, Guillermo Sauza. Their family sold the Sauza tequila brand but if you look on the back of the Fortaleza bottle, you’ll see it says 5 Generations [of Sauza]. 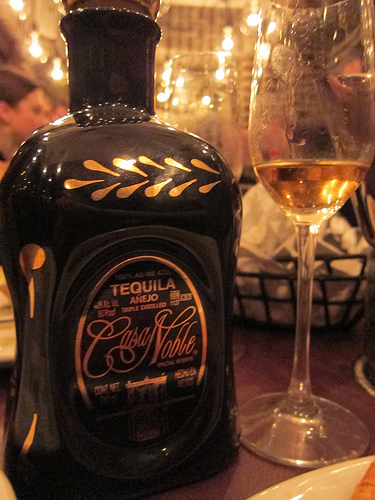 I’m familiar with Casa Noble tequila because they became part of one of our singles soirees last year. They are one of the few tequilas considered “organic.”  We tried the anejo (aged at least 1 year) which was also very easy to sip. Pictured with the bottle is an ouveture glass, the traditional glass to try tequilas as it has a wider bottom and a long slender stem. 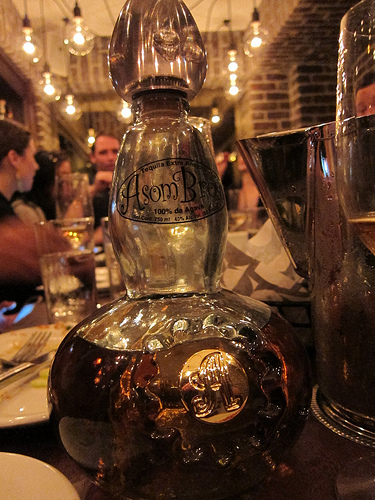 Anejo used to be the last category but now there is another category, Extra Anejo (ultra aged). We tried the Asombroso’s 5-year aged extra anejo. I was surprised to learn most people who enjoy anejo or extra anejo are usually also bourbon drinkers (which I am). The anejo/ extra anejo shares a similar caramel-like nose and flavor. 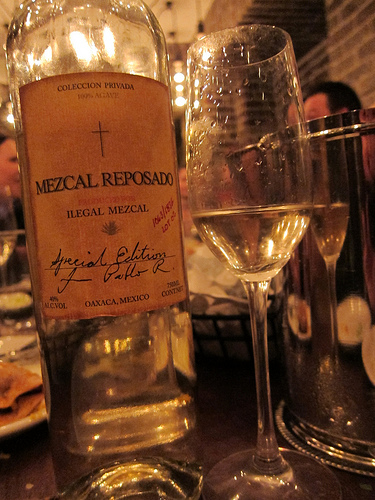 Tequila is a city in the state of Jalisco in Mexico. Only tequila made in Tequila and the surrounding area can be called Tequila. Much like champagne can only be called champagne if it comes from Champagne, France. Mezcal has always been described to me as tequila but it just can’t be called that because it’s made elsewhere. Well, after having many mezcal cocktails through the last couple of years, I have figured out it’s a little bit more different than that. Mezcal comes from the state of Oaxaca. First of all, mezcal is made from maguey, a type of agave. Initially, it’s much smokier in flavor. Scotch drinkers would appreciate mezcal.

We tasted Ilegal Mezcal. Although very smooth, it was like a kick in the pants after the almost velvety tequilas we had before. I have often stated I like tequilas straight but I think I prefer mezcals in cocktails. I think it plays very well with others whereas tequila tends to want to be the center of attention. As it should be. As they all should be.

Find out for yourself and take a peek at Mas Malo’s tequila vault.