The Poutine Truck at City Sip with Four Brix Wines 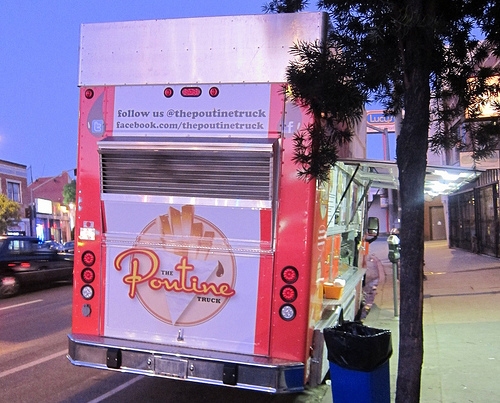 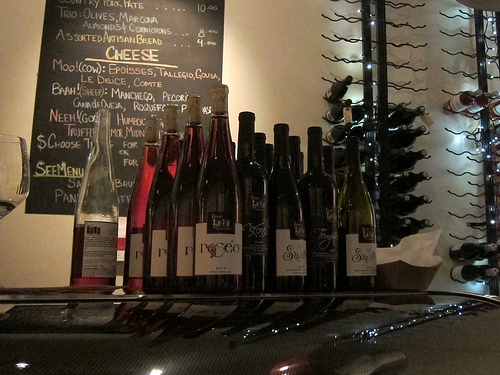 Due to some uncommon and unexpected traffic, I arrived just minutes after the fried cheese curds were served. Eek! Fried cheese curds, my Wisconsin friends would be so jealous. Oh wait, I didn’t try any but plan to hit the truck soon for them.

I did get to try the Four Brix Roseo (rose blend) before moving quickly on to the first wine, Smitten which is a white wine blend. It’s 95% vigonier and 5% marsanne.

I had not realized all the poutines I’ve had in the past were “all wrong.” Now I know it should be cheese curds and not just shredded cheese like most places serve it. Those versions should probably just be known as disco fries. I loved the plain frites. Served with just the right amount of gravy and cheese curds, the fries were great too. They’re hand-cut Kennebec fries.

Normally the frites come with your choice of gravy (veloute) and curds. There’s the old school, a chicken gravy along with a brown gravy with beef. There is also a veggie gravy for those who want to make their plain frites completely veggie friendly. As for the curds, there’s plain, garlic herb and firehouse (a spicy curd). 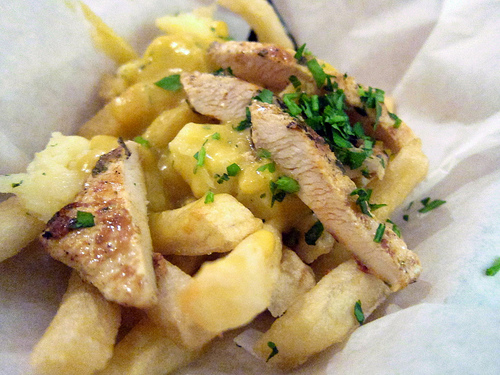 The chicken poutine was served with Four Brix Temptress. I liked the hint of spicy wine with the chicken. The gravy for the chicken was a dijon mustard. Temptress is a Spanish rioja-styled wine with a bold burst. 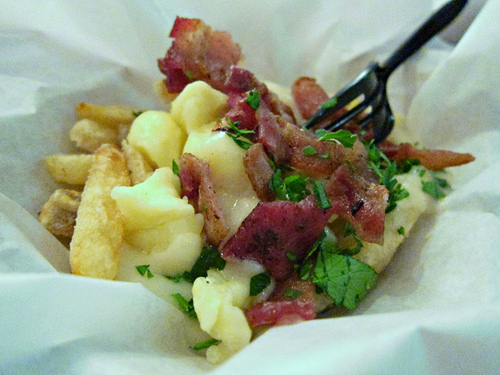 Next we had Four Brix Rhonedezvous with the lardon frites. The crowd seemed to really dig this version of poutine with the lighter gravy. I thought a wise choice with the crispy lardon, an apple-wood smoked bacon. I thought Rhonezvous was really nice. I generally like flavorful reds and this was perfect.

We ended our tour with Four Brix Scosso and the steak poutine. Right up there with the plain poutine, I really enjoyed the steak. This was served with a spicy pepperjack cheese curd. I realized later I liked the brown gravy poutines over the white gravy ones. The Scosso is a super Tuscan and a little sweeter than I normally like in a red wine but I can see how it would pair well with the steak.

The Poutine Truck was founded by James MacKinnon who asked his friend Chef Debbie Lee to consult on the menu. She is a Food Network regular and owns the popular Anh-Joo truck serving Korean pub food.

City Sip will be open more hours, emphasizing the retail shop. I also thought they had fun artwork. I’d love to check out a wine tasting at the bar/store.

Four Brix is opening their tasting room in Ventura in the next few weeks. It’ll be fun to check them out on their own (grape) stomping grounds.The grand opening will be the weekend of September 16.

← Torrance: Get Shaved
Service & Tipping- Ever a Thorny Issue →