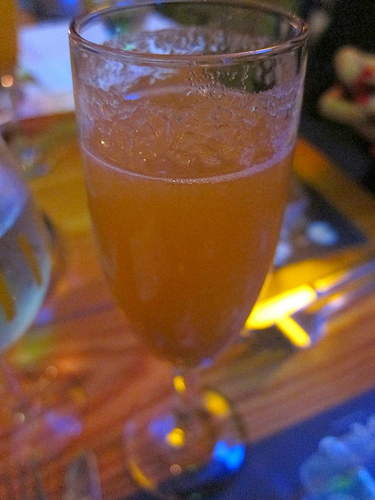 Happy National Margarita Day! A few weeks ago, I was invited to Don Julio‘s Margarita Dinner at Border Grill in Santa Monica.The four courses were paired with Don Julio cocktails and spirits. We started with the Mexican 75 (Don Julio blanco, persimmon orange puree, cava) with the lobster ceviche. All the cocktails are the creation of head cantinero (bartender) Alexander Fazio of Border Grill. 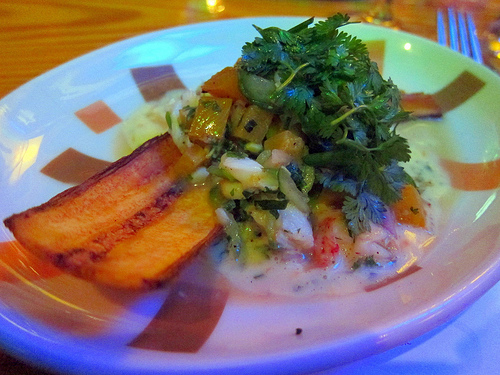 We started with the lobster ceviche with Seville orange, grilled persimmon, fresh ginger and crispy plantain chips. I used the chip to scoop up the chunks of lobster. Although I knew it was an appetizer, I knew I wanted more!

The next cocktail, the Jalisco Slip, was my favorite. Made with Don Julio reposado, chai tea and honey, it was a bit sweet but mostly I liked the spicy tones to it. Later I found out it’s not actually tea but a spice mix the Chefs Susan and Mary Sue came up at their original City restaurant (which by the way, they’re doing a City Night at Border Grill Downtown on February 29– more info here). The spice mix has cardamon which makes sense since that’s the main component that makes chai so tasty.

roasted beets with greens and grains

The next course was the favorite of the night. The roasted beets was tossed with toasted Israeli couscous, black kale and a whole grain mustard vinaigrette. Chef Susan talked about putting this dish on the brunch menu with a fried egg. Yes, please. It was a gorgeous dish and mentally I wondered if I could ask for me. How embarrassing, another dish I wanted more of! 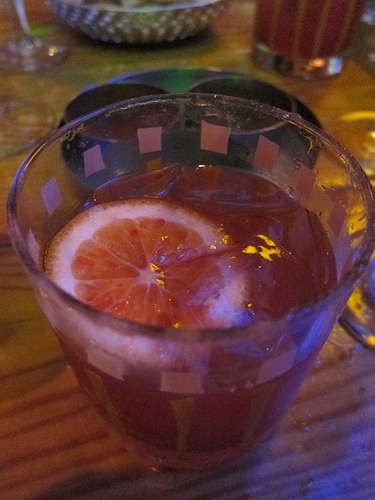 The next cocktail was the Anejo Viejo (Don Julio anejo, fennel, blood orange). I found this too sweet for me so I would adjust something (or more tequila, please!).  I’m wondering if there was simple syrup in this. 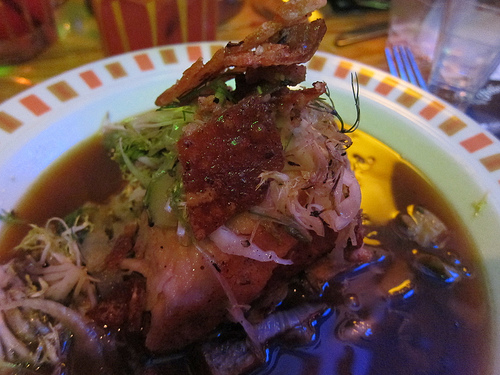 The fennel in the cocktail was picked up by the pickled fennel salad in the Don Julio braised pork belly. The portion was enormous with an artichoke and sunchoke ragout. I actually had to take some of this home. I suppose it was a good thing the lobster ceviche was on the smaller side but I still wanted more couscous!

For dessert, we got a shot of the Don Julio 1942 to go with the arroz con leche (rice pudding). The sipping tequila was the perfect thing for this smooth sweet dessert with crispy phyloo, dulce de leche and crema sabayon. The tequila was probably closer to an aged bourbon. And most people will tell you if you like bourbon, you’ll like the aged tequilas with its caramel and vanilla notes. 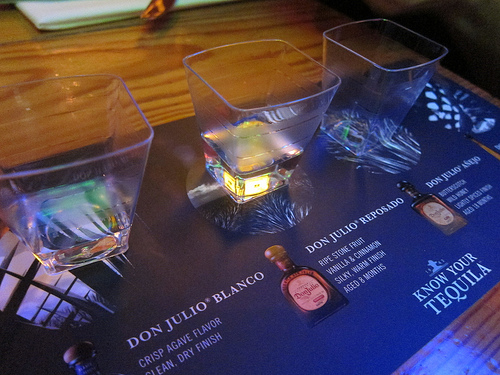 You may be wondering where are the margaritas for this margarita dinner. Here are a couple of recipes from Border Grill from a few years ago. But may I suggest Jeffrey Morgenthaler’s margaritas by the gallon recipe if you’re prepping for a party to celebrate National Margarita day.