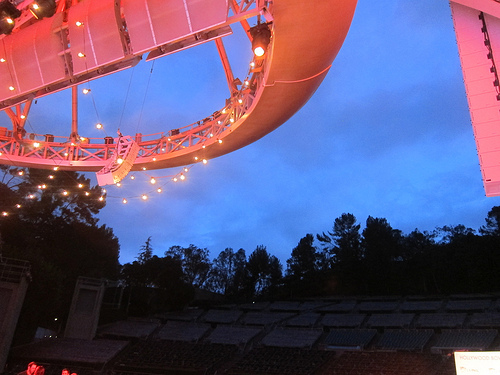 The Minty onstage at the Hollywood Bowl

If you’re like me, you’ve been going through the Hollywood Bowl concert guide and picking out which concerts you want to see. And if you’re really like me, you’ve been thinking about picnics. It’s always fun to bring stuff but I really enjoyed having food from Patina Catering delivered to the seats last year. We supplemented the dinner with the Minty Popup bar drinks and friends brought dessert.

This year there are more dining options at the Bowl. There are new wine and popcorn bars opening and the menus have been updated for catering. I was invited to a media preview of the season and got to sample sliders, ramen and even soup as well as some cool desserts.

I’ve had tickets to the Bowl and LA Phil for years and somehow have never seen Dudamel conduct. I must change that this summer and later for the LA Phil 13/14 season.

Being a noodles lover, my favorite thing I tried that night was the veggie ramen. Although there was no soup, it was quite good on its own. And probably better to eat  while outdoors. The mushrooms in it was the best part.

It was amazing to be on the stage of the Bowl trying all these treats. 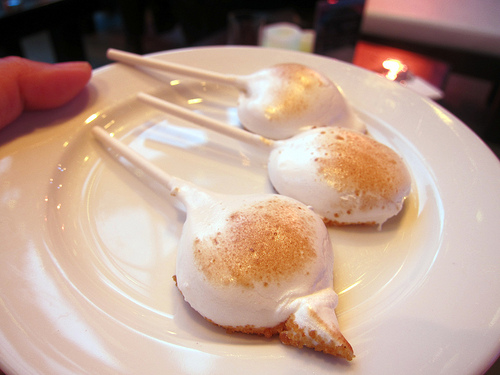 I noticed the desserts were very modernist. Everything from eye-catching liquid nitro treats to adorable lollypops.

Now to decide which shows I’m going to…

One thought on “Patina Hollywood Bowl Dining Options Under Your Nose”