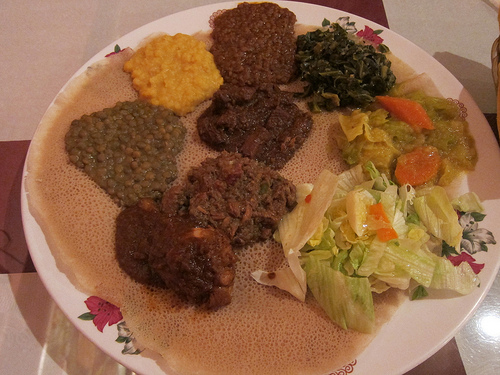 One of my best friends and I always get the veggie and meat combos combined on the same plate. We eat everything with the unleavened bread called injera. There’s salad on the platter which I just pick at with my fingers but I think they will give you a fork if you ask.

My favorites are the lentils, split peas and cabbage.

I like the savory yebere wot (I’m fairly certain they give us beef- they never ask and we never specify). The chicken can be a bit unwieldy since they give you a leg and it can be awkward splitting it with other people. 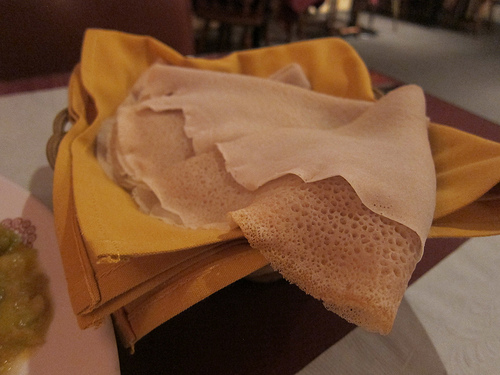 I have tried other things including seafood but I always go back to the veggie and meat combos. You don’t think you’d get full but that injera bread is very filling. .

One thought on “Nyala Ethiopian Cuisine on Fairfax”