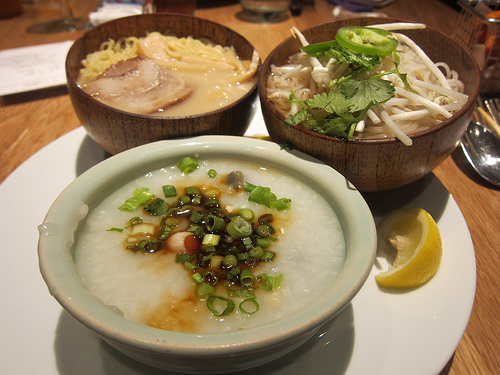 My recent Great American Roadtrip included a stop in Las Vegas. We had time to hit the buffets but which one? I was leaning towards going to Wicked Spoon but my friend convinced me to try Bacchanal at Caesar’s Palace. I was really impressed by the clean, updated decor and neatly laid out food. Quite a bit of it was already arranged for a single serving. It is all you can eat so of course you could try more but this way prompts less waste. Well, hopefully. I started out with a few brimming plates and struggled to finish my last plate sparsely decorated with one stuffed grapefleaf and a few other goodies.

Las Vegas sees a lot of Asian tourists and for that I’m grateful. I got to have rice porridge (jook), pho and ramen all at once. My noodles-loving heart went spastic trying to decide which one to get at first and then I thought, let’s get it all. I loved the jook. With large chunks of 1000-year-old eggs, this was like the jook my grandmother in Hong Kong made for me. Of course, I like my jook a bit thicker but you can’t quibble with the quality. The pho was just so-so but the tonkotsu ramen was great. Really good, fatty broth. The noodles for both were great though. Alas, I had to stop with the carbs if I wanted to try more of the buffet. We arrived about 11 a.m. so we took advantage of both the breakfast offerings and lunch items.

They also had fresh juices though we went traditional and got mimosas. 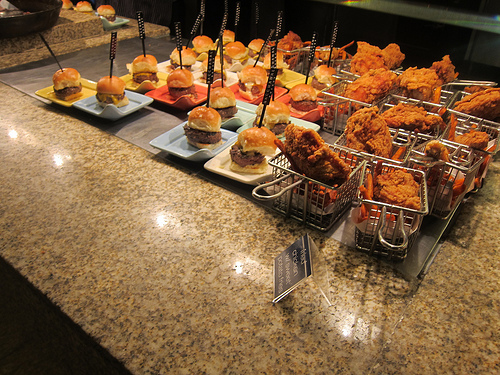 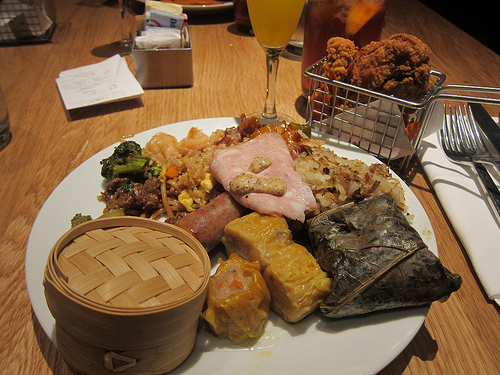 I went towards the Asian foods while my friend tackled the good ol’ American breakfast. I was surprised how good the siu mai (pork and shrimp dumplings) were and that was the only item I went back for. The beef and broccoli was also good. I probably overdid it with the loh mi gai (lotus wrapped sticky rice) but it is a buffet! 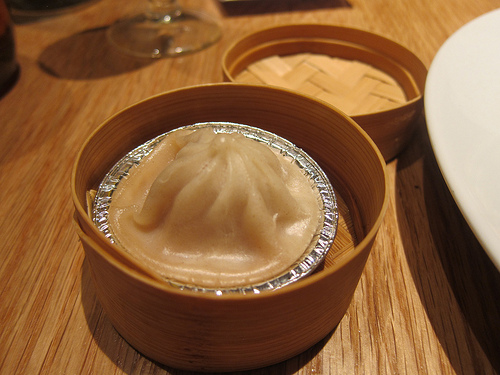 The xiao long bao (juicy soup dumpling) looked dried out but was actually really good. Plenty of soup and the meatball was flavorful. 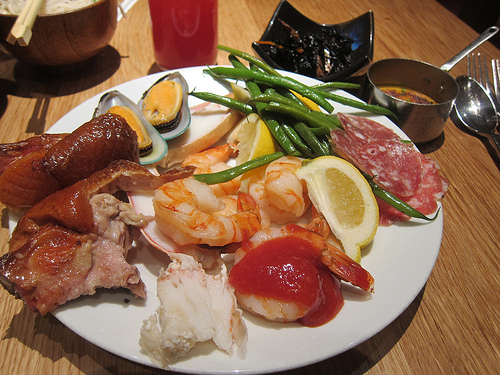 sort of surf and turf

On my next round, I picked up Peking duck which was sadly too fatty. I also got a ton of shrimp. I normally don’t get crab legs since it’s a lot of work but these looked awesome so I got the crab. To feel healthier about my choices, I put some nicely crispy green beans on my plate and ate every last one of them. 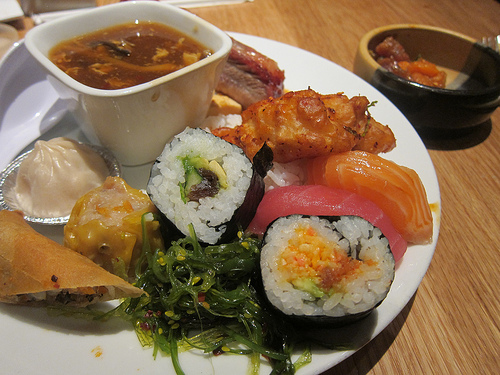 Highlights from this round included the seaweed salads including both the black seaweed in the individual bowl and the salad by the sushi. I haven’t found good Vegas buffet sushi so I should really skip the next time. However the crispy fish and sweet and sour soup were good. 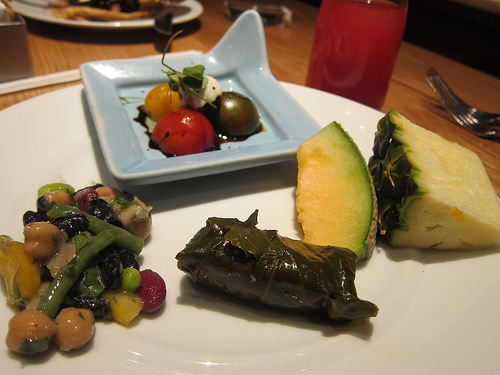 By the end of our 2 hours, yes, we were there for two hours, I was starting to feel like I didn’t want to get in the car and drive a million hours. Good thing there’s plenty of shopping to do at Caesar’s. 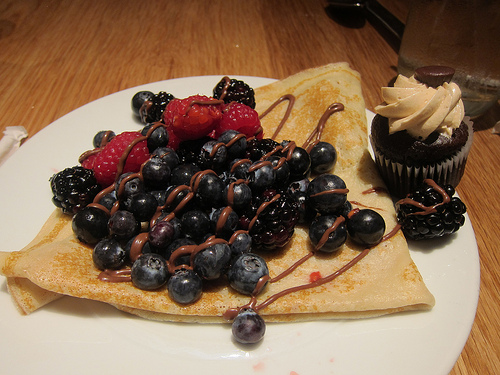 crepe with berries, a lot of them

I just had fruit for dessert even if my friend’s blueberries laden nutella crepe looked wonderful.

I liked Wicked Spoon for the sexy vibe (if you can say that about a buffet) but I really enjoyed Bacchanal for grubbin’.