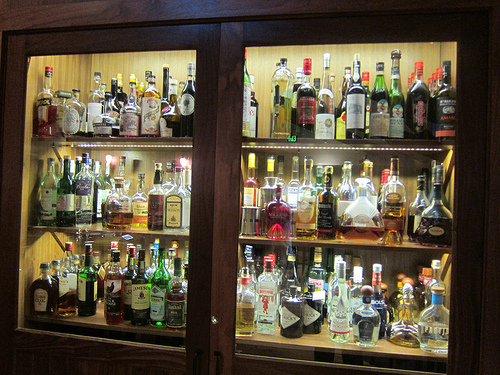 The Rookery at Raven & Rose

Calculating if we had time to check out the Rookery at Raven and Rose after drinks at Multnomah Whiskey Library was a no brainer. It was a quick 10 minute walk and we made it time for their punch hour. Famous Grouse was doing a dinner that night at Raven and Rose and we were invited to try a couple of cocktails. My friend had the classic Blood and Sand and I opted for a Penicillin. 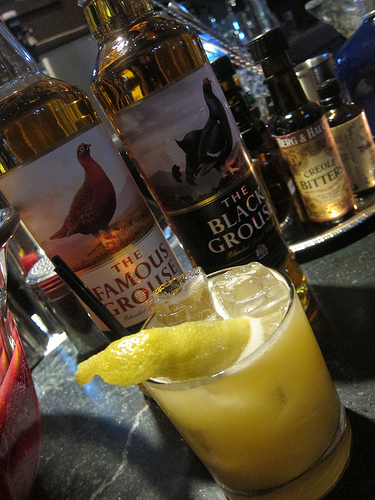 Penicillin at the Rookery

My Penicillin was very refreshing. I would have loved to tried the food at either Raven and Rose or the bar menu at the upstairs Rookery but we had to dash off to the next event. When you’re in Portland for Portland Cocktail Week, there’s never a lack of events- official or impromptu!

The Rookery at Raven & Rose 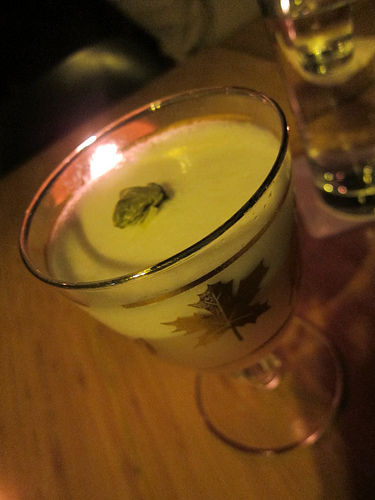 Hop on Top at Teardrop

We found ourselves at Teardrop Lounge after dinner at Pok Pok. We were on our way to Oven and Shaker for the Broken Shaker’s bar takeover but they weren’t quite ready yet. We were more than happy to hang out at nearby Teardrop for the time being. Teardrop is one of the oldest craft cocktail bars in Portland and is perpetually packed. We found some space at a table (one of these days, I’m going to sit at that bar!) and I was surprised to see the menu had been greatly condensed since I was last was there two years ago. There’s still a glossary of terms but now the menu has been streamlined. This is great news since it made picking a cocktail very easy.

I opted for Hop on Top (Teardrop Lounge gin blend, grapefruit, lemon, honey, egg white, hops tincture) which is a sour. It came garnished with an actual hop. I generally like hops flavored thing (though oddly not hoppy beer) and was pleased by the pleasant aroma of citrus and the more earthy hops tincture. 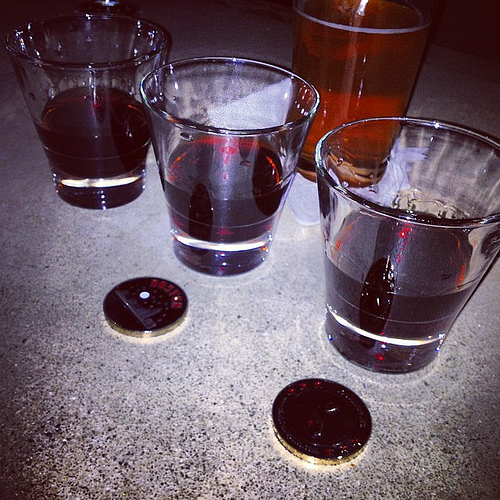 Coins out- Fernet-Branca at Moloko

After the first event, That Time of the Month, for Portland Cocktail Week, we headed to nearby Moloko. Although I wouldn’t call it a dive bar, it was closer to that than craft despite using fresh juice. Later someone told me all Portland bars use fresh juice. Oh, PDX. Moloko had a lot of infused vodkas. I played it safe with a Negroni. Afterwards, it was shots of Fernet-Branca with our coins out. Of course.

Moloko is ideal if you’re looking to meet someone or are unafraid to dance against the wall by yourself. You can also stare at their collection of fish tanks– I found it fascinating the one on the bar didn’t actually contain any fish. Perhaps hanging out on the patio would be better when it’s warm out. 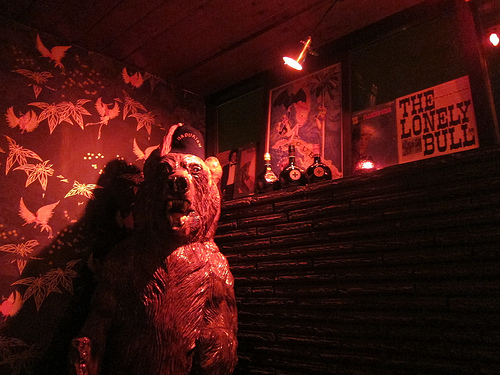 A couple of years ago at Portland Cocktail Week 2011, Rum Club was a new bar that I discovered on this crawl. I’m glad to see it’s still open and serving great cocktails. 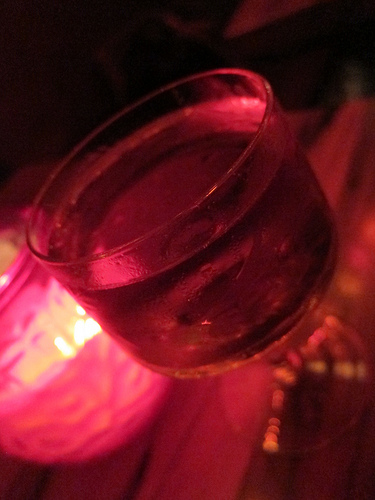 There was a promotion for Becherovka that evening but I opted to order from the regular menu. When I saw Old Quartermaster (strong dark rum, blended and smokey Scotch, PX Sherry, Benedictine, orange oil), I knew it was the cocktail for me. Although it seemed like a lot was going on, it was so well balanced that pretty soon passing around my cocktail for friends to try meant my drink came back half-empty.