Hollywood: Vintage Booze at The Pikey 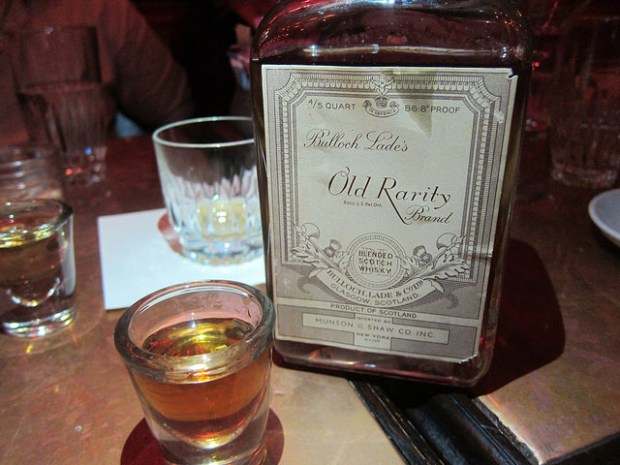 The Pikey has launched a vintage whiskey list featuring bottles from the 1940s and on. I was invited to a special tasting that also featured the Pikey’s great food.

The list has plenty of older bottles of Scotch but also Canadian and American whiskies make an appearance as well. How about Wild Turkey from 1963 or Catto’s Scotch from 1942? You’ll find bottles bottled several decades earlier. Check out the pics here! 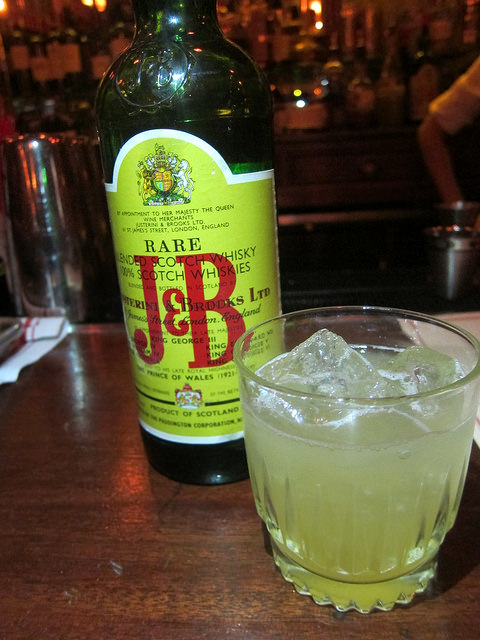 We began the evening with Gold Rush drinks made with J & B Scotch from 1941. Considering there are some people out there who don’t even want you to put ice in your whiskey, they might be horrified by this drink. I was rather pleased with it as occasionally I find Gold Rushes to be too sweet. This one made by the incomparable Zahra Bates, was perfect. The bright citrus worked well with the mellow, aged Scotch. 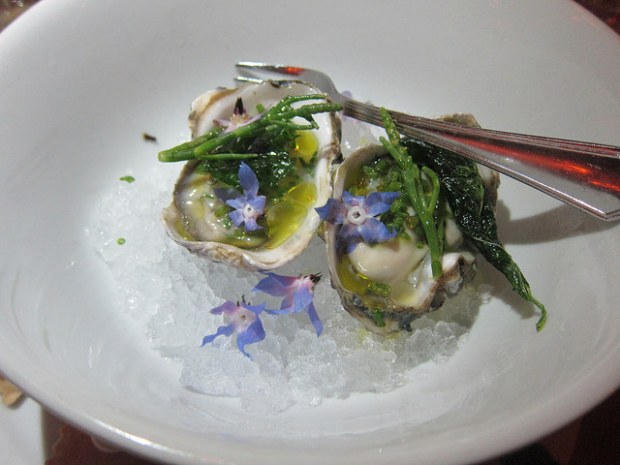 Our first course were a couple of oysters served with Bruichladdich “The Laddie” 17 year from 1984. I particularly enjoyed the brininess of the sea beans and oysters with this Scotch. I can imagine eating these on a beautiful but chilly day (chilly for Southern Californians is under 75 degrees) in Scotland. 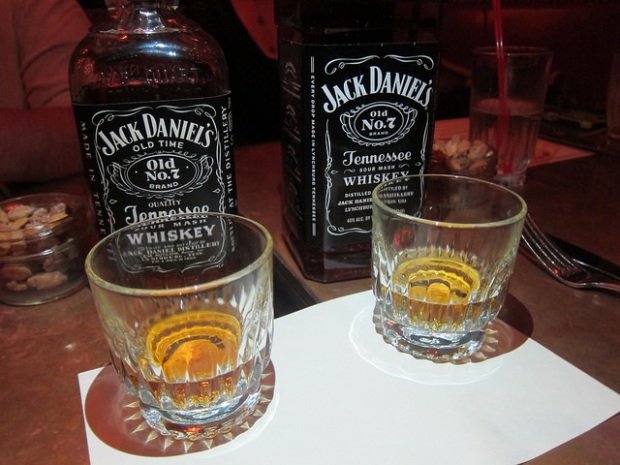 The Pikey has two vintage bottles of Jack Daniels. We tasted the one from 1964 against the current expression. The older one is considerably darker in color. While it tasted more mellow, it had a bigger punch as it’s 90 proof versus the current 80 proof. 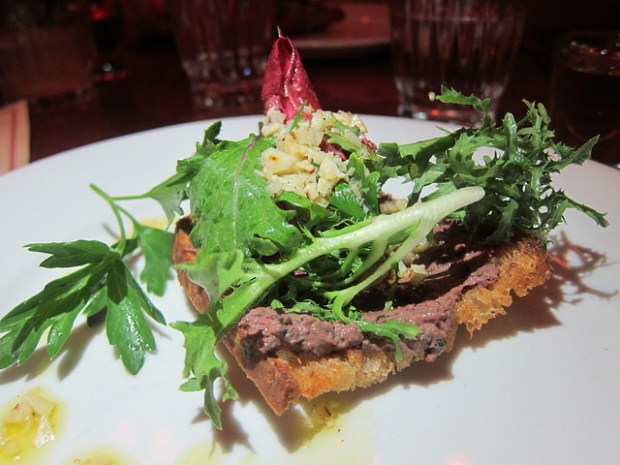 The metallic ting of chicken liver can throw some people off but there’s something intriguing about it. Much like a good medium-rare steak’s juices, it’s earthy and primal. Vegetarians may just want to try the Old Grand-Dad Bourbon from 1969 instead. 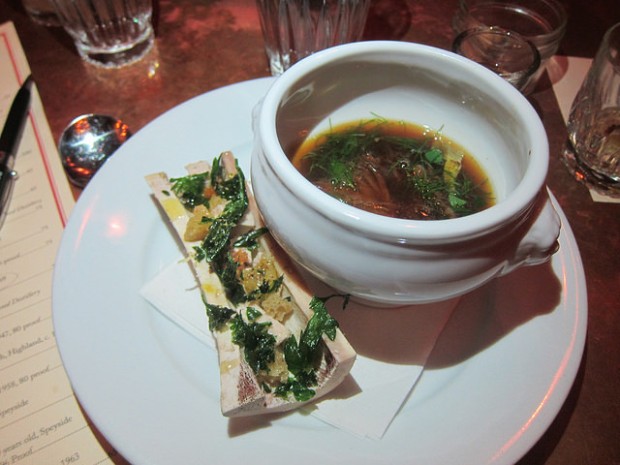 I loved the interactive bone marrow with the oxtail French onion soup. We slid the marrow into the soup and then greedily gorged. The rich soup with Glenfaclas #104  12 years from 1988 was the perfect match. It reminded me of when my grandfather would drop a bit of brandy into his soup. And of course there was a bone luge afterwards… 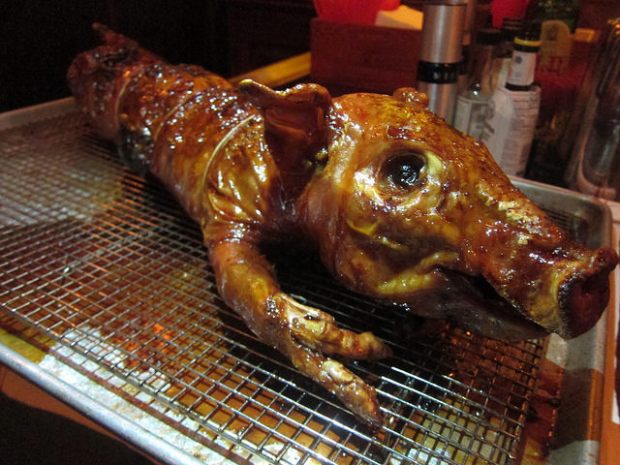 The gorgeous roasted pig was admired by all. 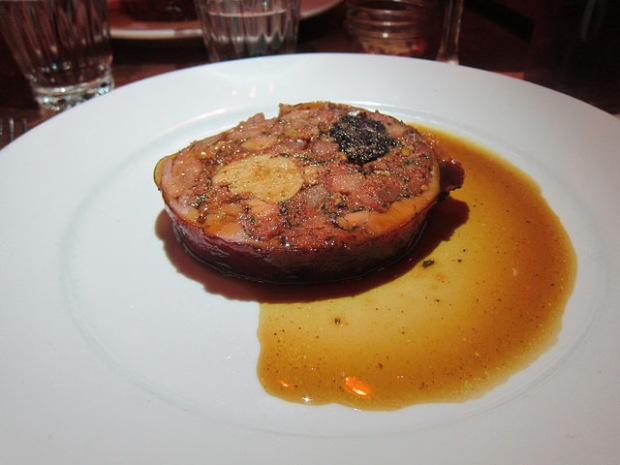 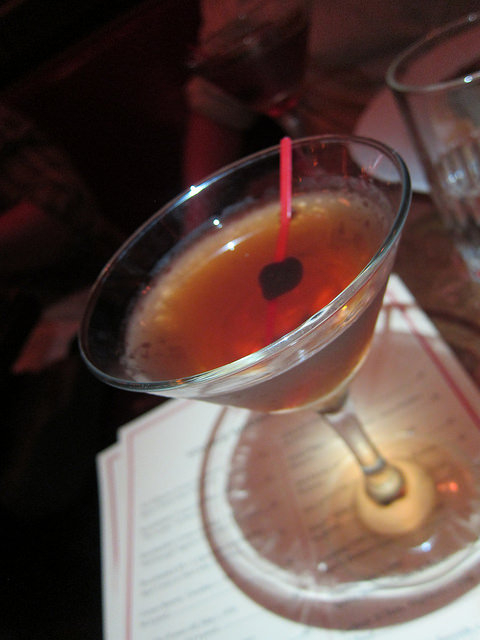 What makes it perfect? A traditional Manhattan is made with sweet vermouth. To ask for something perfect means both sweet and dry vermouth. 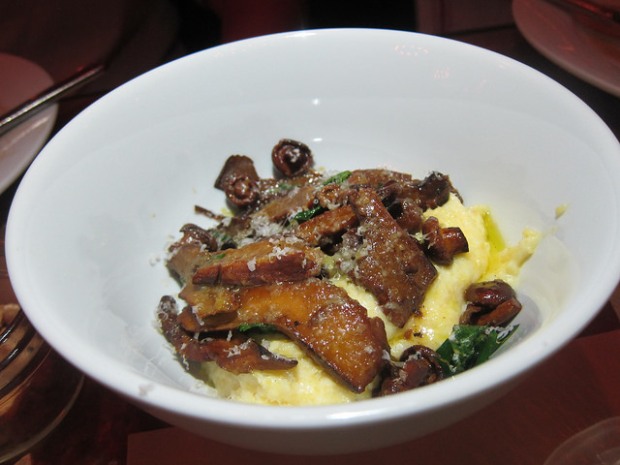 Besides the grits with wild mushrooms, we also had wonderful braised greens with smoked tomatoes. The sides alone convinced me I had to come back to the Pikey for more meals (and whiskey!). 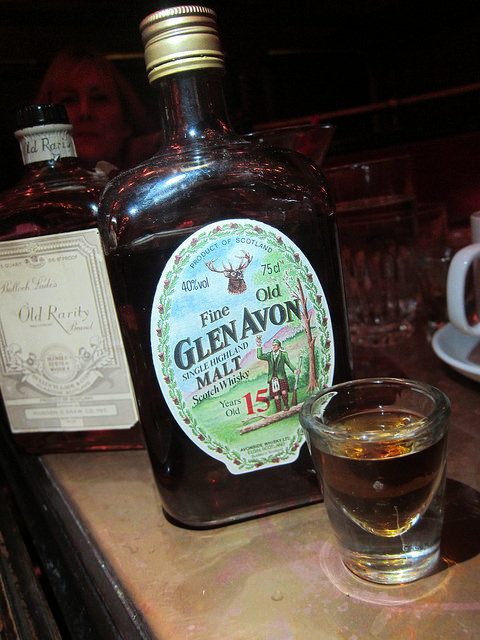 Besides the whiskies we tried with dinner, we explored the vintage list and found a couple we had to try including Old Rarity from a closed distillery in the Highlands of Scotland. The Scotch was from 1955 and slightly over proof at 86.6 proof. We also tried Glen Avon from another closed distillery from the Highlands. I liked both but favored Old Rarity just a tad more. 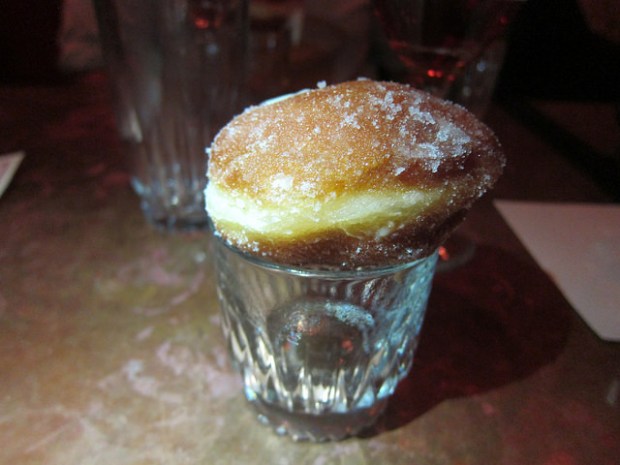 honey doughnut with banana cream served with 1941 J & B

And just when we thought we saw the last of the 1941 J & B, it came around again with the honey doughnuts stuffed with banana cream. Such a decadent and luxurious way to end the evening.

Catch the vintage whiskey reserve list while you can!