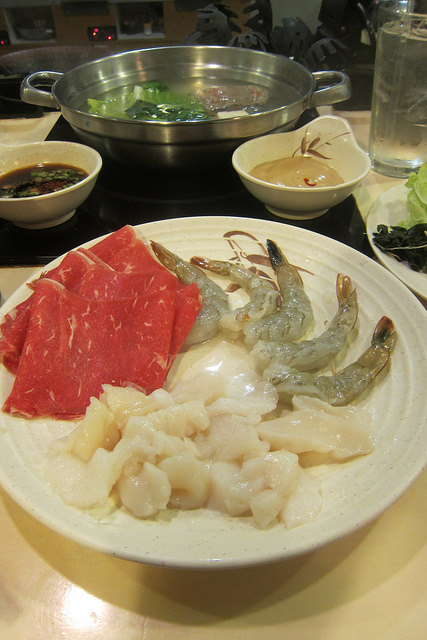 When temperatures dip below 70 degrees in Southern California, I think about soup a lot. So it was no surprise I wanted to try Cal Shabu. I’ve been to a few different traditional shabu shabu places where you swish around your food and then dip into sauces for flavor. At Cal Shabu, you’re encouraged to add stuff to your boiling water so your food actually gets cooked with flavor. I think it’s actually an important first step. So fire up that salt and pepper and drop in the veggies, we’re making soup! 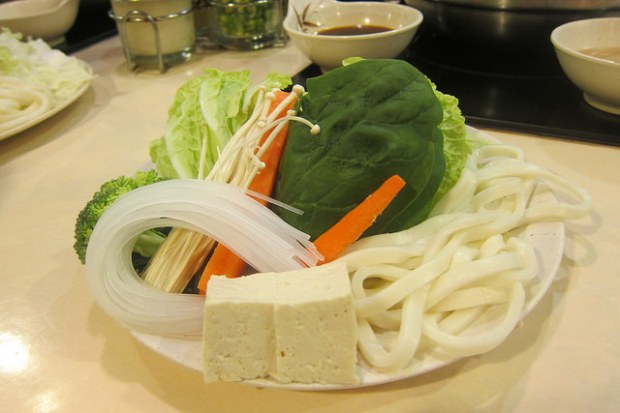 Your meal starts with a small dish of veggies, tofu and noodles. Add at your leisure. I opted for the two-item combo with New York beef. For my two options, I chose scallops and shrimp. My friend got a dish of salmon. I may have been a bit greedy because we also ordered sides of pork and prime beef ribeye as well.

You get two dipping sauces; goma (sesame) and ponzu. Cal Shabu offers hot drops to make things spicier. I do recommend only a drop or two for a little bit of spice without the painful burn. 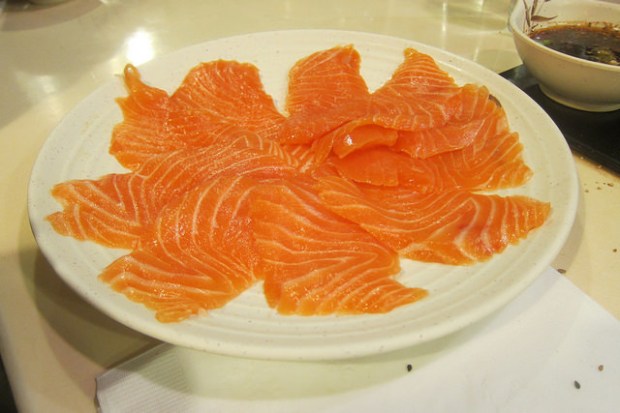 I generally prefer raw salmon but a quick poach in soup left this fish quite tender. You have a choice of white or brown rice. I went with white rice since I wasn’t particularly feeling too healthy though the meal itself felt very healthy. 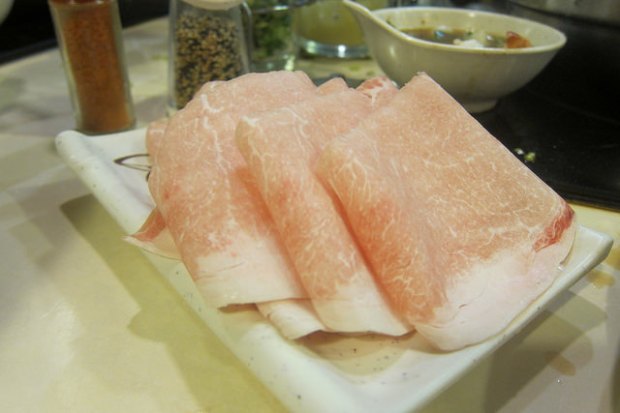 I really enjoyed the shrimp, scallops and pork. I might get more seafood next time. Mussels, anyone? 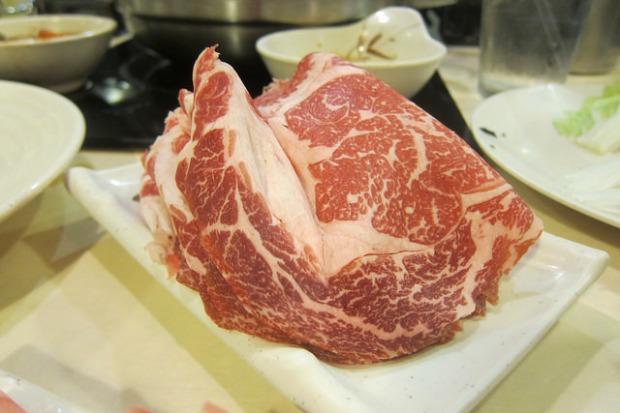 I asked what was the most popular cut of beef and the prime beef ribeye won hands down. I can tell from the marbling that it was going to be awesome. Cal Shabu also offers one more level of premium beef, Kobe beef ribeye. 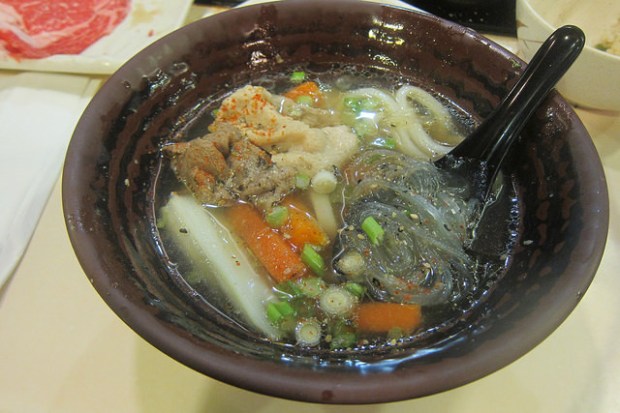 In the end, you can ask for a bowl to create your own noodle soup. They jazz it up with a little bit of ponzu. I also added green onions, sesame seeds and pepper. 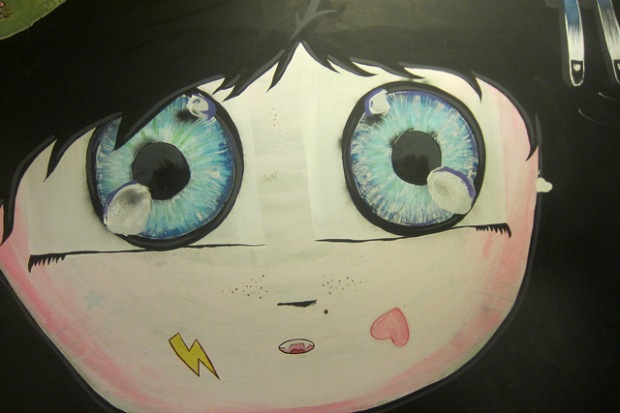 I loved the cute anime-like murals of Cal Shabu South Coast. It’s very fun and I feel super modern. Something like the next level of shabu shabu.