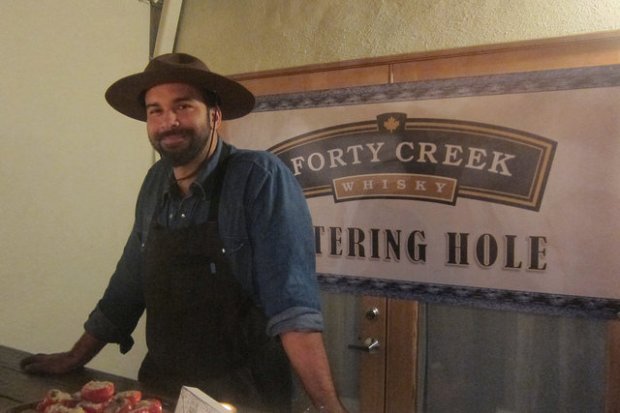 Recently I checked out Forty Creek Canadian whisky at a private dinner. Forty Creek brought out Chef Hugue Dufour from M. Wells Steakhouse in  New York and Julian Cox whipped up drinks for everyone.

Guest were first served Canada’s version of a Bloody Mary, a Bloody Caesar which distinguishes itself from its American friend with seafood. Except in this case, Julian made an oyster leaf distillate which means the drink was actually vegetarian.

I loved the presentation of the Caesar in the little maple leaf bottle. 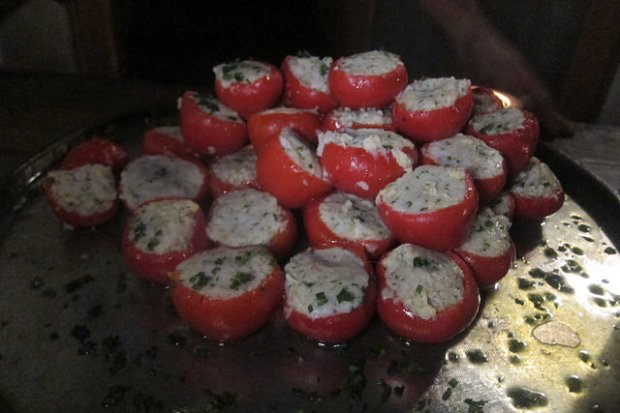 trout stuffed peppers for the Caesars… or just straight up snacking

I nibbled on the peppers stuffed with trout with the Bloody Casesar. Delicious! And if you were lucky, you got fresh veal brains that were going around the campfire too. 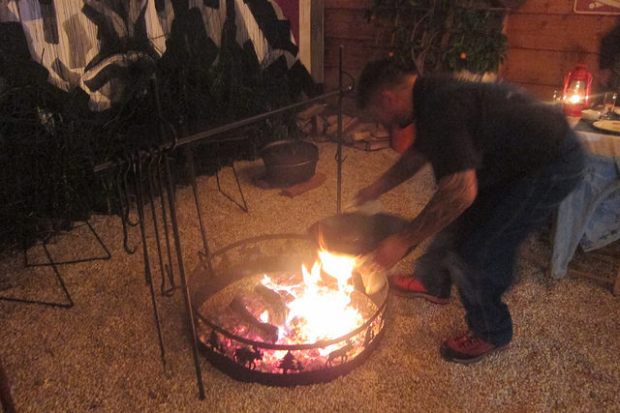 minding the fire of the cook out

Oh yes, did I mention the campfire? Dinner was cooked over an open flame in the backyard. As we sat down, we tried herring cakes and an assortment of fresh veggies with lobster butter. My fave was radish and the butter.

Next came the crab. The chef who is Canadian explained some of his favorite late night meals was going to Chinatown in Montreal and of course there was an abundance of seafood. He does a wonderful and very tasty crab that conjures up those late nights. It was work getting out the crab meat but so worth it. 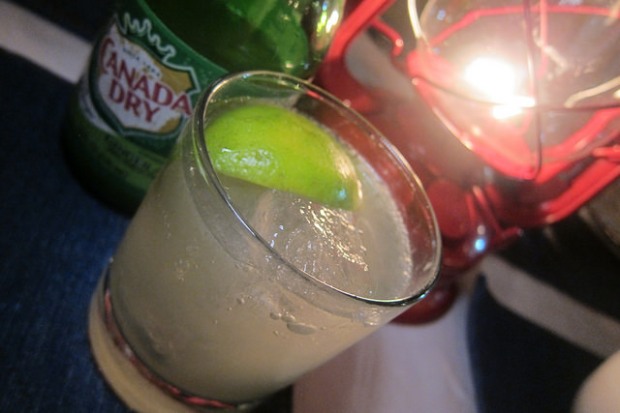 It was really nice to get something fizzy with the crab. Julian explained his Everybody Loves Raymond Massey which was served in the Canada Dry bottle that had been re-carbonated. 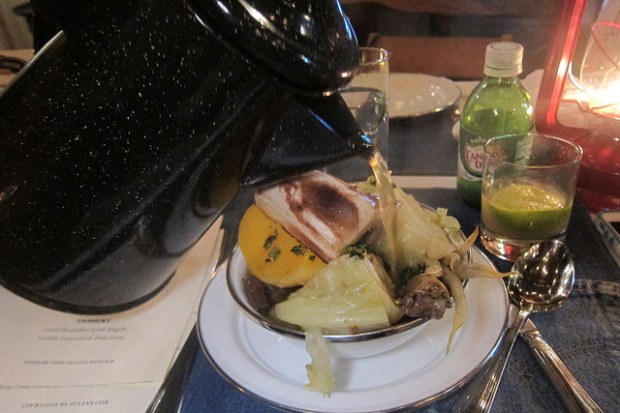 pouring the broth into the pot au feu

Just when I thought I was full, out came the pot au feu.

look at that bone marrow!

This hearty meal was more than a stew with marrow and chunks of vegetables.

Julian served a fun drink with the pot au feu called Dem Apples, Eh. I love how a lot of his drinks will feature something in multiple applications in one drink. In this case, it were apples and pears as juice, butter and garnish. 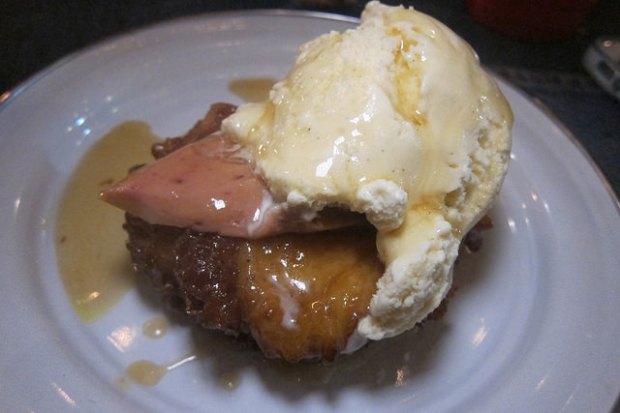 The dessert of fried pancakes (fried in duck fat!) with maple, vanilla custard and FOIE GRAS was so good. I wanted to eat all of it but ended up just eating all the foie. It was so rich and heavenly.

Sir John A. “Not Hot” Toddy

Finishing off the night, we had a cold toddy. It was a deceptively simple drink but there was a lot of work put into it including the foam you see– it’s actually lemon air made with lemon juice and simple syrup. You add in lecithin to taste and use an immersion blender to froth that lemon air up.

On cold nights, I think about this dinner and wonder when I can make it out to Canada, specifically Montreal or even NYC? But until then, I have Forty Creek Whisky to keep me company here in sunny Los Angeles.

One thought on “Recap: Dinner with Forty Creek Canadian Whisky”