After a late show, we headed over to Pho 22 for a quick dinner. I was glad the restaurant has later hours. Sometimes it’s hard to find something that stays open past 9 p.m. on weekdays in the Valley. Plus I’m always down for Vietnamese noodles and naturally we had to order the egg rolls to start.

The egg rolls were piping hot. I was missing the pickled veggies but I suppose you could fish out some of the carrot strips floating in the fish sauce. I also missed having mint to go with the egg rolls. 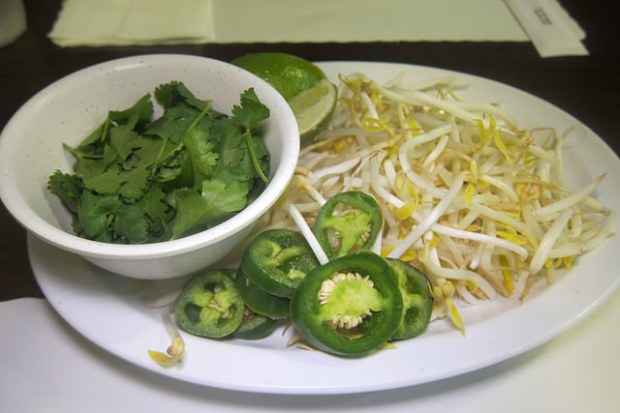 The herbs that arrived with the noodles were a bit confusing. While there was a ton of bean sprouts and sliced jalepeno peppers, I noticed the lack of basil. Instead, we were given a bowl of cilantro.

Here’s my dressed bowl of pho dac biet + seafood. Usually I just get dac biet which is heavy on the offal but Pho 22 doesn’t serve theirs with meatballs. I noticed I could get my ideal bowl with meatballs and also seafood. It seemed like a great idea until you realize you get very little seafood. The shrimp weren’t seasoned at all. Overall, it was fine but I really felt something was missing. Perhaps it was the broth.

I did appreciate the beansprouts though. 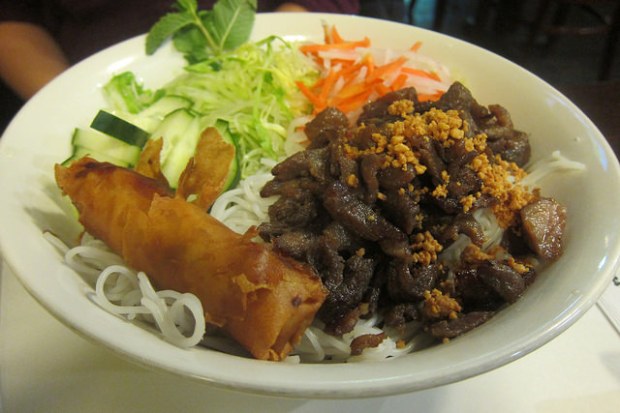 bun with pork and eggroll

My friend said if you have never had Vietnamese food before, you would love this place. But since she was born in Vietnam, I’m going to trust her word that there’s much better Vietnamese food in the Valley.

She had the bun mi with pork and egg roll. She felt her pork wasn’t marinated properly. And she was not into the shredded iceberg lettuce at all. Usually it’s chopped romaine or something a bit more nutritious.

I’m still glad we tried it but will continue to look for late night spots in the Valley.