DTLA: Dinner and Cocktails at Miro 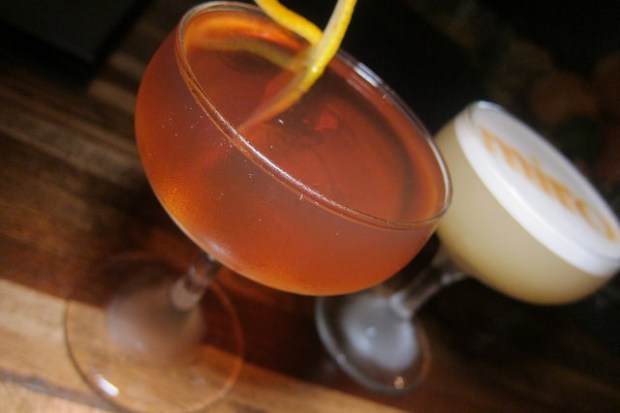 I recently checked out Miro, a new restaurant in Downtown Los Angeles. We started with a couple of cocktails as we perused the dinner menu that covered all the basics and then some.

I’m always in a Manhattan variation mood and gave Affinity a whirl. It’s a perfect (both sweet and dry vermouths) Rob Roy (a Scotch Manhattan with only sweet vermouth) topped with orange bitters.

My friend had the Amaretto Sour which we were told was the Jeffrey Morganthaler modern interpretation of the drink which includes whiskey!

meat and cheese board

You’re able to mix and match cured meats and cheeses to create a custom meat and cheese board. To make things easier, we described the kinds of cheeses and meat we like to our server who put together a nice selection for us.

If you order the bread service, it includes focaccia and house-churned butter. I also enjoyed dipping the bread into the local olive oil.

When you want a salad and your friend wants more cheese, the roasted beet salad is the way to go. You get a nice selection of beets on top of creamy burrata.

Really, we could not get enough of burrata so we got the wood-grilled peaches with burrata and house cured ham. The sweet and savory notes were hitting all the points tonight.

During dinner, we tried out the Hemingway Daiquiri and the Old Cuban. I always remember Old Cubans fondly because I first had one in London years ago. Rum makes an excellent beverage companion to our food. 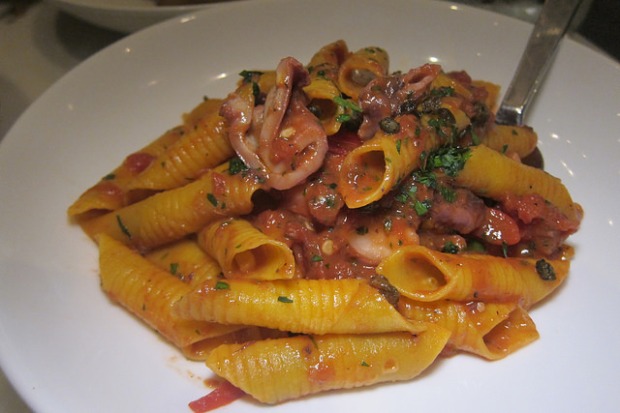 As mentioned we did get the garganelli with the braised octopus. While I found the wood-grilled octopus a little chewier, the braised octopus was perfect. I also liked how al dente the pasta was. I’m thinking about trying the spaghetti bolognese next time. Or perhaps the trofie which spicy sausage with broccoli and burrata. 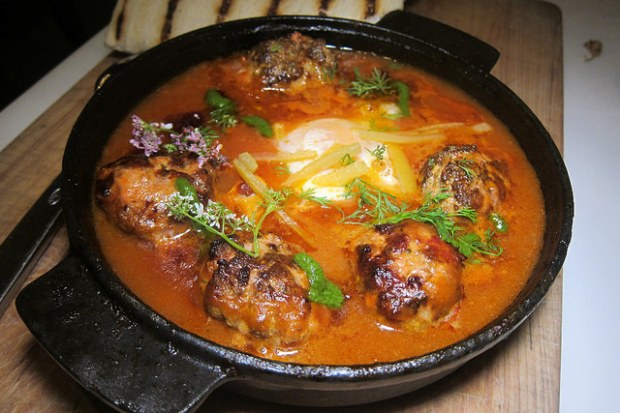 We asked the server would it be too saucy to get both the lamb kofta (meatballs) and the Portuguese shellfish stew. He didn’t think so and encouraged us to get both since he felt they were different enough dishes.

I had an excellent time shucking all the shellfish in the Portuguese shellfish stew. My favorite thing is to rid all the shellfish of its shells and then enjoy the hearty stew. Some of the clams were enormous! The shells were almost as big as the mussels.

Miro has a bar downstairs as well as a special room they’re calling the Whiskey Library. More on that soon.

One thought on “DTLA: Dinner and Cocktails at Miro”