My best friend asked me what I wanted for dinner while I was visiting her in the Valley. I said I wanted either Korean, Japanese or Mexican food. She decided to take me to Pine Tree for Korean BBQ.

Being a fan of KBBQ, I have been to some charming hole-in-the-walls to posh spots with K-pop videos playing non-stop. I like them all and I particularly like a good banchan selection. Pine Tree had the usual suspects though I was a little surprised rice was already set out for us.

We ordered the steamed egg and soup with the all-you-can-eat meals. 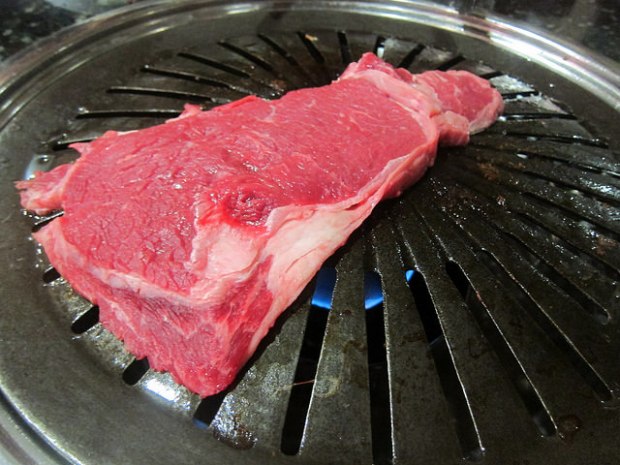 Our server said we could up to four meats at a time. We started out with three non-marinated meats and the marinated beef was recommended to us. I like to start off with non-marinated because it keeps the grill slightly cleaner.

The ribeye was thinly but quite the big portion when it’s just the two of us.

order four meats at a time

We also got brisket and pork belly. 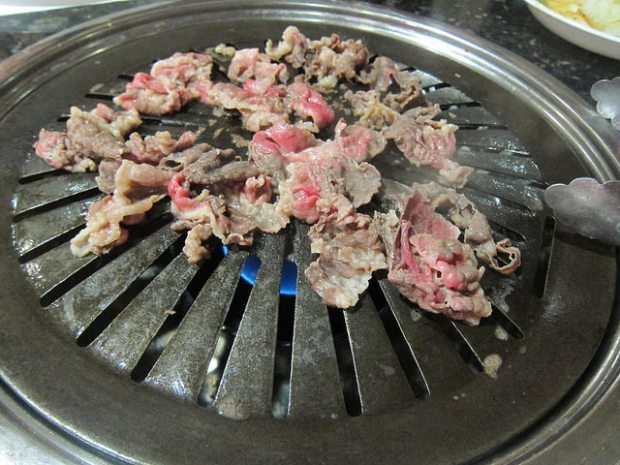 I know some people could just eat gobs of brisket which is a good thing because it cooks so quickly.

I had never seasoned the non-marinated meats before as they grilled preferring to dip the various meats in the sauces but I could see merit in it. We experimented with the salt/pepper on the table on the steak. I would have tried sesame oil but the meats weren’t actually sticking and since the smoking point is so high on sesame oil, I decided in certain cases, dipping is far superior.

Refills on water, banchan and meat orders came very quickly. I can see why this is a neighborhood favorite and was probably worth the 30 minutes or so we waited for a table. I wouldn’t go as far as saying this replaces any number of KBBQ spots in Koreatown in Los Angeles but when you live in the Valley, this is a much closer drive.