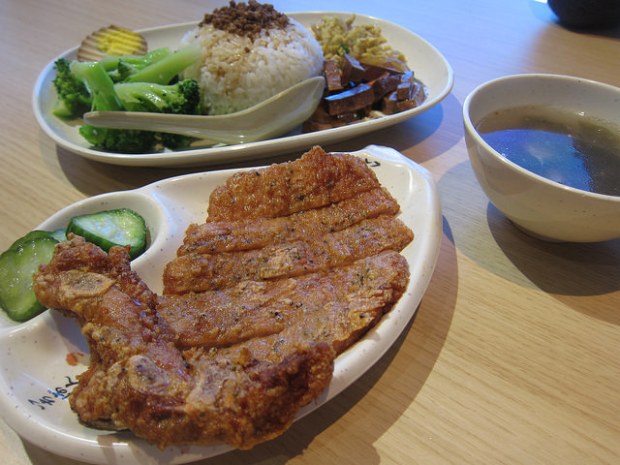 I was looking for a lunch spot yesterday in east San Gabriel Valley and a friend recommended Kingchops in the City of Industry. It’s an offshoot of a popular chain in Taiwan and has been around since the 1960s. They’re know for pork chop rice. 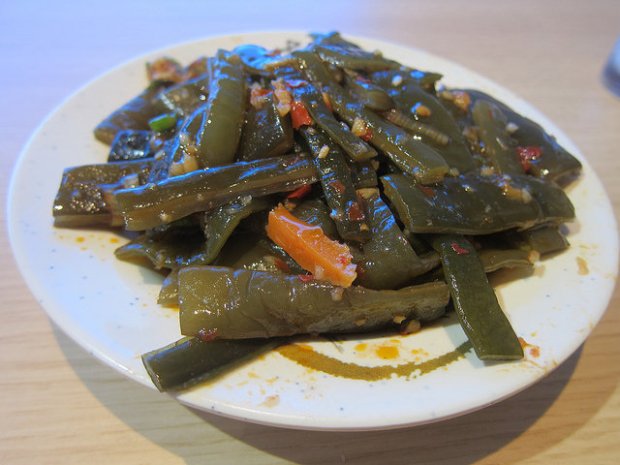 While we waited for our food, we got a couple of appetizers. I love seaweed in all forms so I loved the seaweed salad of course. I loved that the seaweed was cut almost like Mexican nopalitas (cactus) salad. 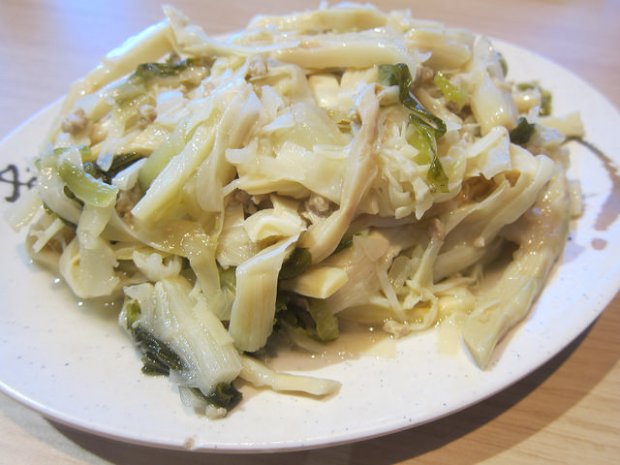 We also ordered the steamed bamboo, which is not to be mistaken for the bamboo salad. The steamed bamboo comes with a variety of other things including preserved vegetables and little pieces of lily bud. It was also way too salty which I later used to give the beef noodle soup some additional flavoring.

For lunch, you have a choice of getting the pork chop with either rice or noodles. If you get it with rice, it comes with a small bowl of seaweed soup and the rice was topped with minced meat. It also came with a selection of little bites including broccoli, pickles, tofu, scrambled eggs and a half of a hard-boiled eggs.

The soup was super salty, redolent of anchovy or perhaps some other equally salty dried fish. Of the varied sides, I liked the broccoli best. It had the slightest hint of sesame. I was sad about the pickles which were too sweet.

The star was the pepper pork chop which isn’t as crispy as I like but that seems to be how it’s served- fried then sauced. The pork was tender and I can see why it was popular for lunch. My friend and I however thought there was something missing.. maybe the full recipe wasn’t given to the American branch. 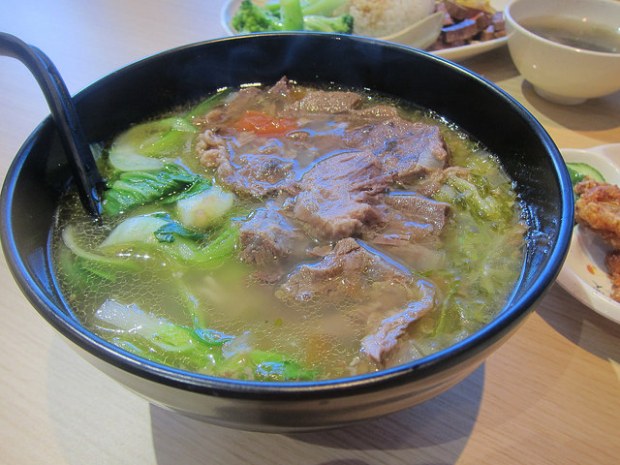 There are other items on the menu though. We thought about getting the curry or maybe the wonton noodle soup. But since we were at a Taiwanese spot, I thought it would be more appropriate to get beef noodle soup.

I was a little surprised by the beef noodle soup. It wasn’t spicy which I was expecting but rather a nourishing soup that you wanted to drink more of but then you’d waddle around the rest of the day. There was a ton of tender beef and almost an embarrassing amount of noodles. Even though I’m quite the noodles fiend, I didn’t particularly enjoy these noodles. It wasn’t that they were mushy. I’m fine with soft noodles. But they were almost flavorless and just balled up into almost a solid, vaguely plastic-y taste as you were chewing. I ended up just drinking the soup and eating the beef.

Overall, I would probably get the porkchop again if I was in the area but I suspect the original locations in Taiwan are much better. I did like the homey shop and the folks were nice enough so I want them to do well. Maybe they should talk to the original shop to see if they really got the full recipe…

← DTLA: Brunch at Manuela
Encino: Blast to the Past at Versailles Cuban Restaurant →