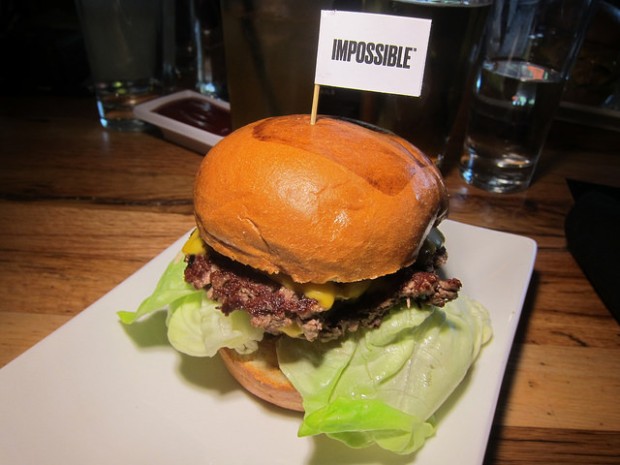 I checked out the meatless Impossible Burger at Umami Burger. It’s now available at 9 different Umami locations. It’s the biggest Impossible burger launch since its introduction just about a year ago. You could find it at about 10-12 spots around the country but with the Umami partnership, they just about doubled that. And with a new facility opening soon, they’ll be able to turn out 100x the product in the near future. 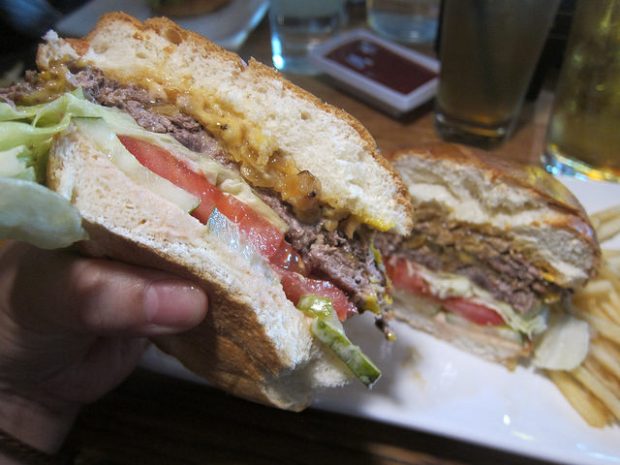 close up on interior of the burger

The so-called “bleeding” patty actually didn’t bleed when I had it— the ground meat substitute actually looked like well done meat. Umami serves it as a double cheese burger. Yep, real cheese (so this burger is vegetarian, not vegan) along with their Umami sauce and dust (it’s a secret recipe). I liked that Umami was able to achieve a char on the patties. The first step to fooling a meat eater…

I found the patties were just a tiny bit mushy but I think most wouldn’t notice. It’s very tasty and I enjoyed the crisp lettuce, good tomatoes, pickles and yes, the meatless option. In fact, Impossible Foods target are meat eaters. They want to save the environment but getting people to eat less meat as meat production has some serious footprints. 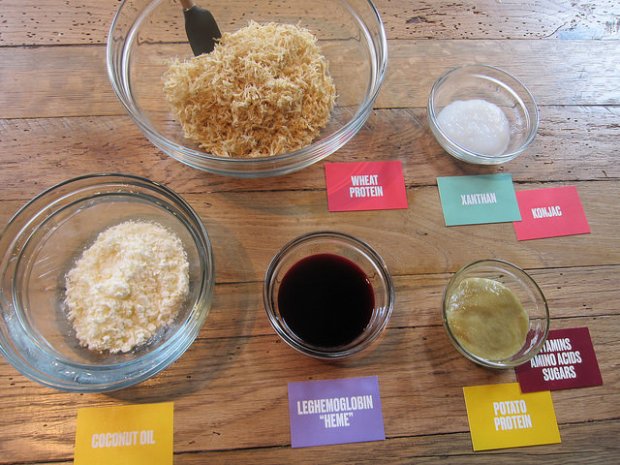 ingredients of an Impossible burger patty

When Umami or whoever else is selling Impossible Foods’ ground meat sub, they are getting wheat and potato proteins mixed with binders (xanthan and konjac), “heme” (leghemoglobin); the flavor and the fat (coconut oil). There are also vitamins, amino acids and sugars. Impossible says all these are natural and I watched them mix up a batch fairly quickly. 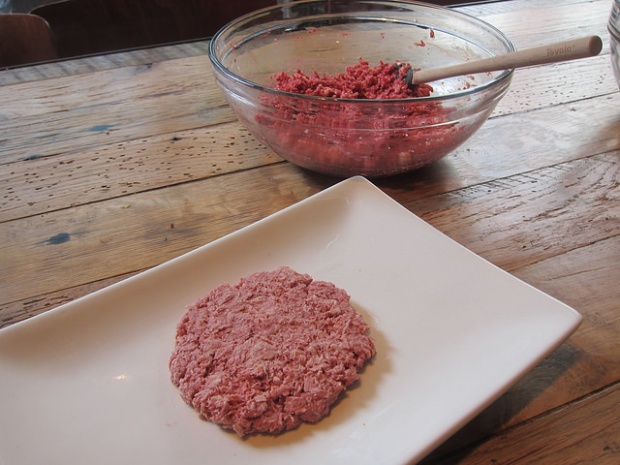 Impossible burger in its raw state

I heard local vegan restaurant Crossroads sells this entirely vegan with just a bun, ketchup and mustard. I much prefer Umami’s version which made me think about McDonald’s Big Mac.

← DTLA: The Slipper Clutch Bar Is Now Open
DTLA: Drinks at The Boardroom, The New Speakeasy at Kendall’s →

One thought on “DTLA: Impossible Burger Now at Umami Burger”