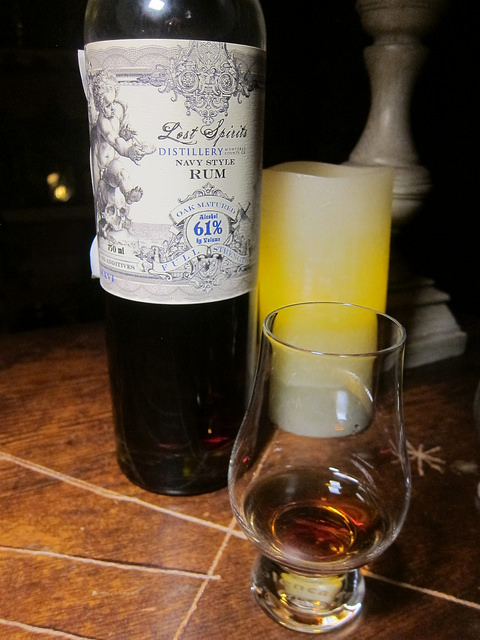 Lost Spirits Distillery in the Arts District of Downtown Los Angeles has one of the most magical tours I’ve ever been on. I’ve seen plenty of distilleries which usually includes some tremendous stills and then a straight forward tasting of their spirits.

Going to Lost Spirits was an adventure and truly unique. Once you sign in and waive a few rights (just kidding, they want you to be safe), you’re led to what I could only describe as a boat landing. We enjoyed a taste of the navy-style rum. And slowly you begin to learn about rapid aging technology.

Plenty of distilleries take pride in their long-aged spirits; 8, 10, 12 years and so on. I enjoy a fine 18-year-old (hey, it’s legal!) scotch every now and then. With a greater interest in whisky and other spirits, we’re going to experience a crisis fairly soon- whisky shortage. And I suspect the limited supply will be very expensive.

In comes rapid aging. Lost Spirits can turn out a product that can rival any aged whisky in a week or so thanks to their equipment. 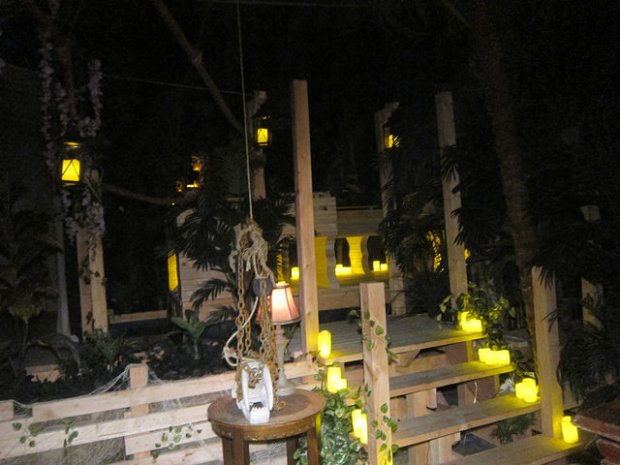 I’m not a very technical or scientific person- I only made it to AP Bio and regular chem before I tapped out. But needless to say you can get really nerdy with chemical compounds and isolating flavors. You could watch the power point (and we got the extended version) or just enjoy the spirits as I did. I’m not going to spoil the tour by describing every fun detail but you have to go on the tour. You might just end up in some fantastic place straight out of the movies.

Here’s a hint– you’re not on an island but it could be.. maybe? Let’s go on the tour again.

Some may think of rapid aging as an abomination and I thought it was hilarious Lost Spirits named their heavily peated malts that. They are going to rapid age their own distillate (the booze juice) but this was imported from Scotland (you could think of it as scotch but the Scots may not want you to).

Currently there are two and each are named after a chapter from The Island of Dr. Moreau.

Crying of the Puma (red label) –  I loved this one!

And no tour is complete without a gift shop. The one at Lost Spirits is very… animated.

So book your tour and be prepared to be transported to the jungle (ooh, maybe I said too much?). Just go and enjoy!