The NoMad Hotel in Los Angeles is now officially open. I checked it out a couple of weeks ago during a friends and family preview. We shared some drinks and food and it was so much fun to see the whole place rockin’ out.

We had food downstairs in the lobby. The burger was really great. All the food is from Chef Daniel Humm. I’ve been dying to go to his New York restaurant Eleven Madison Park for years. It’s not quite the same (definitely less formal for lobby dining) but it’s very solid. I’d like to try the more formal upstairs Mezzanine one day for dinner.

Real men drink pink drinks. Guys in our group ordered a couple of blinkers. I thought of them as whiskey daiquiris with a touch of raspberry. 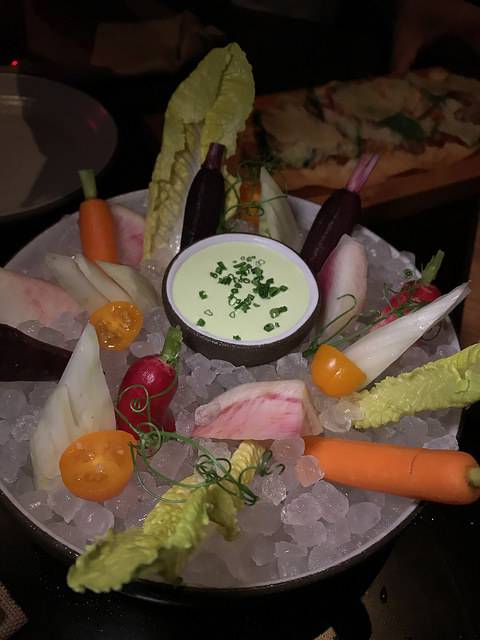 I was really impressed with the awesome presentation of the simple crudite. Good dressing as well. Go for the hand salad, guys.

I’m a big fan of fava beans and I thought this hummus was very tasty. 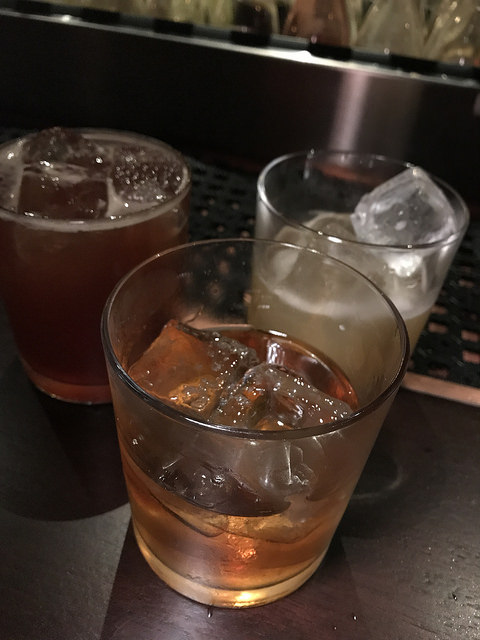 En Maison (Pandan Express in the back right)

I tried the En Maison drink which had enough surprise elements to my standard brown, stirred and bitter cocktail. The sherry and verjus gave it a bit of tartness as did the coffee-infused Ango.

A friend had the Pandan Express. It was fairly dark at the bar so I didn’t catch it had so many ingredients at first. Unsurprisingly, it all worked though including the pandan-infused Scotch and brown butter. The only thing is I wouldn’t put it under the darkly spirited page. Perhaps because it felt more easy breezy than sipping in front of a hypothetical roaring fire. 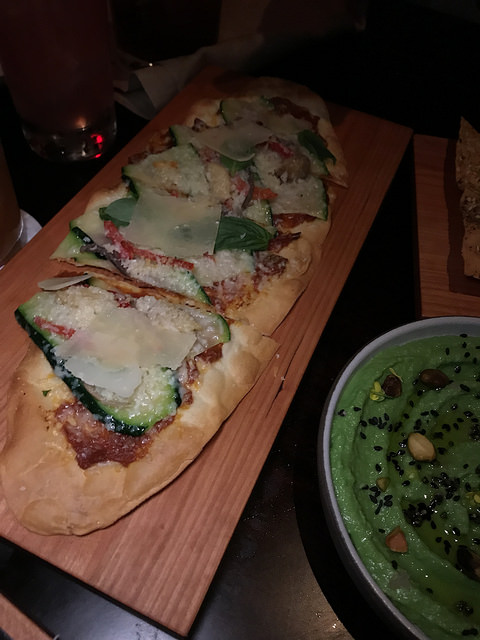 I also tried the veggie flatbread. I normally go for sausage or mushroom pizza if I was having such a thing but zucchini was interesting.

If you have a burger, of course you should have fries to go with! These were piping hot!

I can’t wait to go back to try more cocktails. And eat an actual dinner! But until then I’ll check out the lobby for lunch, the coffee bar (which turns into an amaro bar at night) and that huge drinks menu at the Gianni bar, the bar off the lobby.

2 thoughts on “DTLA: The NoMad Hotel Is Now Open”