The Minty’s Whiskey Week continues with the new Glenfiddich‘s Fire & Cane. The Speyside Scottish whisky company has been experimenting quite a bit with their whisky. Fire & Cane is the fourth release in their Experimental series.

Fire & Cane is peated whisky finished in South American rum barrels. Which rum is not disclosed — as of yet. Perhaps a more intrepid writer will sniff it out.

I checked out the launch party at the Nomad‘s rooftop bar recently. 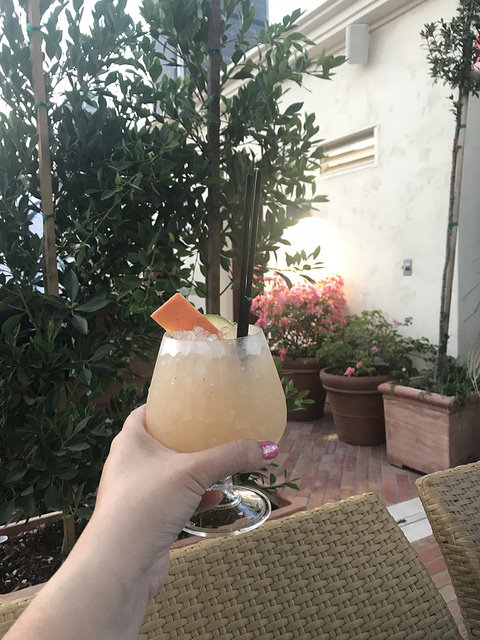 I’ve always appreciated Glenfiddich as being a bit unconventional. Unlike Islay scotch, this peated whisky tends to be more gentle. And I absolutely adore the Glenfiddich 14 which is finished in bourbon casks. So, I anticipated really liking Fire and Cane.

I found it to be an even bigger peat bomb than any other Fiddichs, I’ve had. But the sweetness of the rum cask shines through.

And so it’s not a surprise that of the two drinks we tried with Fire & Cane at Nomad was a tiki-inspired drink.

We also had some nibbles on the rooftop that went well with the drinks including scallops.

Everyone really enjoyed the pretty carrot tartare. I’m not a huge carrots fan so I only tasted this.

The hummus is quite creamy! 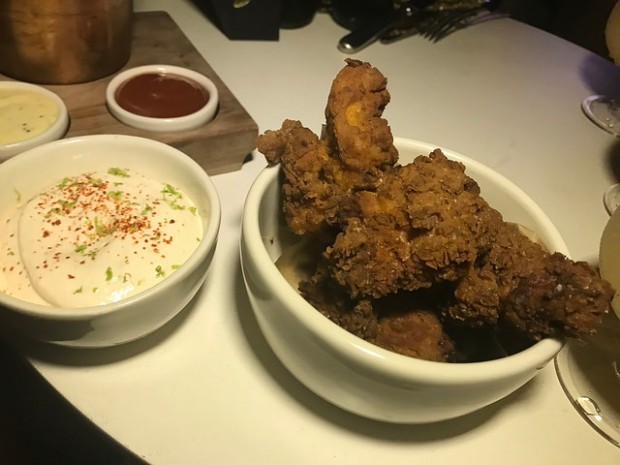 And like starving people, we ate up all the fried chicken and fries. 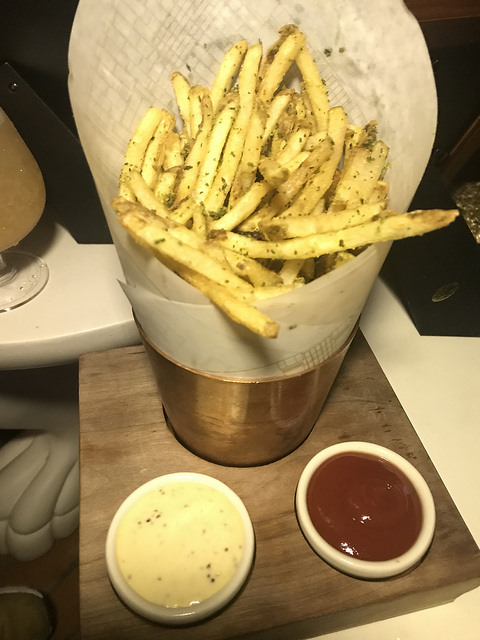 Crispy fries! I’ll have to come back to enjoy another meal and drinks on the rooftop before it gets cooler in LA.

It was getting chilly and dark on the rooftop so we headed downstairs to the Gianni bar at the Nomad.

drinks at the Gianni bar at the Nomad

We had Penicillins and a whisky sour made with Glenfiddich.

I asked for something stirred with Glenfiddich and got something wonderful. 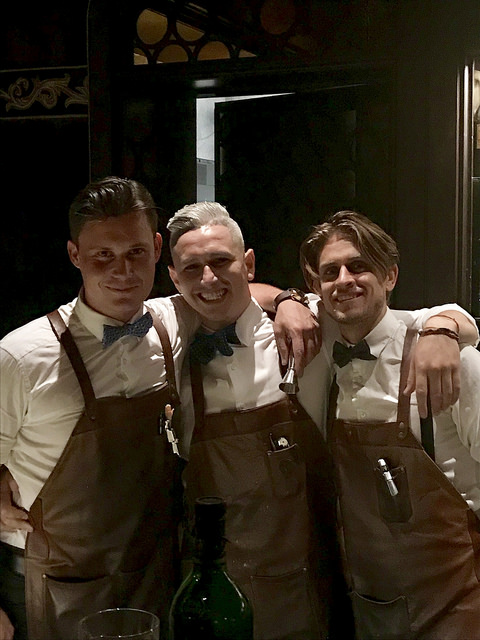 bartenders at The Nomad

I enjoyed Fire & Cane and it’ll be a fun tasting to do all the available Fiddichs together or at least the four from the Experimental line. The other three include India Pale Ale Cask Finnish, Glenfiddich Project XX and Glenfiddich Winter Storm.