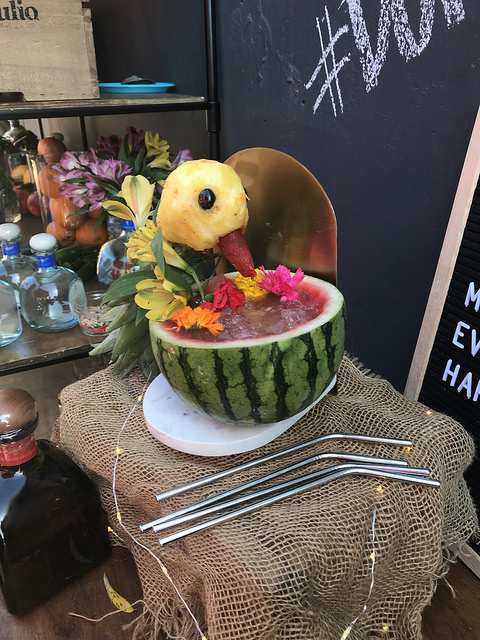 The Winning Don Julio Paloma by Ilugy and Aaron

I was recently invited to a Don Julio post Cinco de Mayo party for the LA Cocktail Community held at the Hedley & Bennett apron factory. 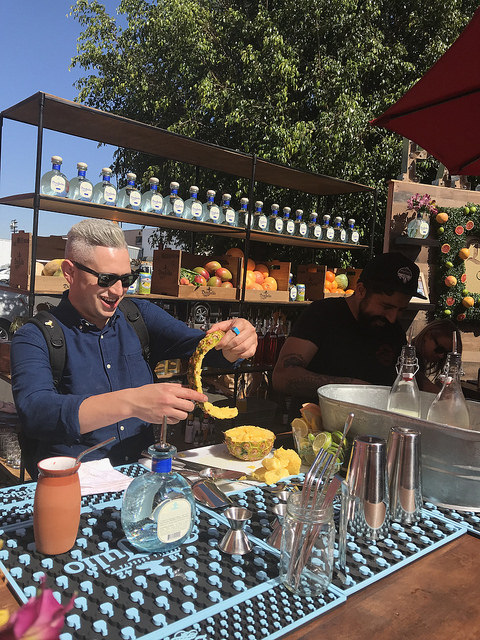 There was also an informal paloma competition. Ilugy Recinos and Aaron Melendrez teamed up to win for their paloma served in a mini watermelon that was garnished with a pineapple parrot (shown above). They won the Don Julio 1942 – good thing it was the magnum sized bottle! 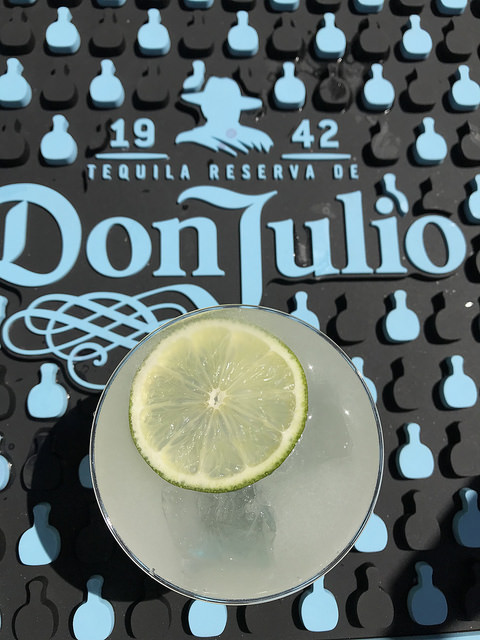 There were palomas available but I opted for the Tommy’s Margarita on draft. Mm, delicious. 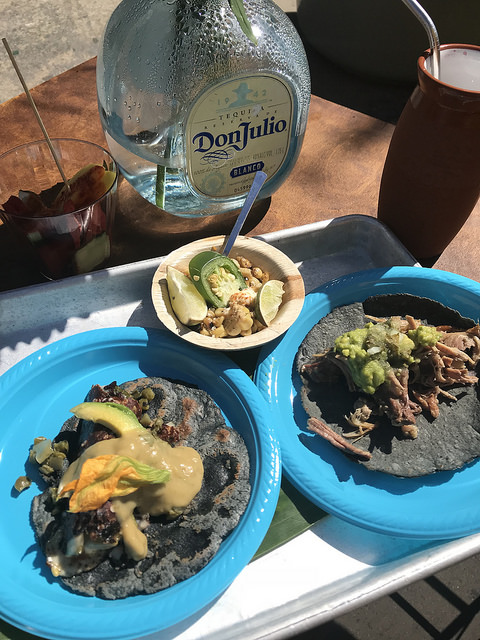 Next to the stage with the live music was a grill for tacos. I waited for the pork and veggie tacos plus I grabbed a mini bowl of esquites (corn). Everything was delicious. There was also a DIY guacamole station inside the building. I had a good time adding crab and lobster to mine. 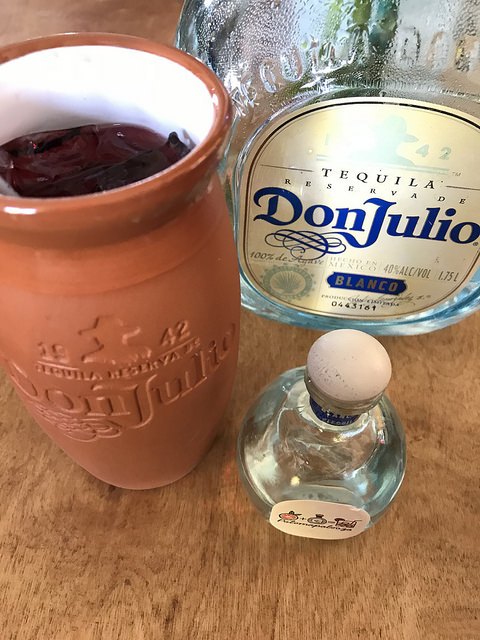 There were plenty of agua frescas (fresh juices). I added a little Don Julio blanco to my jamaica (hibiscus) juice. 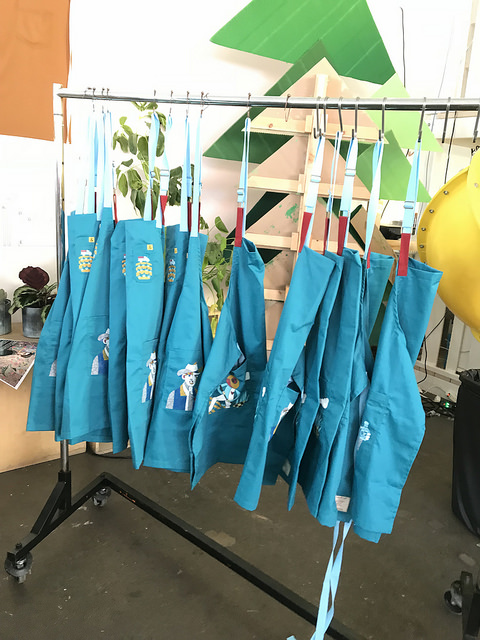 Plus we got to customize a Hedley & Bennett apron that had been designed for Don Julio. We could add pins and patches but my favorite thing was getting my name embroidered! 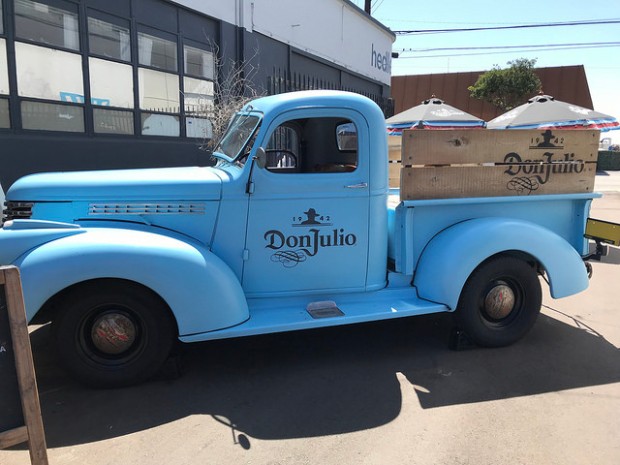 Thank you to Don Julio and Hedley & Bennett for an awesome day. If all Cinco de Mayo parties were as cool as this, I could be down for this drinking holiday every year!