the best kind of book club…

I had a lot of fun at this bottle share thrown by a member of the South Bay Whisky Tribe. I’d like to call this bottle share, The Bookclub, as I tasted a couple of Arran bottles “hidden” in books.

such a cool way to keep your Scotch safe

I mentioned in my last post about the really huge bottle shares that are sometimes the efforts of several clubs joining forces. Many enthusiasts tend to belong to one or more club.

What’s really fun is when members join forces and bring various vintages and expressions from a particular brand to create a mega tasting. I’ve seen some massive ones associated with clubs but those are generally private events that can get rather pricey. It’s still cheaper than buying all the bottles yourself though. 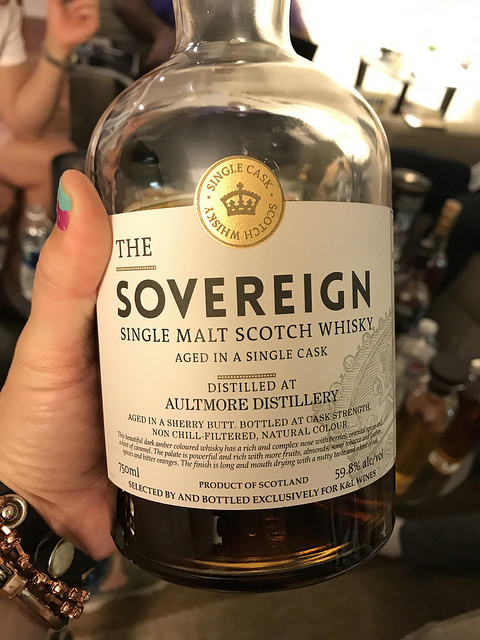 We did a mini Aultmore tasting between the The Sovereign’s bottling and Battlehill’s.

The Sovereign was very good and at a very reasonable price from a local shop. 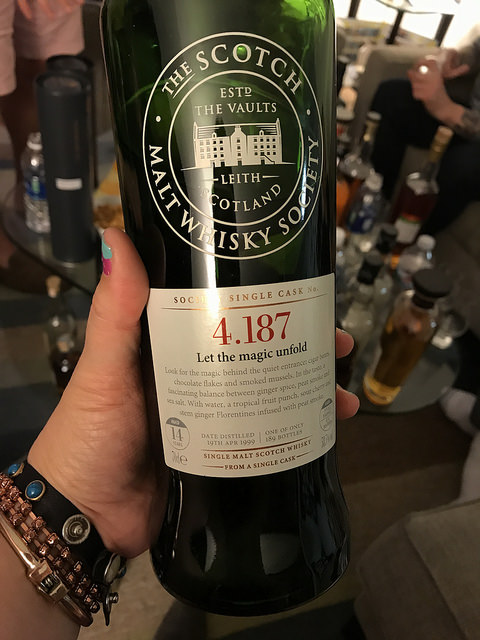 I’m also really fascinated by independent bottlers. I’ve seen various bottlings through the year including recently at the Whisky X show in Santa Monica. I think it’s fascinating they don’t disclose the distillery and instead name them by numbers. But they do have funny slogans / quotes which I like to read in a mystical voice. This one is especially approriate as it’s “Let the magic unfold” (SMWS 4.187)

And then this one. Tell me this isn’t something to sip on while reading tarot cards, “In a shaman’s teepee” (SMWS 4.176). I’m sure there are blog posts out there trying to figure exactly what the juice is for these bottles but something it’s nice to come in without an expectations and enjoy the liquid as is.

On the flip side, most bottlers do tell you what they have. This evening I tried a few from Signatory Vintage. I knew I had to try the 31 year old Caol Ila but friends also said the 15 year Bowmore was really great.

As expected, I liked the Caol Ila which is one of my favorite whiskies.

I had actually eaten dinner before going to this bottle share but I appreciated the host had plenty of food and water for everyone. The biggest tip I picked up this night, is to be respectful of everyone’s bottles and don’t over pour. It’s fine to revisit but it’s quite terrible if you end up not liking it and wasting the whisky. Not everyone has the same palate and someone else may appreciate what you didn’t care for.

What’s the Deal with Private Events?

How to Build Your Collection