My bottle share nights series ends with the last one I went to. It was interesting to go to one not conducted by a whiskey club member. This one was a private one among friends and friends of friends in the entertainment industry. This one usually takes place after Comic Con in San Diego but there was such an intense interest to have one sooner, the host agreed.

I thought it was great to leave out tips on how to drink single malt Scotch (as the theme of the night) and how the table was organized by region. It felt more inclusive though I did see most of the women still stood around on the fringes of the whisky. 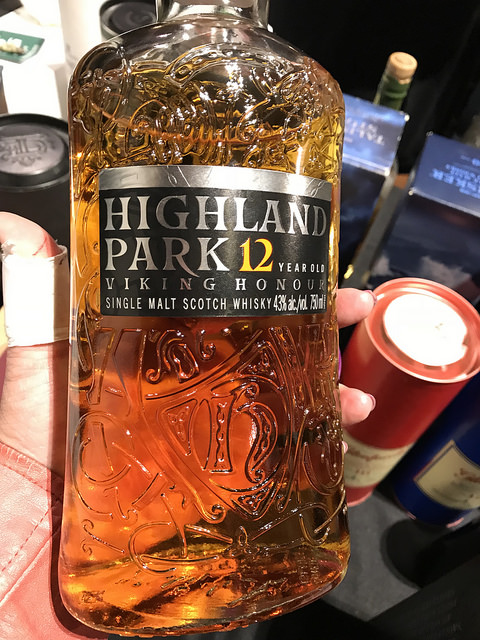 This particular host is not involved in the enthusiast community and therefore doesn’t go to whiskey club events. The collection was comprised of bottles people have brought through the years. Yes, that’s right, the host expected you to leave your bottle.

Generally I advise against bringing entry level bottles to bottle shares but now I understood why I saw so many 8, 10 and 12 year old bottles. The single malts were grouped together while the  “other” bottles which included other whiskies and spirits sat on the kitchen counter.

I wasn’t having much luck finding unicorns (well, unicorns to me) but I did have some nice drams including this Glenlivet Nadurra.

I managed to find a little left in this limited release Ledaig/ Tobermory. Yes, kill bottle! 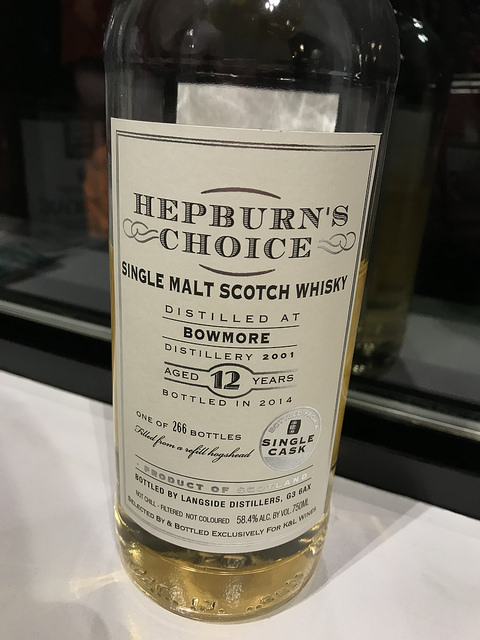 I always like seeing private bottlings. This Bowmore was bottled for California shop, K&L. 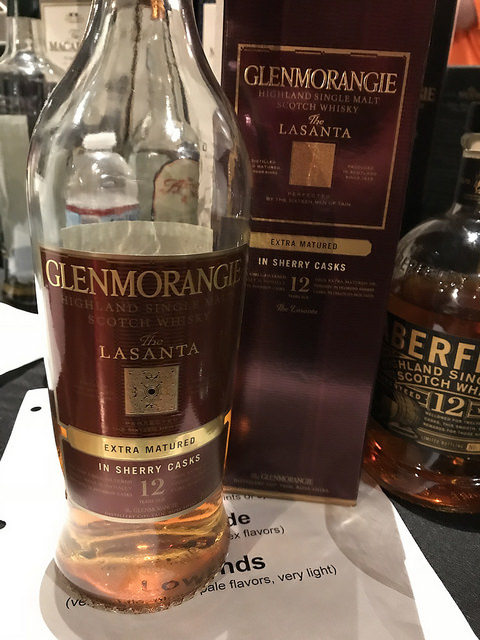 There were also enough Glenmorangie where I could create a good flight.

Of course I haven’t tried every single producer in Scotland so this was the first time I tried any Tomatins. I started with the basic ones and then moved up to this Tomatin Dualchas.

As it turned out, the best find of the night was not on the single malts table but this Exclusive Malts bottling of a 2002 Irish Whiskey.

Let’s recap the tips on bottle shares from my introduction post:

The host may provide glasses for tasting but feel free to bring your own glassware (the glass of choice tends to be a Glencairn). Bring multiple glasses so you can create your own flights. I have also seen people bring their own water (to rinse the glass and/or to drink). Also, throwing in a bag of little plastic taster cups isn’t a bad idea if you don’t want to carry glass around. I actually use those tiny red party cups (at less serious parties) and everyone loves that novelty.

Bring a bottle of two to share a drink. Don’t worry if no one tries your bottle(s). There is a lot of booze. If the theme is whisk(e)y, stick to the theme but it’s okay to bring something really special you want to share as well. (Edit- make sure you know what kind of party you’re going to… you might not want to leave your bottle!)

You may know the host well enough to know their collection so try not to bring anything they might have. This is like going to a restaurant and paying a corkage fee on a wine you brought when the restaurant has it in stock. (in this case, it didn’t apply but the host did end up with multiple bottles of the same entry level scotches)

If you’re at a bottle share with serious whisky drinkers and collectors, it’s best to ask if you could take home a sample. Don’t bring sample bottles expecting to fill them up. This is bad form– like bringing tupperware to a party and taking home all the deviled eggs..

I’d also like to add expecting folks to leave bottles at your party is not an acceptable way to build your whisky collection. I would suggest going to tastings either via bars, whiskey clubs or store events and figure out what you really like. Otherwise you might end up with a lot of random bottles of crap because no one wanted to leave you with really great bottles.

What’s the Deal with Private Events?

How to Build Your Collection

4 thoughts on “Bottle Share Nights: How To Build Your Collection”