I don’t forsee the ramen craze dying out anytime soon. Luckily this is a food trend I don’t mind. I checked out Kai Ramen on La Cienega recently. There are also two other locations in the LA area.

There were six of us so we ordered a couple of appetizers including a double order of gyoza. 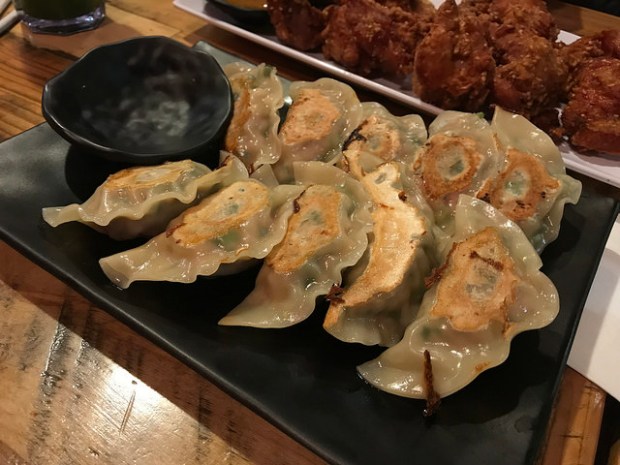 These dumplings were huge! The wrappers were delicate however and they were a tasty snack. 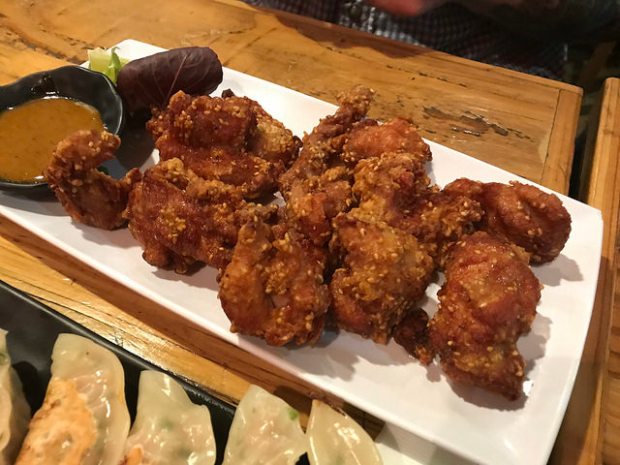 The karaage was okay. I felt the chicken wasn’t as juicy as I like but I’ve been spoiled lately with awesome fried chicken in Little Tokyo.

I was going to order one of their specialty ramens but I ended up trying the Tokyo negi bowl. It’s a soy sauce base with skinny noodles, a little bit of pork and a flavored egg. The egg was cold as was most of the bowl. I was a bit disappointed by that as I think ramen should be piping hot (and no, it’s not because I took pics of it– there’s no way it cooled down that much).

Overall, I’d return if I was in the area but I’ll continue chasing the best bowl of ramen in LA.