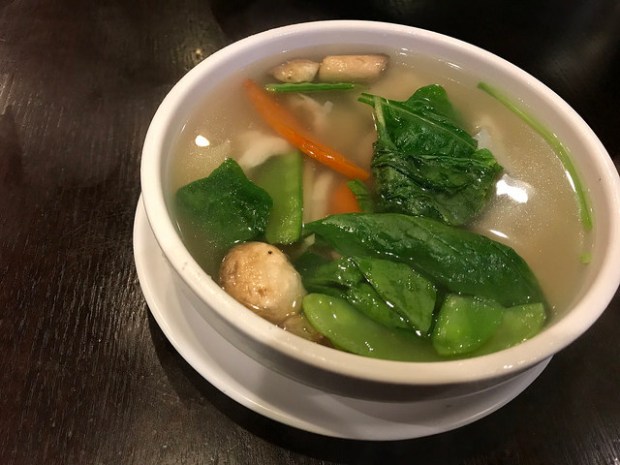 As part of Chinese Food Week on The Minty, I’m also exploring late night eats. It reminds me of when we’d go to pick up someone from the airport late at night and though most likely my relatives have eaten Chinese food while away, they can always eat more Chinese food. And American Chinese food is such an interesting fusion cuisine. It’s taking local ingredients and adapting to an American palate- which tends towards sweeter, heavier food.

One night I found myself in search of late night eats around the Beverly Center. We wound up at California Wok, a spot I’ve seen for years but only recently thought about checking out in the last few months. 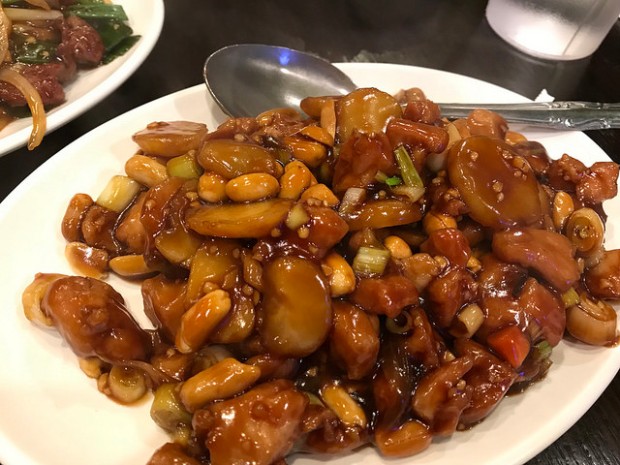 My friend had the Mongolian beef (not shown) while I ordered kung pao chicken. I also got wor wonton soup which had a lot of veggies including snow peas and spinach as well as pieces of chicken and shrimp. 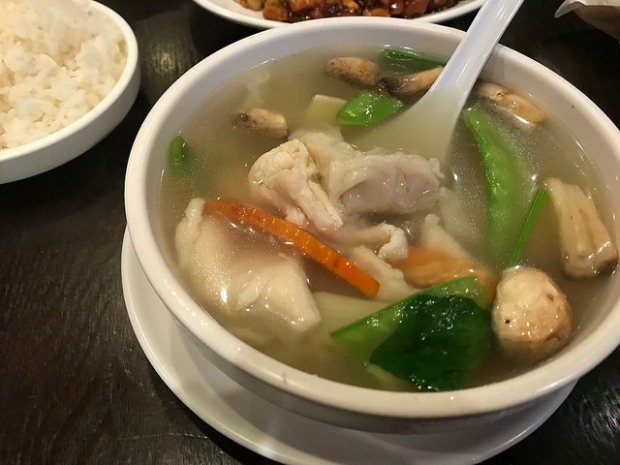 another look at the soup

I liked the soup only for the warming comfort in the evening. There was so much food, I ended up taking home all the leftovers.

I’d go back to the California Wok in a pinch. I tend to not want overly saucy food but California Wok ended up being a happy medium- enough to go with rice but not enough to think I was just consuming corn starched-thickened soy sauce gravy.