Madison: A Bar Crawl Through the Capital

I find one of the best ways to get to know a city and its neighborhoods is to explore the bars. We had a bar crawl around Madison, the capital of Wisconsin. And around the Capitol were many fine imbibing establishments– politicians and students (as Madison is also a college town) make good drinking buddies. We started our night at The Cooper’s Tavern which is described as a modern Irish bar.

I had a dram of Green Spot while taking in the atmosphere. I was trying to keep to a one and done rule so sadly I didn’t get to try the cocktails.

Drinks at Boar and Barrel

Not far from Cooper’s Tavern is Boar and Barrel,

Now this is my kind of place. There were a lot of cool whiskeys and the drinks list had a lot of intriguing things. I tried the Boared to Death while a friend had the Feathered Serpent. I picked the Boarded to the Death because we had just gone to Wisconsin Brewing Company and I tasted their Refresh Radler.

We really enjoyed both drinks but I like the conversation with our bartender best. He made some recommendations for other spots around town that I’ll have to get to if I’m in Madison again. 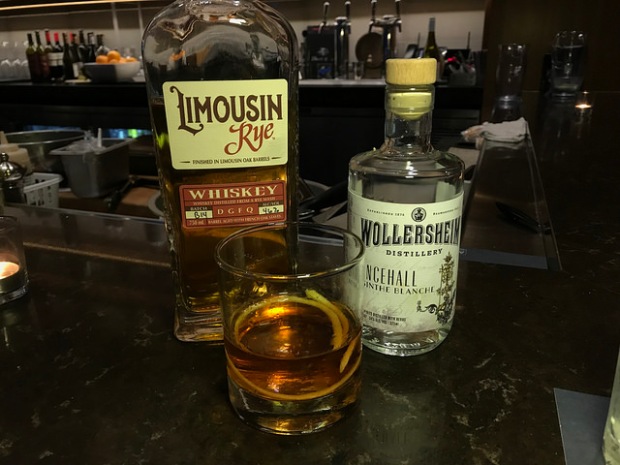 When we were at Dancing Goat Distillery, we got a recommendation to check out the Sazarac made with Limousin Rye from Dancing Goat at the AC Hotel. It also has another Wisconsin distillery product, the absinthe from Wollersheim.

We had a great time at the lobby bar but apparently the spot to be is the rooftop of this hotel. But as I said, I enjoyed the lobby bar and lots of folks at the bar also ordered snacks from the bartender. It was the first time I had seen pasta prepared at a bar so kudos to him! Five stars to culinary and bartending skills!

Thanks to Greater Madison Convention and Visitors Bureau for the opportunity to check out Madison!