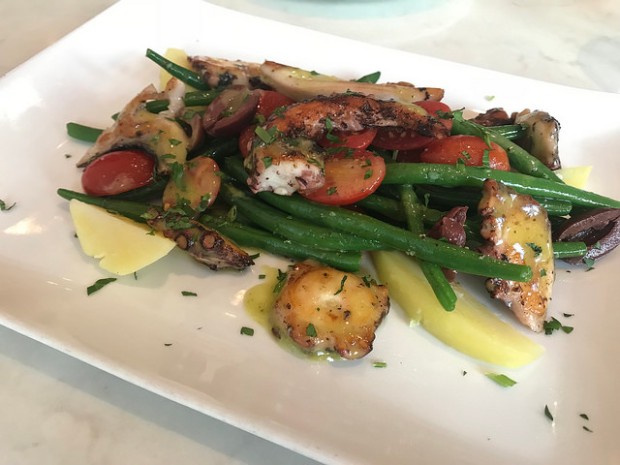 I’ve been to Vespaio countless times for lunch but this was the first time I checked them out for brunch. I went one weekend a couple months back. I shared the octopus appetizer with a friend. The octopus was done well- crispy and soft at the same time. Sometimes I don’t like getting grilled octopus because I fear the tentacles will get too crispy, ruining the texture. But Vespaio did a good job with this dish.

It was almost like a deconstructed Nicoise salad with the potatoes, tomatoes and green beans. Great sauce as well. 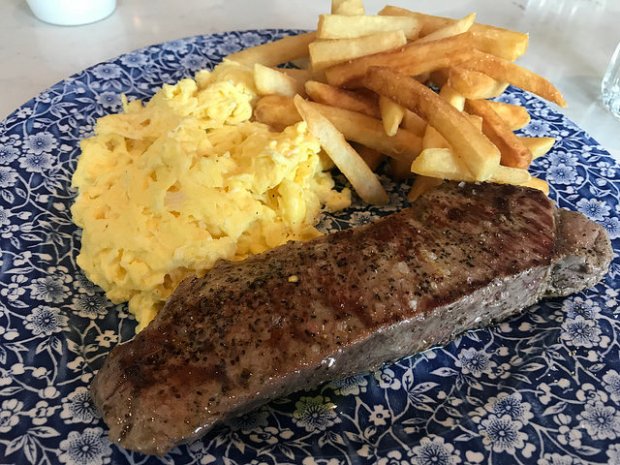 We were preparing to go to a show at the nearby Walt Disney Concert Hall so I didn’t have time for a Bloody Mary (Red Snapper with gin) but is it really a brunch then? Well, it was the weekend and damnit, I’m getting steak and eggs so yes, it’s brunch!

I asked for the steak to be medium rare but it was cooked medium. It was still juicy though and I didn’t need to get steak sauce.

I asked for the eggs to be soft scrambled which I don’t think they understood as they came out almost a hard scramble but still, they were edible and I had way too much of them. It’s a filling meal and I probably could have shared it.

My friend had a pasta  (not shown) which is what I usually get for lunch (during the weekdays).

Vespaio is good for happy hour, lunch or a quick bite before a show at the Music Center.